Home > Business Success and Challenges > Worth the wait? Billionaires who failed before they succeeded

Worth the wait? Billionaires who failed before they succeeded 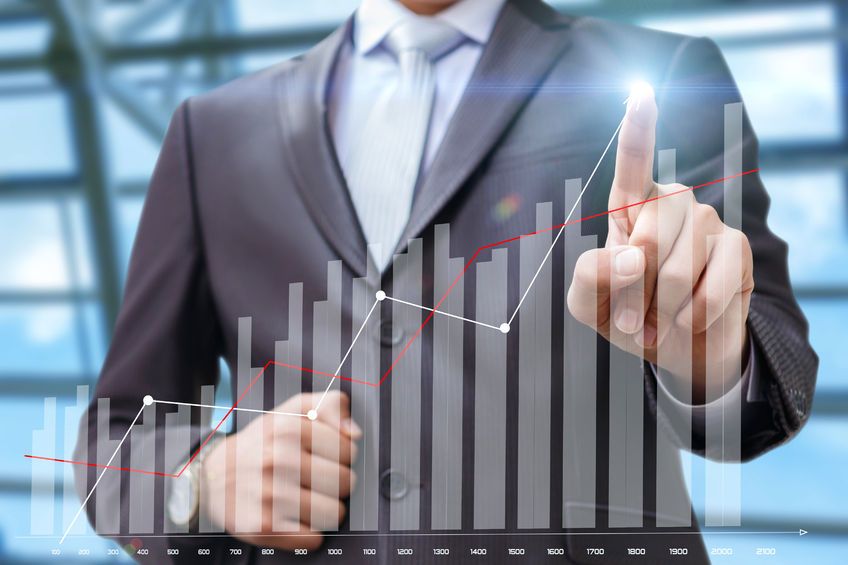 Who wants to be a billionaire?

According to the market-leading Wealth-X billionaire census there are nearly 2,400 billionaires in the world, with combined wealth of USD 7,400bn. It’s a select club. All the billionaires in the world would fit into four Boeing 747s with room to spare (though, let’s face it, they won’t be flying economy). These extremely wealthy men and women make the shrewdest moves, have the best ideas and spot the savviest investments.

They never seem to put a foot wrong.

Or do they? The same Wealth-X report reveals that last year, while 207 new billionaires appeared, another 283 actually lost their billionaire status.

Boom time in the UAE

Every billionaire has to start somewhere; and the UAE is as good as any. In fact, if you happen to be setting up your business in the UAE, you’ll know it’s boom time. The government is aggressively championing SMEs and this year the UAE sits at number 21 on the World Bank’s ‘Ease of Doing Business’ rankings – by far the best-performing country in the region.

Every billionaire has to start somewhere; and the UAE is as good as any.

Of course there’s a big difference – or a long journey – between starting a business and becoming a billionaire. But the UAE packs a punch at this end of the spectrum too. In 2016 the Emirates saw a rise in both the number of billionaires and their value – one of only five countries to see both.

Still, being surrounded by opportunity doesn’t guarantee success any more than an expensive camera makes you a great photographer. In fact, if things aren’t going smoothly, a fertile business environment like the UAE could make your lack of success seem even more depressing.

Well, if this applies to you, you’re in good company. The fact is that being in the billionaires’ club isn’t a job for life, and its members aren’t impervious to changing fortunes. Many well-known billionaires stumbled on their way to the top. In short, you’re never too big to fail.

So let’s look at the qualities of those who got knocked down, but got back up again.

He’s one of the world’s richest men, worth almost USD 90bn and famously the founder of – you guessed it – Traf-O-Data.

Yes, Traf-O-Data, the awkwardly named business Gates set up with Paul Allen in the 1970s to analyse traffic data. The company was in profit for a short time, but ultimately sank when the same service started being provided by individual US states for free. Now it would be unfair not to mention that Gates was a student at the time and that this was his first foray into business, but Allen points out that many of the skills and experience later used to garner such success were learned here. He even notes that, without Traf-O-Data, ‘you could argue that Microsoft might not have happened’.

Allen is now a wealthy man in his mid 60s, so perhaps there’s a touch of the rose-tinted spectacles here, looking back across fortune’s peaks and troughs and trying to shape a coherent narrative? Maybe, but let’s look at another example from the tech field.

Mark Zuckerberg – keeping your eye on the wrong ball

He’s the youngest person in history to reach the status of billionaire and a man who recently used a major address to call for billionaires to help new talent, noting, ‘the greatest successes come from having the freedom to fail’.

But do you remember Wirehog? Back in 2004, when ‘Facebook’ was still preceded by ‘The’, Wirehog was a peer-to-peer file-sharing programme. In The Facebook Effect, author David Kirkpatrick describes how Zuckerberg was always looking to the next venture, distracted by Wirehog instead of focusing on Facebook. But the software was complicated, invited Napster-style lawsuits and according to (co-founder) Sean Parker quickly became a liability, causing him to ‘put a bullet in that thing’.

Wirehog hasn’t done Zuckerberg’s career any harm. What’s interesting is that, of all the early figures involved with Facebook, Zuckerberg was the most keen on Wirehog and the last to admit defeat. There’s a serious point here about perspective. Learn to spot the difference between a slow burner and something that’s burned out.

George Soros – what goes up can still go down

Moving beyond tech, George Soros rose from the humblest of beginnings to be one of the wealthiest individuals in the world. This year he gave away most of his fortune to charity and he’s still worth USD 8bn.

Moving beyond tech, George Soros rose from the humblest of beginnings to be one of the wealthiest individuals in the world.

His story begins as a refugee from Hungary, working as a railway porter and waiter to put himself through the London School of Economics. Soros would make his name as ‘the man who broke the Bank of England’ when in 1992 he bet against the pound during Black Wednesday and became USD 1bn richer in just one day.

But he’s not above putting his foot in it. Two years later he lost USD 600m after miscalculating the value of the yen to the dollar. Even people like Soros make mistakes, and it’s important to realise you’ll get things wrong. As he said, ‘I’m only rich because I know when I’m wrong.’

If ever a business figure symbolises success in the face of repeated failure, it’s Henry Ford. In Mastery, Robert Greene explains that Ford’s first prototype was well made, but unsuited to mass production. His second attempt was simpler, more compact and just needed funding, which he managed to put in place. However, he tinkered and fiddled with his design for so long that the backing subsequently evaporated.

Ford learned from his mistakes and tried again. His next iteration saw the formation of the Ford Company, but he soon bumped heads with investors and within a year the new company was dissolved.

Still Ford persisted; and, crucially, catalogued everything he had learned along the way about technology and human interaction. This process resulted in him creating a new business model and new ways of working: ultimately leading to the Ford Model A, one of the most important and successful products in automotive history.

Another from the archives: while Thomas Edison is credited with the original light bulb moment, it wasn’t strictly speaking his invention. Others got there before him, including British scientist Warren de la Rue – they just couldn’t make it commercially viable like Edison did.

How many inventors did it take to change the light bulb? Well, one, it’s just that the changes were many and iterative. Edison himself admitted to trying over and over again before finally getting it right. But he wasn’t keen on the word ‘failure’, and that’s his lesson – failure is insight. As he noted, ‘I have not failed 10,000 times. I have not failed once. I have succeeded in proving that those 10,000 ways will not work. When I have eliminated the ways that will not work, I will find the way that will work.’

One of Fred Astaire’s first screen test reports read, ‘Can’t sing. Can’t act. Slightly balding. Can dance a little.’ David Bowie recalled a remark from one of his early auditions: ‘This vocalist is devoid of personality and sings all the wrong notes’. In time, one became a screen icon and the other a music legend.

Thick skin is important, and for this lesson we turn to Oprah Winfrey. Her early career saw huge leaps and appalling treatment. The first black female news anchor in television history, Winfrey managed that accolade before the age of 20. But she suffered for this early success, facing sexual harassment and humiliation before being fired eight months in.

Undeterred, Oprah became the host of small-time ‘AM Chicago’. Within months, it was rejuvenated and renamed as ‘The Oprah Winfrey show’. It would become the top local talk show on TV, and went on to establish itself as the highest-rated talk show in TV history. Oprah is now worth USD 3bn and what she teaches us is the importance of resilience. Sometimes failure will be your fault, but sometimes it won’t. Failure can also be down to prejudice, competition, a lack of acceptance, or plain old dirty tricks.

At the end of a list of triumphant turnarounds, it’s customary to extol the virtues of resilience, determination and a slightly cavalier attitude to risk. Failure is good – you’ll never come away empty-handed, you either get a prize or you learn a lesson.

Failure is good – you’ll never come away empty-handed, you either get a prize or you learn a lesson.

But the message isn’t to go out and throw caution to the wind. As a businessperson, the universe will hand you enough duds. The trick is to learn from them. If at first you don’t succeed, you should absolutely try, try and try again, but also remember Einstein’s apocryphal definition of madness – doing the same thing over and over again, expecting different results.

When you mess up, make sure it’s not in vain – perseverance is essential, but without iterative learning and fluid intelligence, it’s useless. Like a boxer uses his jab, use your experiences to find your range. Sometimes you will lack power, sometimes precision, sometimes you will miss completely or even walk directly into a punch.

But each attempt builds a clearer, more precise picture of what you’re facing. When you’re finally ready, you’ll be capable of a knockout.