Why a big ego reduces your chance at business success 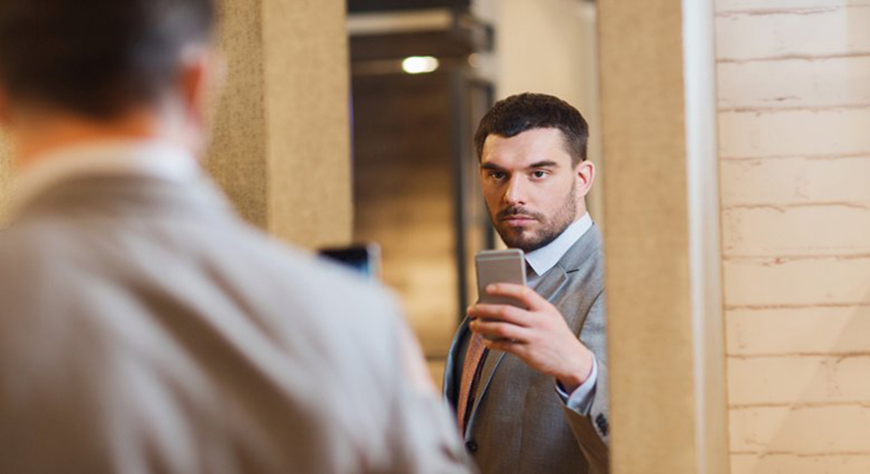 While one might think a big ego is actually a common trait among over-achieving business people (or over achievers in general), the truth is that an out-of-control ego is anything but conducive to success.

So what are we talking about when we say ‘big ego’?

Well, there are perhaps different definitions, but typically we are referencing someone with a distorted sense of self-importance. And there are many problems with this.

First and foremost, while confidence is certainly a good thing much of the time, ego-driven individuals are often led by an unhealthy overconfidence, convinced they are right regardless of the facts.

But perhaps the bigger issue is that the businessperson with the inflated ego is far too often seeking glory for him or herself. “Me” before the company. “Me” before anyone else. This is an individual who is obsessed with seeking glory, who wants to get noticed, who wants all the credit, who must be the best. And that takes the focus away from where it should be – which is on building the company.

The reality is that the problem of ego is in fact a recognised one in the business world and has been the subject of many studies and much debate over the years.

While difficult to measure by any standards, attempts have been made to quantify the actual cost of egos in the workplace. A survey some years ago involving a sample of businesspeople in the United States found that the majority believed those bigger egos are responsible for poorer financial performance (six to 15% of annual revenue, to be exact).

Books have even been written on the subject. In David Marcum’s and Steven Smith’s work, “Egonomics”, the authors refer to ego as “the invisible line item on every company’s profit and loss statement.”

So yes, it’s to be taken seriously. And in this article we explore the specific challenges that come with having a big ego. We do so by highlighting five less-than-flattering traits that are often displayed by these individuals, and the actual fallout that is part and parcel of it.

Studies over the years have attempted to measure the cost of ego on company performance, with one survey showing that egos can negatively affect revenue by up to 15%.

Problem: Some bosses will live in a bubble of their own making, and no one will be able to get through to them – meaning they tend not to take advice, properly hear out ideas, or even show a willingness to discuss the main issues.

To quote Carl Jung, the 20th century Swiss psychiatrist who founded analytical psychology, an inflated consciousness “is hypnotised by itself and therefore cannot be argued with.” Being egocentric limits the ability to listen to other arguments and other people’s concerns. A one-way, top-down communication style will also mean there may be missed opportunities: If people are not comfortable talking to someone who only respects his or her own opinion, they will not be able, nor will they want to, approach this person with new ideas.

Takeaway: Being open-minded, receptive, available and having the ability to interact and communicate effectively are all vital for good leadership. Whether that is to understand your employees’ concerns or to comprehend what your customers really want, without the ability to truly sit back and listen, you can never understand a problem or how to overcome it.

The problem: Ego-driven leaders will often take the credit for the best ideas and not acknowledge those who were part of coming up with the ideas. It’s a standard story in companies all over the world: An employee goes into a meeting and says “I’ve got a great idea!” – and it truly is a great idea. In the days or weeks that follow, though, that same employee finds out the boss is taking credit for the idea. And that may be the last time the now bitter employee puts his or her great ideas forward. In addition to the resentment it can breed, the boss who aims to take all the credit is creating an environment of “every man for himself”. When it comes to building something of value, that sort of mindset is the ultimate killer.

Takeaway: Good leaders often take responsibility for the things that go wrong and reward their team for the things that go right. To get the very best out of people and motivate them it is necessary to encourage and reward them for their successes. A good leader will fully engage with an employee, colleague or business partner when he or she is speaking up or when it’s time to contribute. Afterward, a ‘pat on the back’, or some kind of positive acknowledgment, given in public, goes a long way.

Problem: Egocentric people are afraid of self-doubt, of being undermined, and of simply being wrong. Eckhart Tolle, author of “The Power of Now”, says, “The ego is very vulnerable and insecure, and it sees itself as constantly under threat. This, by the way, is the case even if the ego is outwardly very confident.”

Those with big egos protect themselves with false pride and refusal to acknowledge information that contradicts them. They are on some level afraid of making mistakes. This can lead them to stick blindly to bad decision-making – justifying it anyway they can. They will also impose their self-styled concept of perfectionism onto others, being highly critical and vocal about any weaknesses or mistakes they witness.

Working for or with someone with a huge ego can feel very oppressive, tense and unhealthy. Many ego driven people make themselves feel better about themselves by putting others down – they compare themselves to other people favourably in order to feel superior. This is all in an exhaustive effort to affirm their own sense of self-worth.

Takeaway: Identifying your mistakes is the key to learning how to improve, and this is especially true for attaining business success. Psychological studies have shown that those people who think intelligence is fixed (not flexible) are more prone to making mistakes. In these studies, the more experienced people who made the mistakes were less likely to learn from their mistakes because they believed they knew best. The same can be said of people with a big ego, as they tell themselves they cannot be wrong. They simply ‘know they are right,’ after all, regardless of any evidence to the contrary.

Egocentric people are afraid of self-doubt, of being undermined, and of simply being wrong.

4. Prioritising status above the service

Problem: When a single person at the top makes decisions for a business based on how it reflects on him or her, rather than how the business performs, then the service can suffer as a result. Being a larger-than-life character can sometimes work for a business, but often it simply smothers it. The brand of the business can become one character, the person’s look, values, tone of voice, etc. At that point the character is under constant scrutiny and if he or she looks bad then so too does the business.

Take, for example, a boss who is rude to a paying customer who gives the business a less-than-perfect review on a social media platform. The boss who wants to retain his status as being in charge and dominant sacrifices the business service for a personal power play – by leveling criticism and judgement back at the customer. In return, everyone else on that social media feed looks in shock at the rudeness of the boss and judges the service to be bad.

This has indeed happened countless times in the real world. In the United Kingdom there was an incident called ‘cakegate’, for instance, where a customer gave a good review but said the cakes on sale should be covered up while on sale for food health reasons. The business owner responded with a very personal insult and banned the customer. This response was captured and went viral, making cover stories for newspapers. The business is no longer running.

Takeaway: It’s vital to put the customer service first, above all else. Take care of the customers and your business interests are taken care of. If you have a big ego you might forget that sacred rule and forget who pays for your lifestyle. If you play the big ‘alpha’ boss at work for your own gratification, that is one thing, but to do the same to the people you are providing a service to simply won’t work.

Problem: The ego can have a complete disregard for reality. General George Armstrong Custer was quoted before the Battle of the Little Big Horn in 1876 as having said: “There are not enough Indians in the world to defeat the Seventh Cavalry”. His men, as the history books reveal, were overwhelmingly defeated.

Entrepreneurs with enormous egos often get caught out by their own rhetoric and a belief in their ability to win that, depending on the situation, can often be considered delusional. If you say something with enough conviction over and over again, you may just come to believe it. But the fact is that industry can be an unforgiving playground for people who do not have sound strategies to back up the hype and bluster.

Takeaway: It’s great to take risks, never give up on a dream, challenge the competition, and so on. But do your sums, take advice, plan strategically, and make sure that you are not out of your depth before making grand announcements and diving into the deep end.

Entrepreneurs with enormous egos often get caught out by their own rhetoric and a belief in their ability to win that, depending on the situation, can often be considered delusional.

While we know that growing a business requires a healthy amount of ambition, confidence and willpower, the fallout of having a very big ego can truly affect the top and bottom line negatively – or destroy your business altogether. Leading a company to success requires many skills, some subtle, yet all attuned to reading people and situations and getting the best out of both.

Within a company, a leader’s personality will define relationships, standards, and codes of conduct. Outward facing, the business itself needs someone who can step out of themselves to read situations and get what is going on. If the only focus is inward, on getting noticed, on being seen as the best, the true aims of the company can be lost, and the harsh reality is that people won’t like you and won’t want to build with you.

Simply put, don’t get too big for your boots. Ever heard of the phrase, ‘pride comes before a fall’? That was made for people who develop big egos.