UAE: The ultimate business launching pad for the Gulf 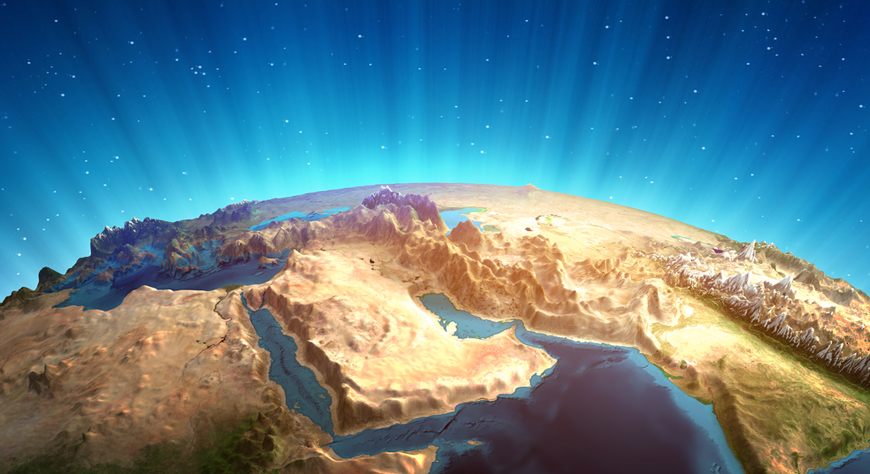 We know the UAE is designed for business.

It has a wealth of strategic advantages for any organisation looking for a base of operations, not least being one of the world’s fastest growing economies. It ranks first in ‘ease of doing business’ regionally (31st worldwide) and with an excellent standard of living, tax-free trade zones and a thriving business ecosystem, it’s no surprise entrepreneurs flock here.

But what if we look a little further afield?

Because what’s really special about the UAE is its geographical location as the gateway to its fellow Gulf Cooperation Council (GCC) countries including Bahrain, Kuwait, Oman, Qatar and Saudi Arabia. If accessing the most promising regional markets is key to your business plan, the UAE is a stepping stone for success – and you may be surprised to find that much of what you have learned from doing business in the UAE can be applied when working with the neighbouring states as well.

What is really special about the UAE is its geographical location as the gateway to its fellow Gulf Cooperation Council (GCC) countries including Bahrain, Kuwait, Oman, Qatar and Saudi Arabia.

The launching pad to Saudi Arabia

If the appeal of the UAE is the potential of the regional business deal then first stop is Saudi Arabia. Just under a two-hour flight away, and with the highest GDP in the GCC, it is marked by many for its high investment prospects and opportunities across a range of sectors. This is the neighbour that companies in the UAE are most excited about.

Much like the UAE, Saudi Arabia is at the stage where it is looking at diversification strategies away from reliance on oil, so there is an eagerness to find solutions for businesses to expand to different industries.

So let’s start with education. In 2015, Saudi Arabia spent one quarter of its budget in this area. With around half the country’s population under 25 years of age, it’s perhaps no surprise this is a key growth sector. There are opportunities here for businesses active in all areas of education and those offering related services. There’s an almost equally strong focus on healthcare as the country expands its hospitals, health centres and related IT systems. A third area is transport: Saudi Arabia is in the midst of a far-reaching expansion of rail networks and other urban transport projects.

But opportunities here are not limited to healthcare, education and transport (or the traditional oil, gas and petrochemicals) because Saudi Arabia has a long history of working with foreign companies across a variety of areas. The question is: Can the smart entrepreneur spot an opportunity?

So what are the advantages of being UAE-based when it comes to Saudi Arabia? First, both Saudi and the UAE are within the Greater Arab Free Trade Area (GAFTA). Second, immersion in the business culture of the UAE will put you on stable footing when approaching Saudi counterparts to make deals. A little local knowledge, etiquette and understanding will go a long way. Saudi business dealings rely greatly on networking and personal introductions, which makes setting up from the UAE a good base from which to build contacts. Finally, the Saudi riyal is one of the most stable currencies in the world, with very little variance in its exchange value over the last few decades.

So if Saudi is our first stop, where else should UAE businesses be looking?

Opening the door to Qatar and beyond

Next up: Qatar. A one-hour flight from the UAE takes you to the country that comes in at number three in the world for natural gas reserves. As with many countries in the region, Qatar is also looking to economic diversification with recent moves towards legal liberalisation.

A one-hour flight from the UAE takes you to the country that comes in at number three in the world for natural gas reserves.

The Qatari government has picked out key sectors as priorities. Alongside work connected to the energy and mining industries, there is also a push for business consulting, technical services, IT, distribution services, agriculture, manufacturing, and health. With the FIFA World Cup on its way in 2022, it’s not surprising that other priority sectors include tourism, culture, and sports and leisure services. Qatar is also the most advanced Arab state for human development according to the UN.

And let’s round out by taking a quick look at Oman. Only one hour away by plane, it sits on the borders of the UAE. Aside from energy, there is major growth here in healthcare, with a strong plan known as Health Vision 2050 that will require expertise in human resources, healthcare data and systems, medical equipment, infrastructure, and so on. Elsewhere, the country is seeking to match its education offering to its future employment requirements – with expansion planned from universities right down to kindergartens.

But the entrepreneur may even be looking past all these areas. Because when it comes to breaking new ground, the agile startup might spot an opportunity in Saudi Arabia, in Qatar, in Oman that no one else has identified. And that’s not to mention Kuwait and Bahrain which both deserve investigation. Either way, with a strong base in the UAE – and with the respect which this garners around the region – it’s an exciting time for a UAE-based business to look past its borders.

Tips for reaching out beyond the UAE

So what’s next? Well, to extend your reach from the UAE and trade with neighbouring countries, you should prepare your approach carefully. Here are some guidelines so you can enter these markets with your best foot forward, using what you already know from doing business in the UAE.

Just like in the UAE, you’re often not doing business with just one person – there may be facilitators, intermediaries, family members and friends. Use what you have learned to keep one step ahead of proceedings.

You have probably learned patience during your time in Dubai, and so here it will come in handy. It can take longer to close deals in some places – not least Saudi Arabia.

Leverage what you have learned from the UAE regarding cultural etiquette, expectations, dress sense, and how to greet and address people, as well as slight variations in greeting different genders.

Bargaining can go on right up to the very last moment before a deal closes, so be prepared to compromise a little but not give too much away.

Due diligence is key. You did it when coming to the UAE, the same applies here.

Try to understand who else might be in the running for a similar deal and what you can offer that they cannot.

Be careful to check for anything banned or not appropriate for the country in which you’re doing business.

Yes, every GCC country has a distinct culture. But you can still take what you have experienced in the UAE and use it to your advantage. For example, you’re no longer a newbie when it comes to etiquette during Ramadan.

Make your mark in the Middle East

For doing deals, the GCC countries are primed and hungry for economic growth. There is a lot of wealth in the form of both government and private sector investment, and the UAE is the beating heart of the region.

For a business looking to make the most of all the opportunities that the Middle East can offer, putting your HQ in the UAE gives you not only a logistical advantage but also the kudos that businesses from nearby countries have come to respect.