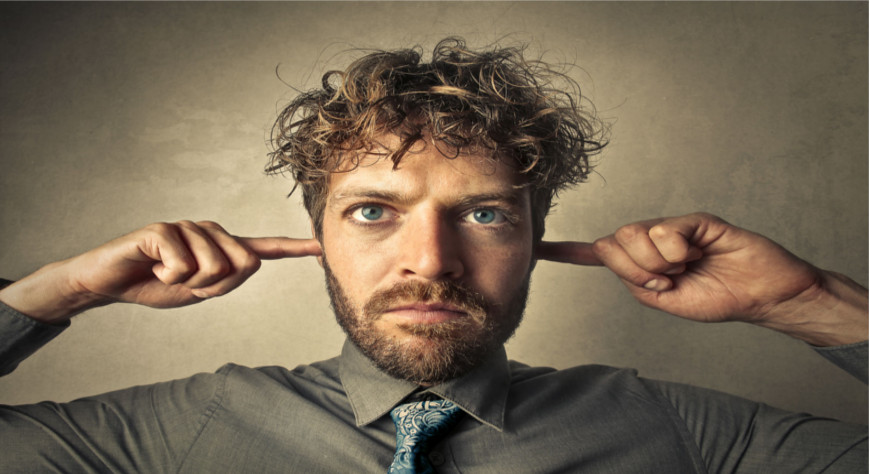 Note this article also appeared in Entrepreneur Middle East and can be read here.

It can be easy to spot a winning personality, someone with drive, charisma and all the qualities that people warm to in both business and life in general. However, what about the other side, what about those people who are repeatedly unsuccessful? We have to ask ourselves, is their behaviour leading to failure, is the way they act the poison in the water of their business dealings?

Whether you are recruiting, considering a business partner, or maybe seeing if you have any flaws yourself, it’s worth looking more closely at personal attributes. It’s a quick way to figure out if certain behaviour is good for your business or a potential disaster on the horizon.

So with this in mind, here are seven traits of incredibly unsuccessful people.

In some situations, assigning blame is self-defence or deflection. It can prevent a person from understanding their own failures or taking responsibility and learning from them. It also serves to maintain a desired self-image for the person avoiding blame – their self-esteem and reputation remains intact, whatever the truth may be. Blame can be a lie or a way of undermining someone else to usurp them or degrade them. Or it can be the result of a delusion around the true situation.

One study found that blame spreads fast in an organisation. A ‘blame culture’ can take root quickly where unchecked blame passes on person-to-person like a virus. A research paper by The Journal of Experimental Social Psychology concluded: ‘The spread of blame is detrimental to individual and collective well-being and overall performance.’ Blame does no one any good and, much worse, can cause a whole organisation to become a toxic environment.

A ‘blame culture’ can take root quickly where unchecked blame passes on person-to-person like a virus.

What’s the solution? To look for real resolutions and fixing what went wrong. To focus on positive problem solving rather than aggressive accusations.

2. Constantly tell you “it cannot be done”

Achieving anything worthwhile means rolling up your sleeves and really working at a problem. If people gave up on projects every time they were told ‘it cannot be done’ we would still be living in caves, let alone putting a man on the moon.

In a business context, that ‘brick wall’ attitude can stop an office dynamic in its tracks – whether it’s a sales target that ‘cannot be hit’, an IT problem that ‘cannot be fixed’ or any task that requires a little brainpower, strategy and hard work.

Often we find that can’t really translates as won’t. People who give up before they even start, before they even look at a problem properly, have committed to failure as their default position. As the saying goes: ‘Attitude is a little thing that makes a big difference.’

You know these people. They have a task that is straightforward enough but when you check in with them later to gauge progress, you cannot understand a thing they are saying because they have overcomplicated it.

What leads people to do this? It may be simply not understanding what is required, or it might be a particular way of approaching problems by over-analysing to a point that the original brief is lost in translation. Whatever drives people to overcomplicate work, it can spell doom for completing tasks well. There’s a saying in business, ‘paralysis by analysis’ – overthinking a problem will stifle the solution. Clarity and focus are the name of the game here.

4. Deliver poorly on the first attempt

This can be a very frustrating one for managers. One big trait of very unsuccessful people is that their first attempt at most tasks results in a shallow delivery. In other words, it’s 30% done but they hand it in as if it is complete. This is very much about a ‘settling’ mentality, an ‘aiming low’ approach. These people are quite happy just to deliver something and get it off their plate, even though they know a lot more effort would have brought about a much better result: The right result.

What’s the path to success here? If you agree to do something, do it well. Give it your all and in turn you will be recognised for that quality. Otherwise, you’ll soon lose the gig to someone who really cares about what they do for a living.

Have you ever talked to someone only to get that sense they are just waiting for you to finish talking so they can speak? They really don’t care what you have to say, only what they are about to say. Your words seem to bounce off them as if they are permanently distracted.

Aside from being rude, someone who does not listen and talks over you will not process what you’re telling them or even understand your requirements. For example, in a one-to-one sales pitch, listening to the needs of the customer is essential to close the deal otherwise you are just talking ‘at’ them, and that never has a positive outcome.

When people don’t listen, they fill gaps in their knowledge with guesses or assumptions. That’s where mistakes occur and profit is damaged, possibly reputation as well.

Adapting to changing circumstances and environments is key to navigating life. While it is normal to fear uncertainty or change, simply ignoring it or refusing to engage is not a solution.

When your company grows it’s inevitable you will need to make changes, keep some good ideas and ditch some outmoded or bad ones. You adapt with the times. Resistance to these required adjustments is going to put a spanner in the works. Why? Because technology changes, systems change, laws change, even customer needs change. So it’s not up for debate. It has to be embraced in order to achieve successful outcomes. This is easier if you think of everything essentially as a work in progress. The unsuccessful people in this world are the ones often left behind as things move forward at a fast pace. As John F. Kennedy said, “Change is the law of life. And those who look only to the past or present are certain to miss the future.”

There’s a reason multi-billionaire Bill Gates reads non-stop on subjects as diverse as traditional societies, foreign diets and manufacturing. A common mistake of unsuccessful people is to believe they ‘know it all’ already.

Successful people are always embracing opportunities to attain new knowledge and skills. Life is a short journey, those who get the best out of it make the effort to learn as much as possible.

Successful people are always embracing opportunities to attain new knowledge and skills. Life is a short journey, those who get the best out of it make the effort to learn as much as possible.

This is not just about reading but about embracing new experiences and overcoming fears. We are talking about the 80 year-old who has a Facebook profile and new friends, or the guy who turned his life around by learning a new craft. The opposite of this is the person who folds their arms, sits at their desk and refuses to use a new system, or has the opportunity to experience something new but doesn’t want to because they haven’t done it before.

There’s a whole template of character traits underpinning incredibly unsuccessful people. Understanding what drives ‘failure-by-design’ is obviously useful in business because people with the wrong attitude can really foul things up for your organisation.

In terms of recruitment, there is a saying that goes ‘If you think hiring the right person is expensive, wait until you hire the wrong person.’ So it’s wise to understand the traits of the people with whom you are getting into business partnerships: How do they see the world? How do they interact with you and other people around them? The clues will be clear the more time you spend around them.

Finally, it’s worth keeping watch over our own methods as business people. Are we guilty of any of the above? Fine tuning is essential to develop our own skills. So we should be hard on ourselves and understand where there is room for improvement. Because people that make the effort to change their behaviour for the better can reap the benefits almost instantly. And that’s good for you and your team.