Home > Entrepreneurship > Is there a “right” age to start a business?

Is there a “right” age to start a business? 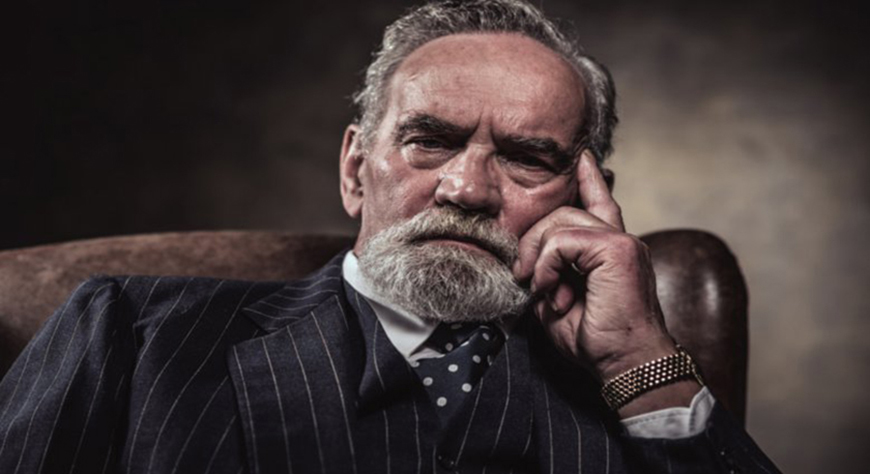 Note: This article also appeared in Entrepreneur Middle East, and can be viewed on the site here.

It’s a question I’ve been asked on more than one occasion: is there a right age to start a business? When we think of examples of successful entrepreneurs – Branson, Gates, Jobs, Zuckerberg – you could be forgiven for thinking that the answer to that question is “yes”. After all, they, along with Larry Page (Google) and Michael Dell (Dell) were all in their late-teens or early-twenties when they started their now multi-billion dollar organisations.

And it seems that in recent years it’s just more of the same when it comes to this trend. Case in point: Snapchat’s founder Evan Spiegel launched his photo-sharing app at aged 23, while Drew Houston founded file storage platform Dropbox at the tender age of 24.

So are these phenomenal success stories really the norm, or do they grab headlines because they are in actual fact a rarity? According to Wikipedia founder Jimmy Wales, it is the latter. Wales started the online encyclopaedia at 35, and he has in the past expressed concern that tales of teenage startup billionaires may actually be putting the older generations off from launching their own businesses.

Wales is by no means alone in having startup success at a slightly older age. In fact, he is in great company, even in the seemingly young world of technology. The popular US classifieds site Craigslist was founded by Craig Newmark when he was 42; Reid Hoffman launched business networking site LinkedIn at 35; while Netflix co-founder Reed Hastings was 37 when he launched the online streaming service.

And here’s the reality: According to America’s Kauffman Foundation, the average and median age of US-born tech-founders is 39, with twice as many over 50 than under 25.

So while it is clear that age is by no means a barrier to startup success, the question then turns to the advantages and disadvantages  – if any – of starting your business at a particular age in life. Let’s have a look.

According to America’s Kauffman Foundation, the average and median age of US-born tech-founders is 39.

Most likely fuelled by the teenage success stories I touched on earlier, it appears that across the globe more young people than ever are launching their own businesses. In the UK alone, the number of people under 35 starting up a business has risen by as much as 70% in the past five years. But what are the advantages to being a young entrepreneur?

For starters, there is likely a lot less to lose. For many young people coming straight out of education, the fear of failure is simply not there – not only because there is often less at stake (young entrepreneurs are unlikely to have mortgage repayments or dependants for example) – but also because they are full to the brim with the type of resilience and confidence that often only comes with youth. Because of this, younger entrepreneurs are more likely to take risks that the older generation may potentially shy away from.

There’s also the matter of the types of industries in which we tend to see success from younger people, i.e. technology and online. This is the first generation that has grown up being tech-savvy, and therefore by the time they reach early adulthood they potentially already have years of experience in their chosen field. For a perfect example of this, look no further than Facebook’s Zuckerberg, who created ZuckNet – an online messaging system similar to AOL instant messenger (which hadn’t been created yet) – at the age of 12. Seriously?

And perhaps most surprisingly, while most of us may consider the following a negative when it comes to launching a business at a younger age, the reality is that it’s a huge plus. What am I referring to here? Naivety. According to Mick Hagen, who launched the networking and recruitment site Zinch after dropping out of Princeton – and later sold it for almost $30 million in 2011: “Being young and a little naive can be a beautiful thing. You don’t know what ‘normal’ or ‘best practice’ or ‘standard’ even means. There are no limits.”

I think this is a brilliant statement for the simple reason that we are often our own biggest obstacles. We too often over-analyse and over-think and over-engineer things to the point that we slow ourselves down or even psyche ourselves out. For many reasons, younger people are less inclined to do this, and while naivety of course comes with a whole host of cons, sometimes it is just what the doctor ordered when it comes to startup success.

Despite more focus on the young startup successes, it is the older generation who are leading the way when it comes to owning their own businesses. The average age of a UK entrepreneur is currently 47, while in the US it comes in considerably lower at 40. What’s more, according to the United States Global Entrepreneurship Monitor, it is the over 35’s who have the best chance of success. The report found that between the ages of 35 and 45, we perceive opportunities better than at a younger age while maintaining confidence in our abilities – the perfect recipe for entrepreneurship.

What’s more, while the young may appear to have less to lose, the slightly older entrepreneur has a more stable foundation from which to launch. Having already spent quality years within the workplace, older entrepreneurs tend to be more financially stable and have a clearer vision of exactly what they want to achieve and how they plan to achieve it. They also have the added benefit of having been able to learn valuable business lessons while employed – in a sense they have been able to learn from their mistakes while on the payroll.

The average age of a UK entrepreneur is currently 47, while in the US it comes in considerably lower at 40.

Another advantage to having spent several years in employment before launching a startup is that you’ve had the opportunity to make contacts and create a network long before going to market. Plus, many older entrepreneurs have used their time in employment to build a strong industry reputation which can prove invaluable when it comes to opening doors and creating opportunities for a new startup.

It is this combination of knowledge and experience that is the biggest advantage to launching your business later in life. You know what you are good at and what you are not, and therefore you know what to take on, what to delegate, and what to avoid altogether. There’s also the added advantage of having had much longer to think through your business proposition due to all that experience along the way. That’s right, those years of valuable work experience can be seen to have all been part of your startup’s journey and build-up phase.

So where does this leave us? Well, having looked at both sides of the argument and made cases for each, we must conclude by stating that age is indeed just a number – and a truly meaningless reference point in the face of an idea that must be brought to market. There are enough success stories across the entire age spectrum for us to go by. Companies after all don’t succeed simply because of the age of their founders – they do so because those founders have an idea for which there is a need in the market, and for which they have the skills and support required to successfully bring that product or service to market.