Home > UAE Company Setup > Tax or no tax – is the UAE tax-free and what does it mean for your business?

Tax or no tax – is the UAE tax-free and what does it mean for your business? 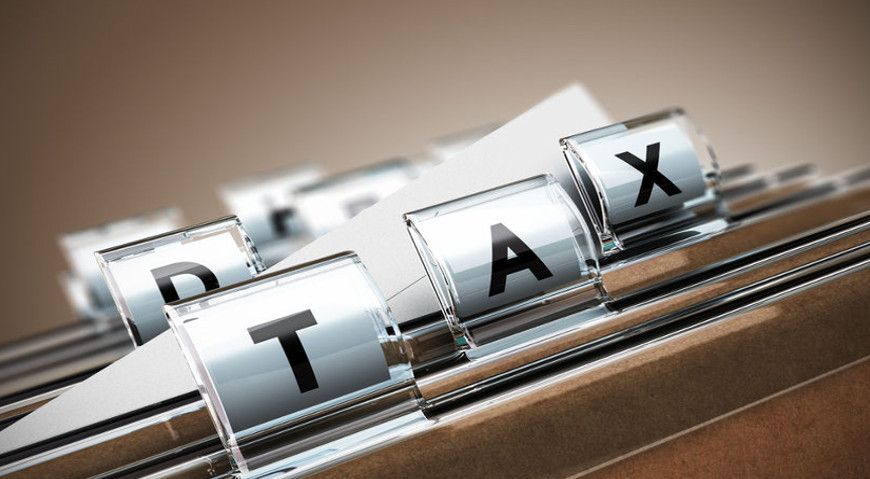 If you’re starting a new business, there is great appeal in setting up in a ‘tax-free’ haven like the UAE. Where better to begin than in a domicile which won’t eat into your profits and unduly test your arithmetic?

But is the UAE really tax-free?

VAT looms for the first time in the country’s history and excise duty on selected goods was also recently introduced. So where do we currently stand, and what is in store in the future?

Looking at the basics

The UAE doesn’t have its tax-free reputation for nothing. As the advisory firm PKF International puts it, there are no taxes levied by the federal government on either the income or wealth of companies or individuals. As long as you’re a tax resident, you won’t pay tax on your income. The numerous free trade zones – currently there are around 45 of them – offer different tax-free approaches, but in this review we’ll concentrate on the mainland; that is, those parts of the UAE that lie outside the free trade zones.

As the advisory firm PKF International puts it, there are no taxes levied by the federal government on either the income or wealth of companies or individuals.

Having no federal income tax doesn’t mean the concept doesn’t exist. Most of the seven emirates have individual tax decrees that allow them to impose their own corporate income tax (CIT) rules. But the reality is that CIT is only enforced on the production of oil and gas, other natural resources and in some cases, banking. For example, the Abu Dhabi Income Tax Decree of 1965 (and its later amendments) imposes corporate income tax according to a sliding scale, which can ride as high as 55%. Oil companies pay royalties on production, and branches of foreign banks operating in the territory pay tax at 20%. Dubai and Sharjah operate on similar principles.

Other types of tax

Beyond income tax there are other types of taxation, with various forms of property and maintenance tax a prime example. Some emirates impose tax on leases of residential properties at a flat rate of 5%, while leases of commercial properties are taxed at 10%. Abu Dhabi has no municipal tax on rented premises, but landlords have to pay license fees. Where sales are involved, a transfer charge of 2% applies on the transfer of real estate. Of this, the seller pays 0.5% while the buyer pays 1.5%.

Taxes also apply to tourism and entertainment. Municipal taxes are imposed on hotel services and cinema shows, and service charges vary from 5% to 10% on food in restaurants, while hotels charge a 10% to 15% service charge per night.

Even in Dubai there’s a range of business property taxes and land registry fees which could be an issue for you if you have physical premises or are buying and selling property. But the other incidental taxes mentioned here are more likely to hit your individual pocket – they won’t affect your business, unless you spend a lot of time entertaining and putting visitors up in the country.

However, there are some major changes afoot in the UAE tax system that we need to look at in more detail.

The advent of VAT

Value added tax (VAT) is now actually set to happen in the UAE, rather than just a vague rumbling in the distance. For years the government has talked about the concept of VAT, but as of August this year the Federal VAT Law made it a reality, one that’s set to begin on 1st January 2018.

The UAE’s adoption of VAT is part of a wider move by all member states of the Gulf Cooperation Council (GCC) to set VAT at 5%. It will apply to goods and services, including some food items, but also to some professional services, such as consulting and maintenance works. But some sectors will escape, by being deemed either ‘exempt’ or ‘zero-rated’. For example, according to a recent paper by Deloitte, fee-based financial services will be exempt from VAT, as will life insurance and local transport; while new-build residential property developments will be zero-rated.

So will VAT affect your business?

It depends on your industry and how the rules are put into practice. Deloitte has looked at the impact of VAT, and its latest white paper, released this month, notes that ‘The agreement is not a document that taxpayers can rely on per se – one must look to local implementing laws to work out the precise mechanics of the VAT in each country’. That’s a common sentiment in the UAE – as with CIT, the different emirates are likely to do things their own way.

To some extent, even if it’s buying supplies for your everyday needs, VAT will have some effect. But on the plus side, the VAT rate is low – much lower than the UK, France and Germany for instance. According to Deloitte it’s likely to remain low too, because despite the exemptions, it’s applied at a low rate across a broad base of industries. They predict that due to the GCC’s success in creating a harmonised level across member states – unlike the EU – and a lack of economic pressure to raise it, VAT is likely to remain stable and affordable.

Another consideration is customs tax – these are the tax rules that surround bringing goods into the UAE. As part of the GCC Customs Union, established in 2003 to remove customs and trade barriers between member states, customs law is still a work in progress. As it stands, member states apply a common customs law and a unified customs tariff, with a standard customs duty rate of 5%. This excludes on the one hand tobacco and alcohol, which are subject to higher rates, and on the other hand certain goods which are subject to a zero rate – for example materials used in the production of licensed industrial projects.

But once again, the requirements on paper and what actually happens in practice are not necessarily the same. According to PWC, the practical application of the law is subject to the interpretation of the local customs authorities in the GCC member states. As an example of this, from 1st October this year the UAE introduced a tax on selected goods such as energy drinks and soft drinks, including those sold at airports and free zones. This move is expected to generate around AED 7bn per year and follows the example of Saudi Arabia in 2016.

Seeing beyond the negatives

If the introduction of VAT and the new excise rules look like unashamed efforts to raise money, that’s exactly what they are. But it’s important to see them in the context of the UAE’s overall drive to move away from oil dependency. This may result in more ways to derive income from taxation, but it would be a mistake to overlook what’s really a time of opportunity for new businesses.

The UAE still gets around one third of its GDP from oil and as it looks to reduce that reliance it’s pushing the cause of entrepreneurialism and an SME-friendly agenda with an enthusiasm that is relentless. The government aims for the contribution of small businesses to reach 45% of GDP by 2021, which will involve creating 370,000 jobs, with the object of adding AED 65bn to the economy. New businesses also underpin Dubai Vision 2021 and we’ve seen an increasing number of dedicated small business incubators, both government-backed and private, such as the Khalifa Fund, which has so far pumped AED 2bn into championing new entrepreneurs.

The UAE still gets around one third of its GDP from oil and as it looks to reduce that reliance it’s pushing the cause of entrepreneurialism and an SME-friendly agenda with an enthusiasm that is relentless.

Is it about saving money or making money?

Is the UAE really tax-free? The flippant conclusion might be ‘yes and no’, but a more accurate answer is simply ‘no’. It’s doubtful that any domicile anywhere in the globe is truly 100% tax-free. What we should be asking instead is whether the UAE is tax-efficient. Here, the answer is definitely ‘yes’.

The Emirates’ tax framework treads more lightly than many countries, including the UK and the USA. True, the advent of VAT and new excise rules give opportunities for the government to make money from your efforts, but there have also been huge strides in championing small businesses. That’s the real draw of the UAE for entrepreneurs – it’s good to save money, but the real goal is to make it.

Is it certain you’ll pay some tax? Yes. Is it certain you’ll have a clear understanding of what you’re paying? Probably not. Which is why it’s important to work with qualified, locally- based experts who understand the law of the land. While the UAE tax regime is gentle, it’s also opaque, and there are better uses of your time than trying to fathom a complicated, moving target. Working with experts will help you avoid rookie mistakes, leaving you free to concentrate on the opportunities around starting and growing your business in the UAE.

Virtuzone Mainland is dedicated to helping clients open a company on the UAE mainland, providing advice and assistance with every aspect of the company formation. To set up a consultation, please call us on +971 4 457 8200, or click here.