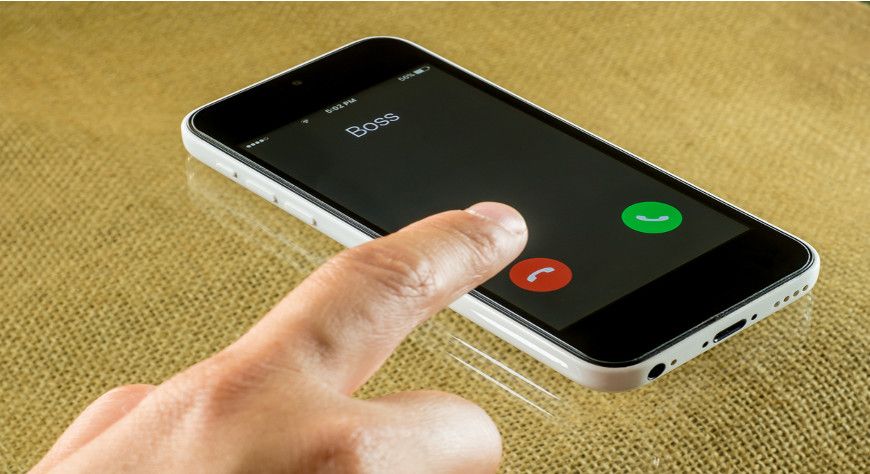 I’ve heard them all and you probably have as well.

Often they are simply devices used to justify why someone can’t or won’t (or didn’t) do something. Sometimes they are just well-planned lies.

A serial excuse-maker is not someone you want operating within your business, particularly your sales team. Those who make excuses are (literally) selling themselves short – and in turn, selling you and your business short too.

The retail entrepreneur James Cash Penny (yes, the founder of the JC Penny stores) put it this way: ‘I do not believe in excuses. I believe in hard work as the prime solvent of life’s problems.’

Sure, there will always be an element of natural charm and even luck when it comes to sales but those who succeed above and beyond everyone else are always found to be putting in the hours to overcome stumbling blocks – rather than offering an excuse at every turn. It may be anecdotal, but the oft-quoted line ‘80% of sales are achieved by just 8% of the salesforce’ has more than a little truth to it.

So let’s look at some common excuses from sales teams, and what you as a business leader can do to ensure that your sales targets are still met.

Let’s start with perhaps the most frustrating excuse on this list. Here’s how this one goes: A lead comes in via your website or by email. A salesperson picks it up but when they get the lead’s voicemail on one or two occasions, they consign it to the bin of ‘no answer’. Now, there are obvious limits – we’re not advocating 100 attempts – but in most cases the salesperson has given up too early.

Consider this insight from marketing guru and founder of Marketing Wizdom, Robert Clay: He states that 44% of salespeople give up after one negative response, 22% after two negative responses, 14% after three, and 12% after four. Clay’s cited research also shows that some 80% of prospects say no four times before agreeing to a sale – meaning over 90% of salespeople are not selling to their full potential.

Consider this insight from marketing guru and founder of Marketing Wizdom, Robert Clay: He states that 44% of salespeople give up after one negative response.

Here is another classic: ‘It’s not my fault, it’s the quality of the leads.’ Every salesperson knows that leads can be weak – but it’s just part of the job, not an excuse to give up on a prospect. Instead of complaining about poor leads, salespeople have several options available to them. Firstly, they could try to generate their own leads, or take the time to further qualify marketing leads themselves before placing them back into their pipeline.

Alternatively, salespeople can liaise with marketing – or whoever sent the warm lead through – to improve the quality of referrals and garner further information on the lead in question. Not only does this increase the likelihood of the lead staying ‘live’ but according to Ledger Bennett – a UK-based lead generation agency – sales and marketing departments that work closely in this way have 36% higher customer retention rates and achieve 38% higher sales win rates.

3. I didn’t know I should chase up old leads:

Many salespeople, particularly those who are still a little green, are often mistaken in thinking that it is their job solely to hunt down sales from new incoming leads. In reality, the job entails chasing up on old leads that failed to materialise in the past. The potential impact that digging around in these so-called ‘dead leads’ can have on a sales target can be significant. Why? Because most old leads aren’t actually dead at all.

A commonly quoted figure is that around three-quarters of companies drop leads that aren’t ready to purchase immediately. But as research by Marketing Donut shows, the majority of potential customers who show an interest in your company are not ready to buy at the time they make contact. In fact, for 63% of them it will be over three months before they are in a position to purchase – while 20% won’t be ready for over one year. So, just because the time wasn’t right six weeks, six months or even six years ago, does not make a lead dead in the water.

63% of customers will wait over three months before they are in a position to purchase – while 20% won’t be ready for over one year.

4. The targets are unrealistic:

This is a tough one. If every member of your team is complaining of this – and missing targets – then perhaps you have set the bar a little too high. If that’s the case, sit down with staff and work together to redefine targets. If, on the other hand, this is only a problem for select members of your team then chances are the problem lies with the individual, not the target.

Often this is simply an issue of motivation. Remember those stats we saw earlier – that 80% of sales come from 8% of the salesforce? Those in the 8% see a high target as a challenge. The 92% meanwhile will settle for average or throw their hands up citing an unfair playing field.

5. Our products/services are not good enough:

If a salesperson is questioning the worth of the product or service they are selling then it goes without saying that they are not the right person to sell it. I’m sure there are people out there who will contend that a good salesperson can sell anything, but I just can’t see how that can possibly hold true. If you can’t vouch for the quality of what you are selling, then how can you earn the trust of a customer and convince them that you have the answer to their problem?

Customers will instantly pick up on someone who doesn’t believe in the product they are selling. What’s more, salespeople who have a genuine love and enthusiasm for the product require much less motivation to sell it and are far less likely to offer up excuses. That was certainly the belief of author Zig Ziglar who said, ‘If you believe your product or service can fulfil a true need, it’s your moral obligation to sell it.’

So, the real question here is whether or not your salespeople can get on board and learn to love what they are selling. Because if they can’t, then they’re not adding anything to your organisation.

The final entry on our list is a reason all on its own to find new salespeople: ‘I forgot.’ This excuse – if it can even be called that – is completely unacceptable and tantamount to saying ‘I didn’t do my job’. Organisation is a key part of sales, and missing out on potential business through absent-mindedness or slapdash practices simply isn’t going to cut it. Particularly as most modern sales CRM systems make it hard for even the most scatty salespeople to miss a reminder. However, even if you are tracking your sales pipeline in Excel, that is still no excuse.

In the end, salespeople must be hungry for sales – so follow-ups get done and reminders get noted. As for the potential impact of forgetting to follow-up: Research by sales acceleration platform Inside Sales shows that between 35-50% of business goes to the vendor who responds first. What’s more, the Harvard Business Review recently reported that companies that attempt to contact prospects within an hour of an enquiry are seven times more likely to have a ‘meaningful conversation with a key decision maker.’

Research by sales acceleration platform Inside Sales shows that between 35-50% of business goes to the vendor who responds first.

Early bird. Worm. You get the idea. You need a salesforce that is motivated and one step ahead. It’s when you start hearing ‘I forgot to follow up’ – or any of the other excuses we have talked about – that alarm bells should start ringing.