The seven worst things you can do during negotiations 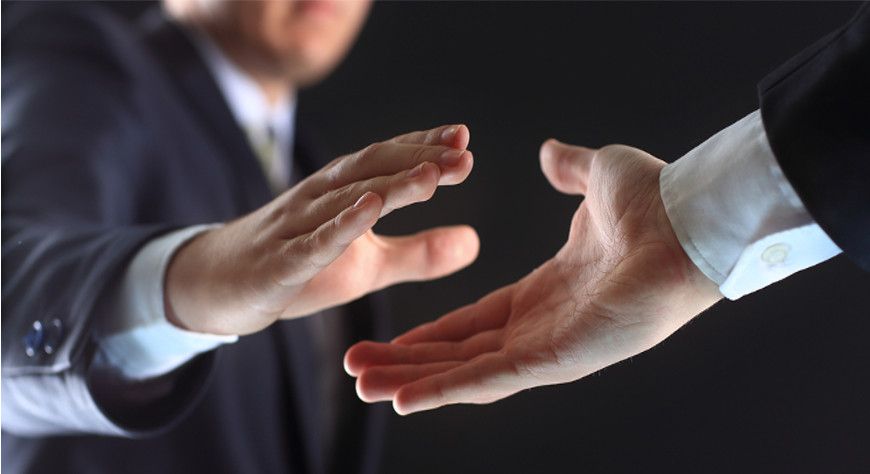 It’s a skill that every professional needs, and to some extent it’s used in almost every workplace interaction. But it’s not easy. Successful negotiation requires the right attitude and approach – a delicate blend of art and science, behaviour and preparation.

And it’s very different from bargaining. In their book ‘The Social Psychology of Bargaining and Negotiation’, Rubin and Brown argue that bargaining is more connected with ‘the proceedings at a used car lot, flea market, or fruit stand’; while they characterise negotiations as something more complex, more layered and ‘often reserved for a description of attempts at merger among industrial giants.’

The fact is, whether you’re an industrial giant or a brand-new entrepreneur, understanding the approaches to negotiation is key. So with that in mind, here are seven things you should avoid doing at all costs when you sit down at the table.

1. Negotiate when you don’t need to:

Before you even start, ask yourself if you really need to do this. In ‘The Negotiation Book: Your Definitive Guide to Successful Negotiating’, Steve Gates reminds us of an important first point: Negotiation is not suitable for every situation. The time it takes must be measured against what you lose (in time or money) by taking part in the process. He states that ‘just because everything is negotiable doesn’t mean that everything has to be negotiated. The value of your time versus the potential benefit that can be achieved by negotiating is always a consideration.’ So pick your battles and understand when it’s time to sit at the table and talk, or when to do so has no chance of bringing returns.

2. Let your emotions take over:

With so much at stake, emotions can sometimes get in the way when considering offers and proposals. This is natural, and a little bit of passion and conviction can go a long way – it shows the other party that you really believe in what you have, and are willing to fight for it.

If you can take control of yourself, your values and prejudices, your need for fairness, and your ego, you may start to realise the best possible outcomes in your negotiations.

But if your feelings take over, it’s unlikely to end well. Steve Gates describes negotiation as a process and an art – something that can evoke ‘complex feelings that many seek to avoid.’ He argues that success is possible, but the negotiator must truly master his or her emotions: ‘If you can take control of yourself, your values and prejudices, your need for fairness, and your ego, you may start to realise the best possible outcomes in your negotiations.’

3. Be aggressive when it’s not required:

Yes, sometimes you must be forceful in negotiations. But that doesn’t necessarily mean showing anger. Sun Tzu’s ‘The Art of War’ became a go-to book for entrepreneurs in the US in the 1990s, but much of it may have been misinterpreted, sending negotiators off with the wrong message. In ‘Chinese Business Negotiating Style’, author Tony Fang describes Sun Tzu’s approach as a way to ‘subdue the enemy without fighting’. He details a variety of Chinese methods – from changing negotiators (or location of negotiations) mid-stream if things aren’t going well, pretending ignorance, and even simply remaining silent for five minutes – an act which forces others to talk. These approaches may not fit your specific situation or personality, but shows that there are multiple ways to be aggressive without thumping on the table.

Diligence is the catalyst for success. In the heat of negotiation, especially when a lot is a stake, it can be easy to focus too much on your side of the story and what you want to say, without taking time to understand the other party. With time short and emotions high, it’s tempting to make assumptions about the other side’s business and objectives. Think of it as a process of collaboration – in his book ‘Negotiation: Closing Deals, Settling Disputes, and Making Team Decisions’, David Hames argues that while negotiation used to be viewed solely as a ‘combative process’ (which it still can be at times) it also has the possibility of becoming so much more: ‘We negotiate when we believe we can achieve more with others than without them.’

By nature, negotiation is also stressful. Subject matter is serious, and everyone involved is walking on eggshells. Slowing things down can help to diffuse this tension. Remember, it’s not compulsory to make a deal. If something doesn’t sound right, step back and consider before responding. There’s no hurry. It’s one of the most important activities in business, so treat it as such. Get to know your other party, personally as well as professionally. Take genuine interest in what they have to say. Empathy goes a long way in breaking down barriers and helping you both reach a good place.

Remember, it’s not compulsory to make a deal. If something doesn’t sound right, step back and consider before responding.

6. Find yourself bending the truth:

It sounds obvious, but it’s amazing how often it happens. Tell the truth. Sell it by all means – talk up successes or add a touch of swagger and confidence – but don’t make it up. The nature of negotiation makes it easy to over-claim, particularly in the early stages. You’re running on adrenaline, ready to go, and with no deceit intended you can end up overvaluing or overestimating yourself and your business. This alone can prevent a deal from happening. Embellishing might feel good in the moment, but it will almost certainly bring you down later. For a start, it makes negotiation much harder because you’ll end up having to remember two versions (or more) of the same story, one of which never happened. This can be confusing, especially if you end up having to play out the consequences of your lies based on a negotiation’s developments. And let’s face it, experienced negotiators have seen it all before, so you will be found out.

If we return to our expert on Chinese negotiation tactics we find a great way to avoid being overwhelmed by someone else’s business negotiation style – particularly when working with those from a variety of cultural backgrounds. Tony Fang imagines seeing a majestic fleet of ships floating towards the horizon. They may be impressive, they may be beautiful feats of engineering, yet each can be broken down into a few key components: Engine, deck, electrics, etc. So whether you’re negotiating with someone of a different culture, or just a different character (perhaps one you’re not used to encountering), remember that by breaking their approach down – even if that approach may seem so seamless and impenetrable at first – you can start to systematically understand how they are approaching the negotiation, and adjust your style accordingly.