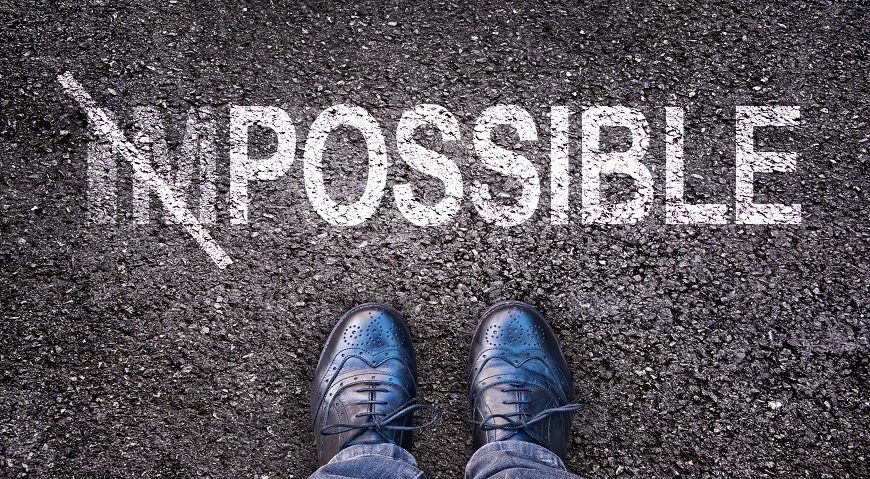 Nobody ever made it big without taking risks.

In a single decade, industry thinking can move so quickly that what once seemed ridiculous can not only be made real, but quickly become a cornerstone of society. So what are these once-crazy ideas – and what can you learn from them when developing your business’s offering?

1. Drones
Unmanned vehicles aren’t a new concept – their use was being investigated as far back as the First World War. Yet it is only recently that these ‘drones’ have leapt from futuristic works of fiction depicted in sci-fi movies to being accepted and adopted across different industries and even sold for private use.

As with so many technological innovations, the military pioneered the use of drones, using unmanned aircraft for reconnaissance and targeting over dangerous areas. Their efficiency, flexibility and ability to go where people can’t was quickly recognised and put to good use in other ways, such as using them to carry thermal sensors in search and rescue operations. Drones have even enabled a new form of science that has evolved from aerial archaeology (using aircraft to identify archaeological remains) into drone archaeology – a far cheaper and more accessible way of investigating and documenting our history from the air (particularly useful for an industry where budgets are tight but the rewards are priceless).

Drones are now available for anybody to buy and we can expect to see an explosion in their commercial use. Amazon has made no secret of its plans to deploy drones to make deliveries and there are many other innovative startups now securing funding to carve their own niche in the marketplace. Two such examples are Starship Technologies in London and Matternet in California, which are looking to create lightweight and low-cost drones for automated deliveries both on land and in the air.

Such is the rising adoption of commercial drones that it’s been suggested this industry will impact the American landscape to the tune of USD 82bn and help create 100,000 jobs by 2025.

Top tip: If you can prove the effectiveness of your idea in one niche industry, that can be the springboard for it to be adopted on a much wider scale. So target your launch very specifically.

If you can prove the effectiveness of your idea in one niche industry, that can be the springboard for it to be adopted on a much wider scale.

2. 3D printing
Who didn’t think this concept had to be a joke when they first heard it? A machine that could ‘print’ solid objects? How? Well, now we know how and 3D printing (or additive manufacture, to give it its technical name) is revolutionising many industries, led by forward-thinking companies that have taken a risk on the emerging technology and are now set to change the world.

In architecture, companies like Apis Cor are showing the possibilities of rehousing people after a crisis by using 3D printing to construct the main structure of a small house within just 24 hours. Another architect, Patricia Andrasik, was also investigating the process in 2017 with a view to rapidly producing sustainable homes for refugees in Iraq.

Healthcare is another area where 3D printing is helping to open up new possibilities. It will one day enable patients to print out their own medication, in doses tailored much more specifically to their needs than the one-size-fits-all drugs dispensed through the current channels. Even more extraordinarily, work is underway to develop 3D printer tissues and organs for human transplant.

Novax DMA and CEIT Biomedical Engineering have worked together to custom-design titanium surgical implants, to correct inherited deformities or conditions caused by injury or disease. Elsewhere, San Diego-based Organovo has been working on a bio-printing process that could take cells from blood samples and turn them into a ‘printable bio-ink’, paving the way for the future of 3D printing whole organs. This printing of tissue samples will also help improve the R&D process and reduce the need for animal testing, while opening up the potential for personalised medicine.

Top tip: If people don’t understand how your idea works, it doesn’t matter. All you need to prove is that it does work, so save time explaining and give more time to demonstrating.

3. Self-driving cars
We’ve all known about autopilot in planes for decades and it hasn’t put us off flying, but a car that drives itself? What about all the other cars that don’t? There might be a few wrinkles to iron out in that respect but it’s been conclusively demonstrated that the self-drive car can and does work. The technology required to make this a day-to-day reality is already here, with radars and cameras assisting in reading the road and self-parking, while systems such as Autonomous Emergency Braking show just how far we’ve come towards transferring driving responsibility from the human driver to the car itself.

Now a group of leading self-driving experts has created a startup company, Aurora Innovation, to help create driverless vehicles for the masses. Building on the popularity of the concept and some arguably successful tests around the world (such as with Google’s Waymo), this company put such an exciting proposal forward to take the idea to the next level that it soon landed partnerships with vehicle manufacturing giants Volkswagen and Hyundai.

Thanks to its collaboration with Aurora, Volkswagen is now so confident in the technology that it recently stated its aim to release commercial fleets of driverless vehicles in up to five cities around the world from as soon as 2021. It’s a prospect that could not only signal an evolution in fleet management, but change how society functions forever.

Top tip: Don’t expect your idea to be accepted overnight. Driverless cars have been in development for a very long time but are now looking more and more like an impending reality.

4. Cryptocurrency
A valid currency that doesn’t exist in the real world probably didn’t sound too far-fetched 10 years ago. A lot of us were already using electronic banking to manage our finances and paying for things by debit and credit card, so the days of real, physical currency were already numbered.

Yet few could have imagined just how big virtual currency would become over the next few years. Take Bitcoin, for example. Developed by a smart and innovative figure known only as (the alias) Satoshi Nakamoto, this first cryptocurrency was only created in 2009 and now has up to 20 million users (more than doubling them in the second half of 2017 alone). Its price, while famously volatile of late, peaked at just under USD 20,000 per coin at the end of 2017, and there have even been suggestions that it could reach as high as USD 1m, making its investors a huge sum of money.

While there are other decentralised cryptocurrencies on the market, Bitcoin’s success is now such that it is accepted by companies like Microsoft and Expedia, so what’s to stop it becoming ubiquitous in the next few years?

Top tip: If you truly believe in your concept, make sure you invest in it too.

If you truly believe in your concept, make sure you invest in it too.

5. Video on demand
While a decade ago all the signs pointed to a digital future, not many people would have foreseen just how much this might change the home entertainment landscape.

No longer are we limited by our access to a television, a chunky disc player and the physical recording. Our collections are now gathering dust, while we download or stream just about any film or television show ever made, watching it at a moment’s notice from anywhere we can connect to the Internet, on any computer, laptop, tablet or phone we happen to have on us.

Amazon has become an industry leader in this field too, with its Prime service neatly tying into the delivery subscription we already had and giving us relatively cheap access to a range of titles. But I would argue that Netflix is the real success story here, having ditched its successful DVD rental business model (with a list of 3.6 million subscribers) to launch a streaming service, initially just in the US in 2007 and then the rest of the world over the next decade.

As we all know, the risk paid off. Netflix tapped into (and then fed) the trend of providing streamable content for an increasingly digital generation. It now commands 117 million subscribers (adding 8 million in the last quarter of 2017 alone) and is revolutionising home entertainment further, as it disrupts the traditional theatrical release market to bring films to consumers instantly (such as the international release deal for Annihilation and the surprise release of The Cloverfield Paradox in early 2018).

Top tip: Be prepared to make changes, no matter how good your original idea is. It’s the businesses that get set in their ways that flounder, while those that are prepared to change tack catch the wind.

Summary
Anyone can dream the impossible dream but those who find success with it have two things in common: they took the leap in the first place and then worked hard to make it happen. If you’re a startup in a similar situation, with a passion project that only you believe in, don’t give up hope.

Remember, nobody ever made it big without taking risks.