Home > Business and Leadership Skills > Ready to be your own boss? 5 signs you may be closer than you think

Ready to be your own boss? 5 signs you may be closer than you think 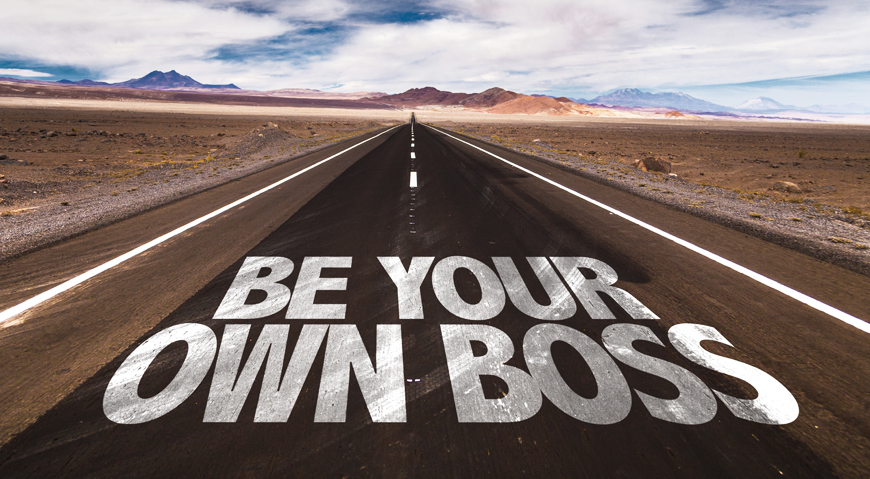 There’s never an ‘ideal time’ to launch a business venture. The economic environment will never be perfect and there will never be an optimum window in which to launch your product or service. So, it can help to take a look at yourself for signs you might be ready to break out on your own, rather than search the horizon for external factors hoping they’ll give you an indication.

In Dubai alone, almost 20,000 founders recognised those signs and applied for new business licenses in 2017. But what are the signs and how can you tell they’re pointing towards entrepreneurship? Here we look at five and examine what bearing they might have on the road to becoming your own boss.

But if you think your skills are being underused in your current job, or you aren’t being stretched to your full potential, it’s a sign that you might be ready to go it alone. And if you believe you could do your boss’s job, but better, and the carrot of promotion does nothing for you, the chances are you could be ready to branch out on your own and start your own venture.

But it’s not just about promotion: employees who feel that they’ve learned all they can in their current role are more likely to be disengaged at work. Indeed, according to analytics company Gallup in their State of the American Workplace report, employees are rarely enthusiastic or excited about their job when they have to perform the same tasks day in, day out with little prospect of learning something new.

Takeaway – why the end of the road means a new avenue

What does this mean for you as a potential entrepreneur? If you feel like you’ve reached the end of the road when it comes to learning new things and are beginning to feel disengaged, and not even a promotion can excite you, it’s probably time to start thinking about launching your own venture. Your idea might be based a new product or service, or it might draw heavily on your career experience so far. Either way, if you know you can do it better than your boss and you’re ready to be stretched, it’s time to start your research and talk to a few experts.

So, it probably won’t come as a huge surprise to learn that the fear of failure is the single most common fear among entrepreneurs. According to a 2016 report from the UK think-tank Centre for Entrepreneurs, 40% of founders acknowledged their fear of failure as a major concern, and the Global Entrepreneurship Monitor (GEM) 2017/2018 report reveals similarly high levels of fear of failure across 54 economies.

The fear of failure is the single most common fear among entrepreneurs.

But if you can recognise that fear of failure is not exclusively negative, you might be ready to take the step into entrepreneurship: individuals who can harness that fear into positives such as an increased sense of urgency, stronger work ethic and a keener sense for risk are often the most suited to entrepreneurship. In short, they’re not gung-ho or reckless, and do not allow their risk-aversion to cripple them into inaction.

Takeaway – respecting fear and failure by turning them to your advantage

What are the key takeaways here for would-be founders? If you recognise the risks and see potential failure as, at worst, an intermediate event, and at best, a positive force for good, it’s likely you’re ready to break free and go it alone. And if you agree with research from Failure Aversion Change in Europe (FACE), an initiative for entrepreneurship in collaboration with the European Union, that an awareness of failure can also lead to better business and resource planning, then you probably have the measure of the risk/reward equation and are better placed than most to be your own boss.

If, on the other hand, you’re experiencing a crippling fear of losing a steady income and benefits package and jeopardising your standard of living, then you’re probably not yet ready to make the leap. And what’s more, according to the FACE project, if you fail to address those crippling fears and still overcome the odds to launch a venture, the chances are you’ll launch it half-heartedly, thus dramatically increasing your chances of failure.

In short, if you’ve been squirreling away savings whilst in employment, you’ve got your credit in order, you’re prepared to hold out for a bonus if necessary and you’ve taken advantage of your strong medical or dental cover before it might be ripped away from you, the signs are that you’re readying yourself for the bumpy road of entrepreneurship. So, if you’re already thinking about plans to bridge any loss of benefits and cover your inability to produce proof of a regular income, it’s a sure sign that you may be ready to be your own boss.

Which means that people who are able to block out negative social perception and even negative self-perception – the fear that leads many to ask: can I really do this? – are most likely to make the leap into becoming their own boss. Perceptions on failure vary around the world, it’s true. In some countries, according to a report from The Economist entitled The United States of Entrepreneurs, bankruptcy spells social death. But in the US, and especially in Silicon Valley, it’s seen as a badge of honour.

Here in the UAE, the GEM 2017/2018 report ranks the country first out of 52 in the high status given to entrepreneurs, yet it seems that would-be entrepreneurs are still afraid of negative perceptions: despite the 2016 Bankruptcy Law, which modernised the UAE’s insolvency laws, the UAE also ranks first out of 54 when it comes to fear of failure.

Takeaway – respect the opinions of the few and disregard everyone else

What can this tell you about yourself? If you can relegate that fear and turn it into motivation, thus making it a powerful driver for making decisions which are right for your future business, you’re a business founder-in-waiting. And if you’ve done all you can to build a positive support network around you whilst still in employment, you’ve probably learned to dispel this anxiety – after all, disregarding what most people think is a sure sign that you’re unlikely to be overwhelmed by negative perception, but it’s wise to keep close family and chosen advisors informed of your plans. According to the FACE project, entrepreneurs stressed that having a family and mentor network in place means potential founders are less likely to suffer those fears.

The reality is that, despite the news media often being dominated by fresh-faced young billionaire entrepreneurs, the majority of successful founders have years of experience behind them, often as employees.

Despite analysis from the FACE project that found that the worry of ending a successful career in employment ranked as an entrepreneur’s second biggest worry, the figures seem to show that workers move into entrepreneurship because of their career experience to date, not in spite of it.

Takeaway – expertise in your field can help the transition to entrepreneurship

Founders often launch new ventures based precisely on their own career experience to date, meaning that, far from being all in vain, that experience will be crucial in how your new venture evolves and thrives. If your current employment seriously limits your chances to fulfil your potential, it’s time to harness that wealth of knowledge and put it to good use in your own enterprise. Speak to an expert, but choose wisely.