Home > Business and Leadership Skills > Pulling the strings? Why micromanaging is damaging your SME

Pulling the strings? Why micromanaging is damaging your SME 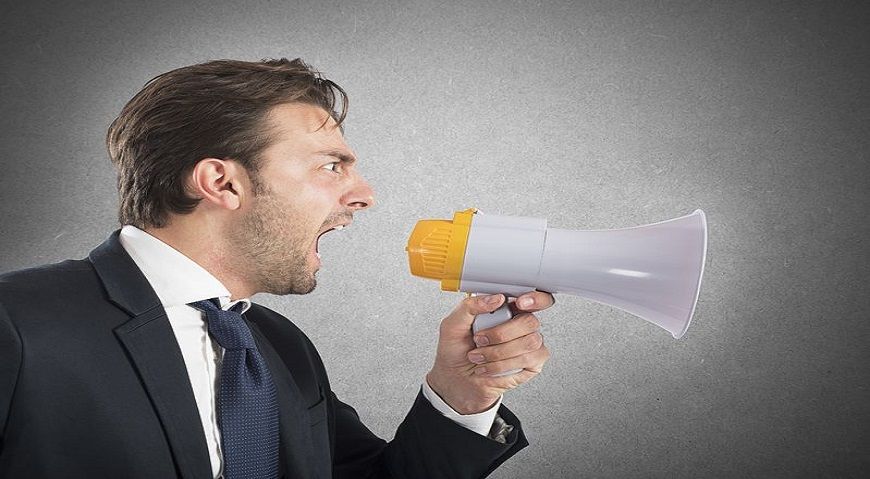 Where do you fit on the control freak scale?

It’s normal for entrepreneurs to be involved in every tiny aspect of an enterprise – founders are often solo players and are typically responsible for every decision in the early stages.

But entrepreneurs who know how and when to adapt their style of leadership and management as their business evolves also tend to get the best results. In short, they see the innate perils of a continued hands-on approach that can easily morph into a damaging micromanagement style.

So what is micromanagement, how do you recognise it, and what can you do about it before it’s too late?

Let’s look at some problems – and some solutions.

Micromanagement – what is it and where does it come from?

The term micromanagement is subjective and often misused but it’s most easily identified by a complete absence of delegation or by a tendency to take delegated responsibilities from subordinates on a variety of invented pretexts (we will get to those excuses you tell yourself and your employees shortly). This has the negative effect of removing genuine responsibility and decision-making powers from staff.

Even though it’s often unintended, this unwarranted interference centralises tasks and decisions to form a crippling bottleneck in organisations through which everything must pass. As noted in the book My Way or The Highway, ‘micromanagement is the excessive, unwanted, counterproductive interference and disruption of people or things’. Almost exclusively negative, micromanagement is dangerously counterproductive. In time management alone, as you add the work of your employees to your own workload, you’ll find yourself drawn ever further into pointless minutiae and lose strategic focus very quickly.

At its very worst, according to Dr Richard White, micromanagement is a form of behavioural disorder. Writing in Public Personnel Management, he suggests that extreme micromanagers behave pathologically, refusing to accept responsibility or accountability. ‘They seldom develop people,’ he says, ‘but instead exploit them, preferring to control results rather than inspiring creativity.’

At the other end of the spectrum, research indicates that micromanagement is often not only unintended but driven either by a rational desire for success or a natural aversion to failure. ‘They want success so badly’, says Cangemi in Leadership and micro managing, ‘and want to avoid failure with even greater intensity – they simply take over and take command…’

And there’s no guarantee past achievement will immunise entrepreneurs from the micromanagement trap. According to global consulting firm Blessing White, star performers who are used to achieving results on their own often default to micromanagement because of a lack of appreciation of their new role. They fail to see this new position as that of coach and leader, ‘not a super-manager of multiple projects or tasks’, and mistakenly think they need to manage the details of other people’s work.

Despite the many early indicators of micromanagement, it’s a tendency that’s much easier to recognise in others than in ourselves.

After all, when entrepreneurs have worked hard to grow a successful enterprise, hands-on involvement and over protectiveness may seem justifiable. In addition, as Richard White explains in The Micromanagement Disease, concern for detail is not necessarily a sign you’re a micromanager. ‘There is a big difference between micromanagement and monitoring,’ he says, adding that any important task should have some kind of monitoring system that ensures high performance.

Given the potential for misdiagnosis, it’s perhaps helpful to start with the principle of subsidiarity in your business. Because it’s vital that your talented employees feel empowered to the point that they are able to make decisions, and be accountable for them.

So ask yourself: Are you making decisions that should be made by employees?

If the answer is ‘yes’, it’s time to start asking why.

‘Quicker if I do it myself’ and other excuses

Even with trusted employees you may occasionally find yourself in a situation where you’ll justifiably conclude that ‘it’s quicker if I do it myself’. But if that phrase is always on your mind, you’re probably not making the transition from entrepreneur to leader successfully. More importantly, it demonstrates a lack of trust in your employees’ ability to execute the responsibilities you hired them for and could be an early sign of your own unwillingness to delegate, thus impeding their professional development.

If that professional development fails to materialise, it won’t be long before you begin to see signs of yet another worrying indicator of micromanagement: high staff turnover. Although hard to recognise in oneself, employees can spot it a mile away. In a survey conducted for the book My Way or the Highway it was shown that 79% of employees surveyed had experienced micromanagement from past managers, with 32% reporting that they had changed job because of the experience and a further 62% who had considered changing job.

Micromanagement: its impact on your business, your employees and you

The consequences of micromanagement on your business are inextricably linked to its effects on your employees and on you. If one fails, all three fail and things can quickly spiral out of control.

Whereas in a well-functioning enterprise you find that employee engagement will help drive success and engender yet greater engagement, the absence of any autonomy or responsibility amongst staff will inevitably lead to its opposite: employee disengagement.

According to research published in the European Journal of Business and Management, a task with no substance or significance usually results in its disconnection from the staff performing it. This can lead to worsening negative attitudes including indifference, lethargy and cynicism, all contributing to inferior performance. In Rajkumar’s Micromanagement: An Employee’s Adversary, we hear how ‘disengaged workers can be characterized by their absence of concern about their organization, the ambiguity surrounding the function they carry out… and the unsatisfactory relationship that they share with their colleagues’.

Employees do less out of fear of making mistakes, and the up-shot is a no-risk culture where creativity and productivity die.

Such widespread disengagement will ultimately lead to even lower productivity. Employees do less out of fear of making mistakes, and the up-shot is a no-risk culture where creativity and productivity die. And what’s worse for your company – the 20% of employees who quit their job due to micromanagement or the 80% who ‘quit and stay’? A demotivated and dwindling staff means you are spending more time and money trying to recruit new employees into a toxic environment which potential new hires will easily recognise as trouble.

This all contributes to a dramatic increase in the micromanager’s workload and stress levels. As a result, in the short term you’ll likely lose sight of your strategic objectives – after all, when you’ve appropriated everyone else’s projects and wasted too much time monitoring what few mundane tasks you’ve left them, where will you find the time to strategise effectively? In the medium to long term it will seriously damage the productivity and perhaps even the survival of your enterprise.

Soul-searching for a cure

As a first step, engaging some outside help is crucial. A qualified, independent observer can help you recognise whether you’re inadvertently micromanaging by taking a closer look at how your organisation functions. For example, an examination of the decision flow of your business will reveal whether decisions are being made at the right (in other words ‘lowest’) level. If they’re not, then with some guidance you’ll probably be able to identify those tell-tale bottlenecks where a combination of high workload and too many decisions causes delays, interference and inefficiency.

Learning to delegate is an important step in curing micromanagement tendencies, however horrifying it may be for some. In terms of productivity, it is one of the most important skills a manager can master. In addition to building responsibility, accountability and mutual trust, delegation also means your employees are happier. This alone can go some way to reversing employee disengagement, helping to banish its associated negativity and ushering in a new era of productivity which will mobilise and energise your staff.

Leading your way out

Failing to address your own micromanagement can have devastating consequences. But if entrepreneurs can be guided into recognising the changing role they have in their own business, they will have a better chance of turning bad management into good leadership.