Psychological tricks entrepreneurs use to gain the upper hand 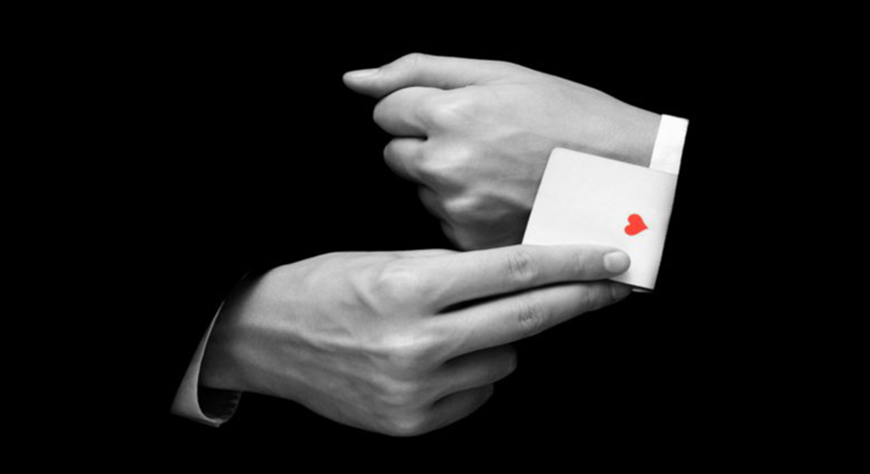 You don’t need me to tell you how cutthroat the business world can at times be. For the most part, this is simply par for the course: we are all trying to get ahead, and unfortunately the ugly side of human nature occasionally gets the better of some as they look to gain the advantage over colleagues and competitors.

Now it’s up to you to find your moral comfort level, and I hope it is of the highest standard. As a big believer in karma, I do think what goes around comes around, and if you put the well-being of others at stake just so you can get ahead, that will come back to you at some point.

Okay, soapbox sermon aside, let’s now get to the point of this article, which is to take a look at some of the rather devious tactics that the psychologically-savvy businessperson might employ as he or she aims to get the upper hand. If anything, let it serve as a warning – what you can be on the lookout for – as you navigate the corporate playing field.

While few entrepreneurs achieve great success without calling on their powers of persuasion, there are some who go well beyond passionate prose in their quest to get ahead, employing psychological tricks and tactics – whether consciously or subconsciously – in an attempt to achieve some sort of advantage. From the clever to the rather questionable, here are four commonly used methods.

Ever had a business visitor walk into your office and “take control”? It could be something slightly odd, such as heading through to the company kitchen and grabbing a cup of coffee before waiting to even be greeted by you. Or perhaps you’ve gone to a meeting at someone else’s office and were left waiting at reception for a good long time – even though you could see your host sitting in his or her office not looking too busy.

Those are just a couple of random examples of what may be intentional maneuvering. According to research by the University of Amsterdam, this certain “level of disregard” for the proper way of doing things is often used as a method of establishing dominance.

People who stray into impoliteness by stepping outside of conventional norms are demonstrating that rules don’t apply to them, which is a way of trying to control things or gain more power. The goal is to gain the upper hand by resetting the agenda or throwing people off their game – if even just slightly.

A disregard for the proper way of doing things is often used as a method of establishing dominance.

2. They are masters of deception

Convincing people you are successful might be as easy as buying a sharp suit, reading a few business books and regularly dropping in choice words of wisdom – or simply exaggerating achievements. Although it gets tired real quick, it’s nonetheless a tactic many people use as they try to give off an aura of success. When it comes to these types, though, there is not much to worry about.

But beware of the individual who might be aiming to throw you off the scent by representing as the underdog or the one who is floundering, while at the same time subtly highlighting how you are in the driver’s seat. In other words, the ruse is to make it appear as though they are at your mercy because you are in the stronger position.

If we take a negotiation setting as an example, an adversary using this method may display what appears to be weakness, seemingly conceding things when in fact they are conceding nothing. For example, they may make it seem as though you “strong armed” them into adding this product feature or this service at no extra cost, when in fact those things were going to be included all along. They have been pulling the strings the entire time, which they will then continue to do when it comes to nailing down the price.

3. They always try to get more

“I know we said delivery Thursday, but is there any way we can bring it forward to Tuesday?” Or, “I just have this small addition to the project, can you make it happen?”

Seemingly harmless requests, right? Now they might be legitimate – there may be a genuine need to get things done a bit earlier or to add a deliverable or two to the initial project scope. But this type of request could also be a method of identifying the right “victims” to exploit on a regular basis. Some people are literally on the lookout for those they can take advantage of to get more done while putting in less effort directly themselves.

This is a rather underhanded tactic that involves seeking out those who are for whatever reason more vulnerable, then using that vulnerability for selfish reasons. That “vulnerable” individual may be the new hire, or just the person who has a hard time saying no. Whatever it may be, there are more than enough hunters out there looking for the next prey.

4. They ask for the impossible then negotiate from there

The tactic here is to ask for something completely outlandish that there is no chance of getting. Once that offer is rejected, the person returns to the negotiating table and asks for something much less ridiculous (which is actually what they wanted in the first place). It’s rather obvious, but guess what: it works a lot of the time.

There are several reasons why this is so. For example, the other party may be inclined to pat themselves on the back for seeming to have successfully brought that offer right back down to earth so quickly. But the science behind it all is a bit more interesting: according to researchers at the Journal of Personality and Social Psychology, when we decline a request we then tend to feel an obligation to say yes to the very next offer, especially when that offer appears rather reasonable in comparison.

In other words, we don’t necessarily put everything into context. If we did, we would see that there was a very unrealistic disparity between the first offer and the second one, and we would then take that second offer as if it were the first one, and essentially negotiate from there. This again is a tactic that takes advantage of the “human vulnerability” factor.

When we decline a request we then tend to feel an obligation to say yes to the very next offer that, in comparison, appears rather reasonable.

You may be saying to yourself, “Now wait a second, I would see right through all these things.” And maybe you would. In fact, maybe most people see through such “games” and “tactics” most of the time. But the psychologically-savvy individual is not looking to fool all of the people all of the time. He or she is rather going about business just like the rest of us, but all the while with that radar on high alert looking to gain an easy advantage as often as possible.

All that said, while it is the natural order of things that we become a bit harder and tougher as we gather more experience in the corporate world, there is no need to put your guard up too high, and you don’t want to appear as though you are suspicious of everyone and every proposal coming your way. Be aware and cautious, sure, but don’t get to the point where you are arriving at every discussion with an obvious distrust.