Past versus present – how has entrepreneurship evolved with the times? 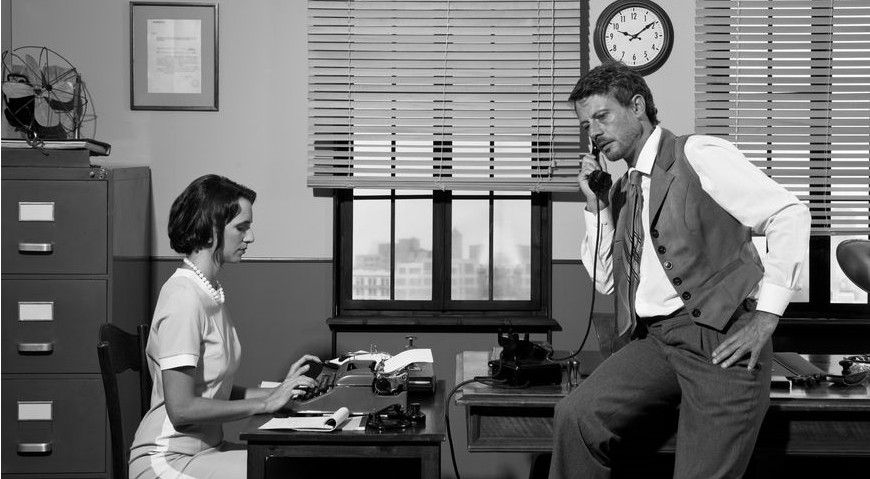 This may come as a surprise to some, as the basic definition of an entrepreneur hasn’t deviated much over the years – it’s still a person who starts a business despite the financial risks involved, in the hope of making a profit. But while the definition hasn’t changed, the business and wider cultural environment have.

Think back to an entrepreneur in the 1950s or 1960s – they may well have had a very different focus and approach. The world has changed remarkably in the last 65 years, and entrepreneurship has both helped drive that change and been driven to change with it.

Let’s look at this in more detail.

Entrepreneurs, with their quest to discover and develop markets, have been around for as long as humans have been trading goods. This means they have been integral to our social, economic and behavioural evolution. Think about the development of intra- and inter-national trade, leading to territorial conquest and social development, as discussed in Joe Carlen’s A Brief History of Entrepreneurship.

But the actual word ‘entrepreneur’ derives from a French one meaning ‘to undertake’ – entrependre. It took on its now more traditional meaning after economist Jean-Baptiste Say began using it this way in 1800.

For a long time entrepreneurs were thought to be born, not made. But this mindset began to change back in the 1950s, when the concept of ‘entrepreneurial education’ came to fruition in the USA and with it the study of business history.

For a long time entrepreneurs were thought to be born, not made. But this mindset began to change back in the 1950s, when the concept of ‘entrepreneurial education’ came to fruition in the USA and with it the study of business history.

The father of this concept was Frederick Terman, a leading engineer at Stanford University, who expressed frustration at constantly being overlooked for funding. He encouraged academic staff and students to begin working with industry and created courses to show them how. By 1985 Peter F. Drucker, in his book Innovation and Entrepreneurship, was arguing, ‘Most of what you hear about entrepreneurship is all wrong. It’s not magic; it’s not mysterious; and it has nothing to do with genes. It’s a discipline and, like any discipline, it can be learned.’

The above example makes the 1950s a great comparison point for how entrepreneurship has evolved. Your average entrepreneur back then would have been white and male. Most entrepreneurs were likely extroverts, happy to go from door-to-door to get their product or idea ‘out there’. Successful entrepreneurs generally lived where the money was, namely the US or Europe. If you’re thinking, ‘this doesn’t sound like me’, you wouldn’t be alone – but the image of the entrepreneur has of course progressed since then.

So what’s changed? Well, quite a lot when it comes to the face of new business ventures. What’s notable is that almost all the changes I describe have their roots in the remarkable global developments within technology and society.

Information technology has been one of, if not the most important social and economic drivers of the past half-century. Many more ‘conservative’ countries have become increasingly socially progressive and open to international trade. This is particularly the case for the UAE. As the best-ranked country in the Middle East for ‘ease of doing business’, according to the World Bank Group, it already offers a relatively low-tax environment before the even less restrictive free zones are taken into account. The benefits for entrepreneurs have been startling.

1. Tech: While industrial manufacturing has been in slow decline in developed nations, technological entrepreneurship has moved in to fill the void. Tech companies (e-commerce, software and technology) in the UAE made up 29% of new businesses, according to the 2017 MENA Venture Report. In the 1950s these were a distinct minority. Even if a company isn’t a tech startup, it’s highly likely to be utilising developments such as social media, apps and websites.

2. Diversity: The leap in technological faith, combined with social progression, has opened up entrepreneurship to the masses. Today it is now much harder, if not impossible, to conjure up that above-mentioned picture of the ‘typical’ modern entrepreneur.

One of the most noticeable changes is that women now make up a significant proportion of those in charge of startups. In emerging markets, the G20 estimates that females, either through full or partial ownership, represent 31−38% of registered small- to medium-sized enterprises (SMEs). According to the Global Entrepreneurship Research Association, there are now even countries where females report equal or higher entrepreneurship rates than men, one of which is Qatar. Minority-owned businesses are also booming, while entrepreneurs in many parts of the world are starting out younger and younger.

Technology, with online advertising, social media and email, has allowed people who would never have been thought to possess that entrepreneurial spirit to show they had it in abundance after all. In 2017, the number of people with access to the internet became more than the number who didn’t for the first time, currently standing at 3.77 billion users. Usage in Africa is now at 29% penetration, and the Middle East 60%. This has provided access to knowledge and essential business technology at low cost, in places where before this was impossible.

3. Education: One of the reasons why entrepreneurs can start out younger is the rise of entrepreneurial education. Universities are now churning out people with the necessary skill sets and knowledge to hit the ground running. Such courses are no longer restricted to the USA and Europe, with even universities in the UAE, such as NYU Abu Dhabi and the Dubai Entrepreneurs Academy, offering courses on business and career development. And those without the opportunity to attend such a prestigious course still have access to knowledge through self-learning, such as via free online courses or YouTube videos. Entrepreneurship is no longer the domain of people with bright ideas and a dream, but those with bright ideas and focused training to boot.

4. Location: Technology also means it’s possible to work from anywhere, at great speed, and great scale. You don’t necessarily have to live where the money is anymore, and you don’t have to spend your day knocking on doors. The internet has been key to enabling this. Big businesses are broadening their workforce to include and take advantage of startups in smaller, developing nations. One study by Willis Towers Watson, the risk management and insurance brokerage firm, found that 54% of companies globally are looking to change how they manage their workforce to use more external contractors in the next three years.

5. Social ethics: An even more recent shift has been the rise of ‘ethical entrepreneurs’. Touched by the social desire to stem corporate greed, and in line with the growing trend for conscious consumers and environmentalism, these people are no longer purely profit-driven. The aim is to build a socially conscious enterprise that returns something to society. Companies such as TOMS, the shoe store, which runs a ‘one-for-one’ policy – buy one pair of shoes and another is donated to a person in need – is a prime example. As is Ecosia, the search engine that claims to use over 80% of its profits to plant trees where they are needed most.

Touched by the social desire to stem corporate greed, and in line with the growing trend for conscious consumers and environmentalism, entrepreneurs are no longer purely profit-driven.

Some things, though, quite simply haven’t changed when it comes to entrepreneurs. We need the ability to solve problems, to show creativity and invention. There’s that entrepreneurial spirit too: attributes like focus and tenacity – things that simply cannot be taught in any classroom. Without these, startups would never get off the ground.

Then there is the ability to face hardship and failure without giving in. To persist, or move quickly on when things, as they invariably do, go wrong.

Entrepreneurs still also need excellent management skills. The ability to plan, make quick decisions, motivate and lead, as well as market and finance effectively. These are the kind of skills frequently given a helping hand in the many education courses across the world.

So, what will entrepreneurship look like in another 50 or 60 years? Well, it is hard to see beyond technology as the driving force in the industry. More and more automation should leave more and more time for creativity. The ability to validate ideas should become quicker and online communities such as Kickstarter should continue to drive the growth of ethical and community-based entrepreneurs.

Ultimately, what we can take away from our brief glance at the recent history of entrepreneurship is this: it is mainly the external factors that have changed – the technology available, the greater opportunities open to marginalised groups as the social and cultural landscape evolves. But when it comes to behavioural traits, I fully expect the most successful entrepreneurs will continue to be those who do what they have always done so well – innovate, move with the times and refuse to give up.