Mumpreneur advice from the pros: Tackling the biggest challenges 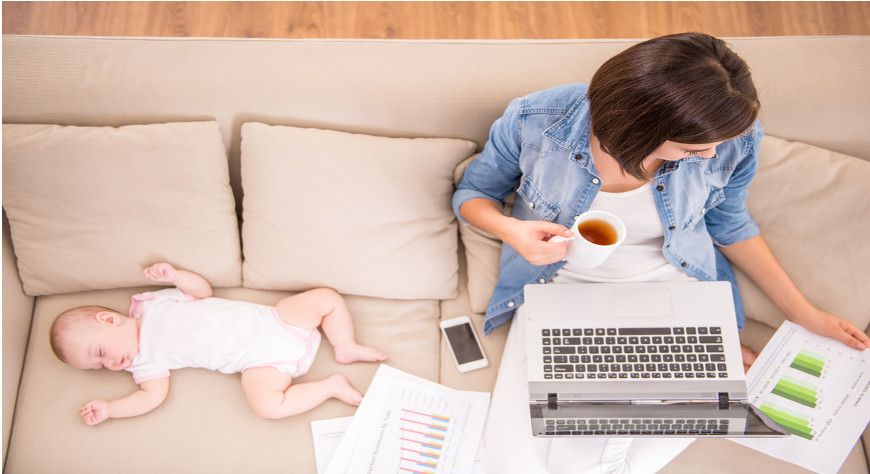 According to a recent poll by Manta, 62% of mumpreneurs believe being a mum and running a business are equally difficult.

I guess it’s fair to say these are two monumental undertakings. And also fair to say that a combination of the two will challenge even the toughest among us.

Yet so many do it. Indeed, according to the same Manta survey, 95% of female small business owners involved in the study were also mothers.

And so it begs the question: How do they do it and still manage to keep things together?

Well, as with many things in life, a huge part of the battle is simply recognising and accepting the size of the challenge and acknowledging that at times it is going to be hard to keep things together. And the other main task is to look closely at the biggest challenges and find ways to deal with them – and do so sooner rather than later.

So what are some of these biggest challenges mumpreneurs face in their dual roles? For this let’s turn to a few mumpreneur pros who have been there and done that to see not only what they recognise as the greatest struggles of mumpreneurship but, more importantly, how they deal with them.

Challenge 1: Getting out of “mummy mode”

Many mumpreneurs take their first steps towards business ownership after having taken time off to have children. Struggling with being a mother and managing a business? We approached mumpreneur pros to find out about their greatest challenges and how they dealt with them!

The key to overcoming this particular challenge – according to Angela Benton, founder and CEO of NewME – is to look for opportunities to apply those skills you have learned from being a mother. She suggests mumpreneurs starting out can do so by not viewing that time away from work as having been time away from the experience building.

Specifically, Benton believes that motherhood brings with it a range of skills that can be realistically transferred into running your business: multitasking, taking initiative, creativity, budgeting, problem-solving, and much more.

Motherhood brings with it a range of skills that can be realistically transferred into running your business: multitasking, taking initiative, creativity, budgeting, problem-solving, and much more.

In other words, Benton suggests that rather than compartmentalise “mum’s world” and the “working world”, make the most of the skills you’ve picked up as a mum and add them to your entrepreneurial arsenal.

Challenge 2: Getting the kids on board

Finding enough hours in the day to get things done is one of the biggest challenges that every entrepreneur faces. However, when you have to share your working hours with kids who require just as much attention as your business, finding those hours becomes increasingly difficult.

Lauren Thom, founder of the New Orleans brand Fleurty Girl, has a practical answer to the problem. She believes the easiest way to balance time with your children and the demands of your business is to combine the two.

Obviously this depends on the age of your kids, but for those of you with children who are old enough, Thom suggests viewing your children as your “board of directors” and involving them in as much of your business journey as you can.

It’s not easy at first, as it does require a fair bit of thought on your part as to what would actually work and what would just be a straight out distraction full of frustrations. But if you find the right tasks for your kids to be involved in – and indeed the right decisions to involve them in – it can actually help speed along your business while bringing a fair bit of harmony to what can be a rather tense situation (that is, you trying to balance the equally pressing demands of motherhood and entrepreneurship).

Challenge 3: Too many tasks, not enough time

This particular challenge very much echoes the sentiments of the one above – in that mumpreneurs are faced with a mammoth to-do list like no other. However, here we are not just talking about how to get work done around the kids, but rather how mumpreneurs tackle that list of tasks in a day already stretched so thin.

The answer is very simple: you don’t. Our advice here comes from successful mumpreneur Amy Renzulli, a School of Rock franchisee, who says the key to overcoming this challenge is in acknowledging that you can’t do it all.

Once you have accepted that, Renzulli says, the next task is to take an honest look at that busy schedule and start prioritising – not only what needs to be done first, but whether some of it really needs to be done at all.

Mumpreneurs have to make plenty of sacrifices, and in Renzulli’s case, that meant saying no to countless invites and events – not because she didn’t want to go or thought they were not worth attending, but because she was finally being honest with herself about what she had time to do.

The long and the short of it is this: Learn to let go.

Challenge 4: Overcoming doubts about the value you deliver

When working “on the side”, it can be easy to start to believe that your service isn’t worthy of the rates of your competitors that work “normal” office hours or are more established. Because of this, many first-time mumpreneurs in particular question the value they are delivering and may, as a result, undervalue their offering. It’s almost as if they are being “apologetic” for also having to be mothers while getting that work done.

But the reality is that combining entrepreneurship with raising children is your business and not your clients’, and as long as you are delivering on time and to a high standard, then you need to be charging the same rates as the market.

According to Jaime Derringer of Design Milk, a highly successful design blog, mumpreneurs must be careful to never undervalue or underestimate themselves. She says she has seen too many mumpreneuers sell themselves short only for that to come back and bite them. What happens is they are now working more hours for less money, and long term that is simply not sustainable and will only serve to make the entrepreneur-mum combo all the more stressful.

Challenge 5: Getting over the guilt

It’s safe to say every mumpreneur starts out with the intention of splitting her time equally between work and family commitments. However, as anyone who has ever tried to juggle raising children and running a business knows, it very rarely works out that way with consistency. And that’s often when the guilt sets in.

It’s a natural reaction. At one point or another every working mum has felt guilty for not spending enough time with her children. But the truth is there is no need to feel guilty. It is very often the case, in fact, that running your own business can give you even more time with your children than many other working parents who are holed away in offices seven, eight or nine hours a day.

Running your own business can give you even more time with your children than many other working parents who are holed away in offices seven, eight or nine hours a day.

Granted, it may not feel like it, but if you stop and think about, you may come to realise that you are around a fair bit. The hours may not always be the most stable or consistent, but don’t confuse that with not being around.

In the words of Nusha Pelicano – Orange Leaf franchisee and mother of six – mumpreneurship tends to balance itself out in the end. She tells mumpreneurs not to beat themselves up or overthink things when the business takes a front seat, because before you know it your children will be back at the forefront getting all the attention they deserve. It’s a constant seesaw.

Clearly mumpreneurs face a set of challenges that are entirely unique to them: that of juggling all of the stresses and strains of entrepreneurship alongside the full-time job of raising children and trying to have a life of their own. As the advice above makes clear, however, these are all challenges that can be overcome – or at least, to a certain extent, made more manageable.

Just never forget that there is no cure-all for the struggles you will be facing as a mumpreneur. That is, there is no way to get things right and keep them that way. As a mumpreneuer your world will be stressful much of the time – and you may even feel like it is too much to bear on occasion.

But if you work hard to put things in perspective, and learn how to let go of those extra things that you just don’t have the time for anymore, then you should be able to find a happy medium that will make the journey both a pleasant and rewarding one.