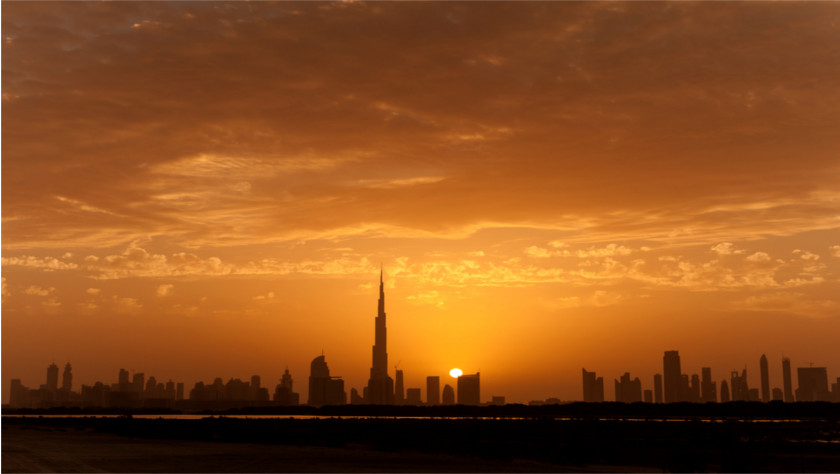 We talk a lot about the sheer number of businesses setting up in Dubai, but what’s equally impressive is the incredible diversity of industries in which they are working.

The Brookings Global Metro Monitor ranks metropolitan economies around the world and puts Dubai in an incredible fifth place in overall performance ranking. Meanwhile, in the first half of 2016, there were over 8,000 new companies becoming members of the Dubai Chamber of Commerce and Industry – swelling total membership to around 193,000.

In fact, the Global Innovation Index (GII) study found the UAE to be the most innovative country in the Middle East. This is all about Dubai pushing forward in technological development, becoming a ‘smart’ city, along with encouraging public/private sector collaboration.

And most of all: Opening up the playing field for entrepreneurs. Actually, it’s more than that. It’s going that extra mile to make the business landscape as attractive as possible for everyone from individuals to SMEs to large organisations.

So whether revolutionising a traditional industry or making waves with new technologies, there are countless examples of trailblazing businesses that call the UAE home.

Let’s take a look at three great examples – and what we can learn from them.

Formed in 2001, the Entertainer is one of the UAE’s greatest ever success stories – the perfect example of a business that took an idea and completely revolutionised it. And, believe it or not, the company’s owner arrived in the UAE with just USD 3,000 in the bank. Having moved to the Emirates from Australia for a job that didn’t work out, founder Donna Benton was plotting her next move when a row of empty restaurants caught her eye – she saw an opportunity. Yes, there were many great eating and drinking establishments and attractions but where was the incentive to encourage people to go to them?

And so the idea for the Entertainer was born – discount books for a range of attractions.

While something similar already existed in the form of percentage discount cards, Benton found these to be limited and often heavily restricted – not for use on weekends, lunchtimes and so on. The Entertainer aimed to offer a straightforward alternative: Buy-one-get-one-free (BOGOF) vouchers with just one catch – they can’t be used on the eve of special holidays. Getting the idea off the ground was not easy, with the usual hardships one can expect when in startup mode. For example, Benton would be writing her business plan and three-year feasibility study in an internet café because she couldn’t afford a computer. She then spent the next few months working by herself, creating books and pounding the streets to sign up merchants.

Getting merchants on board wasn’t easy, even those who liked the idea would often push for better deals. But Benton held firm to her BOGOF business model. She knew that if customers were to pay for the discount book (which retails at around USD 100) then they had to be assured that there were no catches or restrictions. Though the startup years were difficult – with Benton not taking a salary for the first two – well-known merchants eventually came on board with others not far behind. In the years that followed, Benton built on the Entertainer’s success in the UAE, rolling out her business model to other countries in the region.

Today, the Entertainer reaches from London to Hong Kong, with 10,000 merchant partners, 40 destinations and more than 150 employees.

We don’t need more space; we just need to utilise the existing one in a smarter way.’ This was the basis for Park Key finding a way to combat the problem of finding a parking space in busy cities. And like many of the UAE’s most exciting companies, they’re using technology to solve what is essentially an old problem.

This was the basis for Park Key finding a way to combat the problem of finding a parking space in busy cities.

After having to delay or postpone several meetings due to not being able to find a parking spot, veteran of the IT industry Adnan Masood decided it was time to find a solution. So, he quit his job in marketing and launched Park Key – an online service that allows users to book parking spots in advance, by the day, week, month or even year. In just a few clicks, users can search empty bays by location, price and availability, then book their spot and be assured it’s ready and waiting for them when they arrive at their location.

As well as being a testament to business in the UAE using new technologies to solve common problems, Park Key also goes to show just how quickly an idea can take off here in the Emirates. Having only launched its online portal in January of this year, it now serves approximately 2,100 spots across 600 locations in Dubai, Sharjah and Abu Dhabi. In the ten months since inception, the business has grown from a one-man enterprise to a team of fifteen, based in Pakistan and the UAE. The company claims it has month-on-month growth of 107% , with plans to roll out the business across the rest of the GCC in 2017.

For the entrepreneur looking to grab a slice of a booming market, there are few better places to do so than the UAE. GlamBox founders Shant Oknayan, Christos Mastoras, Fares Akkad and Marc Ghobriel can attest to that. In fact, they used Dubai as their base to tap into two rapidly expanding sectors: The beauty industry and the subscription market. The latter is currently growing at an incredible rate – with one study putting visits to ‘sub-box’ sites up 3,000% in the US over the past three years. Meanwhile, the Middle East is thought by many to be the fastest-growing beauty market in the world.

By tapping into both, GlamBox knew they were onto a winner.

The strength of GlamBox’s business model is in letting its customers try before they buy. For a monthly fee, starting at just AED 80 (USD 20) subscribers are sent a sample selection of different beauty products each month. With a near constant stream of new products in the burgeoning ME beauty market, GlamBox’s aim is to allow its subscribers to discover new brands and looks, without committing to the purchase of full products.

The business was an instant hit. After launching in 2011, subscriptions quickly surged throughout 2012 and by 2013 plans were already underway to roll out the business model in Saudi Arabia. These plans were boosted when in late 2013 GlamBox secured USD 1.4m in venture capital from MBC Ventures, STC Ventures and R&R Ventures.

Now firmly established in both the UAE and Saudi Arabia (and ranked at number four in the Forbes Middle East 2015 list of most promising UAE-based startups), GlamBox has even bigger plans for the future, expanding into the rest of the GCC and then the Levant region. The company wants to be a beauty hub – from learning about products, to trying them, to buying them.

Welcome to the home of business innovation – is your idea next?

Each example we have talked about is a testament to the fact that if you have a good idea, business sense and plenty of ambition, you can make a success of it here in the UAE. And they are just three of the almost countless examples we could have mentioned: There’s Wally, the money management app; Teach Me Now, the e-learning platform; Social Dice, the revolutionary recruitment firm – and many, many more.

Each example we have talked about is a testament to the fact that if you have a good idea, business sense and plenty of ambition, you can make a success of it here in the UAE.

The best part is these businesses certainly won’t be the last of the UAE’s success stories – the Emirates has very big plans for the future. Not only is the UAE government doing its utmost to foster entrepreneurial talent – through funding schemes such as the Khalifa Fund for Enterprise Development, the Dubai SME equity fund and the Mohammad Bin Rashid Establishment for Young Business Leaders – but it also recently announced its aim to become the world’s most innovative country in the next five years. This is backed up by Vision 2021, a wide-ranging programme that includes the goal for the UAE to become an ever-more competitive knowledge economy, with environmentally friendly infrastructure, first-rate education and world-class healthcare.

With such ambitious plans already underway, who knows what kind of success stories we will be reading about in five years’ time.