Home > Business Success and Challenges > Is ignoring the competition really the key to success?

Is ignoring the competition really the key to success? 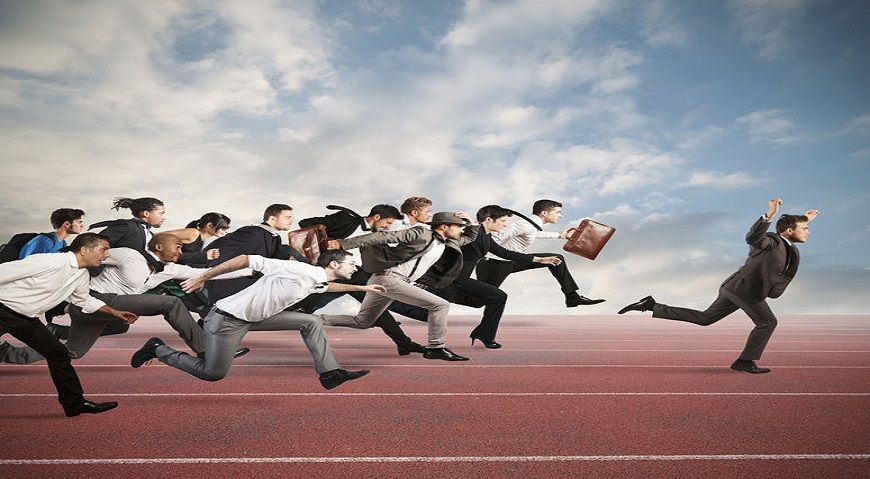 To ignore or not to ignore. If that’s the question, what is the answer?

Let’s look at both sides of the argument and understand where the entrepreneur should stand on what is both an important but often divisive issue. Is there a middle path through all this, and if so what does it look like in practical terms?

Three reasons to ignore your competition

Okay, here are your reasons to look the other way entirely when it comes to the competition.

1. Your resources are limited, so why waste them on others? Thinking about competitors, endlessly researching them, making spreadsheet after spreadsheet takes up a lot of time, especially when there are a lot of them.

Take marketing technology as an example. If your startup is looking to bag some market share here, then you probably can’t even keep up with the number of competitors given the phenomenal pace at which landscape is growing.

The 2017 Marketing Technology Landscape Supergraphic really highlights this. In 2011, there were around 150 marketing technology companies. Fast forward six years and there are now over 5,000. In the last year alone there has been a 40% growth in available solutions. You would need to hire someone full-time just to keep up.

All that time spent monitoring your foes could be better spent elsewhere, such as on the things any competitive analysis will probably tell you to improve anyway. Make your product more reliable. Diversify your brand. Train your team. Improve your customer service, or produce a new marketing and advertising campaign that really talks the talk.

Diversify your brand. Train your team. Improve your customer service, or produce a new marketing and advertising campaign that really talks the talk.

2. Focus on customers not competitors. This is intrinsically linked to having limited resources, but it’s worth making the distinction.

The bulk of an entrepreneur’s focus should be on the target customer base. If you’re not sure who that is, make researching it a top priority. If the market is already so saturated that you’re struggling to be heard, focus on what your customers want, or will want, as well as how and where they are accessing their information. By putting your limited time and resources into your customer base, you’re automatically focusing on your product and learning about competitors on the sly anyway.

The founders of Deliveroo, the London-based food delivery app that has now spread to the Middle East, knew there were lots of competitors. After all, food delivery is nothing new. But they also recognised that customers were finding it impossible to get quality food delivered – which inadvertently told them a lot about their competitors.

Team Deliveroo concentrated on getting as many well-known and well-respected restaurants on board as possible. Add fast delivery and easy ordering, and they were instantly ahead of the competition.

3. Copycat problems. Startups are meant to be innovative. By definition that means creating something different, something new – something that reshapes the market landscape. But too many times I see startups that simply refine another company’s product. In an over-crowded market this problem could get even worse. Suddenly you’re trying to improve on everyone’s offering, causing your product to become a mishmash of ideas.

The UAE-based app Rise – which helps nannies in the region save, invest and borrow – is a great example of how these three reasons to ignore the competitor combine.

Imagine you started this app. You decide to focus your opening research on the potential competition. You find no one does this – great. But the more you dig, the more you realise that many banks do offer a more general investing platform that helps migrants anyway. Maybe you’re missing out by not including other populations? Maybe you decide there’s no point, because it kind of already exists.

But the entrepreneur who created Rise put much more time into understanding the target audience instead. She polled them, finding that 95% of nannies didn’t even have a bank account, 43% were dealing with debt, and many had no idea how to become better at their job. The insight was clear: not only do nannies struggle with money, they do so because they don’t know how to save or where to save – which meant competitors clearly weren’t doing a great job. On top of this, nannies also struggled with building vital career skills. The second phase of the app is introducing online courses to help out with just that.

So create new demand. Hold on to that original big idea, because by coming up with it, you saw that gap in the market and probably analysed the competition anyway.

Ignore them at your peril

Now let’s flip it, and look at why you shouldn’t take your eyes off your competition.

1. You may need to react. Imagine you ignore the competition because of the reasons above. But a month before you’re about to launch that new app, a competitor beats you to it. Disaster.

The reality is that times have changed. Maybe ignoring the competition was fine advice a decade ago, but with technology driving change at a pace never seen before in human history, entrepreneurs can’t afford not to follow their competitors, at least to some extent. Earlier, we saw how quickly new businesses were entering the marketing technology landscape, and how this could be used as an argument for ignoring the competition. But it can easily be spun another way: If you don’t pay attention, you could inadvertently become a copycat.

By keeping a fleeting eye on your direct competitors, you can react before they do, or at the very least be ready to respond.

Who are your direct competitors? Well, when starting out they are unlikely to be on a par with Apple and Microsoft. Whatever you may have heard, thinking too big at the beginning is a mistake. Airbnb didn’t start out trying to take market share from hotels: Joe Gebbia and Brian Chesky started by giving designers a chance to rent a sleeping mat in their loft and threw breakfast in as part of the deal. It spiralled because the idea was innovative and competitors limited. According to the Macrothink Institute, market share of Airbnb in the UAE is predicted to have dinted takings for budget hotels by 10% in 2016.

So keep an eye on those competitors solving the same problem or vying for the same dollar as you. Don’t obsess about them, just be aware.

2. Learn from their mistakes. Even if your product is set to reshape the marketplace and has no immediate rivals, there are still some overlaps between your business and indirect competitors. You both probably have a website, maybe an app, for example. Learn from the failures and successes of others. What keywords do they use to be top of an internet search (Google Alerts is a great tool for keeping on top of this)? What content do they have that attracts a lot of internet traffic?

Even if your product is set to reshape the marketplace and has no immediate rivals, there are still some overlaps between your business and indirect competitors.

And perhaps more importantly, learn from their failures too – because the risk of this happening in our globalised marketplace is only increasing. A 2015 report from the Boston Consulting Group, Die Another Day: What Leaders Can Do About the Shrinking Life Expectancy of Corporations, found that the ‘five-year exit risk’ for public companies traded in the US now stands at 32%, compared with 5% back 50 years ago. So have a look at some of the more recent failures in your sector. Where did they go wrong? Did they grow too fast? Did they try to diversify too much and forget their core audience? Whatever their mistakes, take heed of them so you can avoid the same pitfalls.

3. Your competitors are on the inside. At more and more tech startup businesses, it’s becoming increasingly common that new companies (and potential competitors) are formed by employees who think they can do a job better than the in-house team. It’s hard to ignore these rivals, and there is a strong chance of having to work with them at some point down the line.

Then there’s the guy on the desk next to you or down the corridor. Co-working spaces or tech hubs, such as Astrolabs Dubai and Impact Hub Dubai, frequently operate out of free zones and bunch startup businesses together. What are the chances that a competitor is sharing the same coffee machine? Or that you’ll bump into them at a conference? In all these cases, it’s important to understand whether they are a threat to your business or in fact a potential future collaborator that could add real value.

Ultimately, your situation is unique, so start by knowing your business inside out; that way you’ll be aware whether a bit of competitor knowledge will be a help or hindrance. This is especially true if the market is already crowded. No business can operate in a bubble, but don’t let the competition dominate your vision or relationship to customers. Just put your head up every so often to take in that bigger picture.

And after all, finding this sweet spot will put you a long way ahead of – you guessed it – your competitors.