Home > Business and Leadership Skills > How to become a motivational leader

How to become a motivational leader 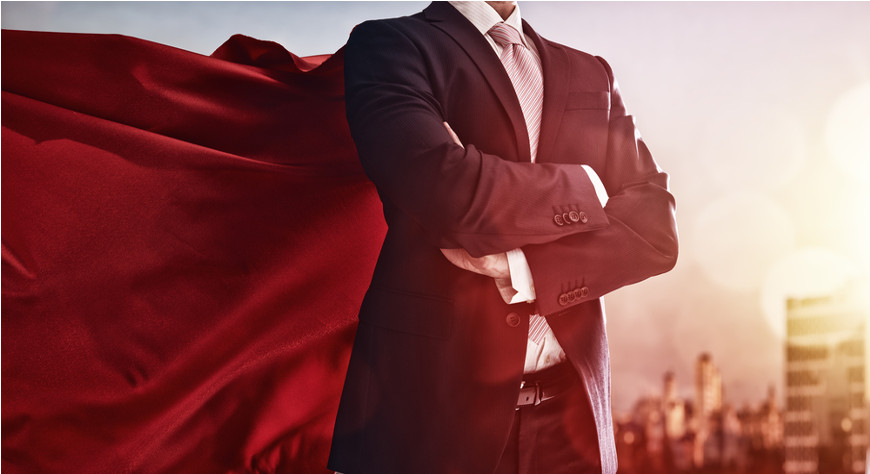 Over the years, the vast majority of investigations into what motivates employees have come to similar conclusions: It is not always the more obvious incentives such as money, rather it is the actions of other people, often those in senior positions. A study conducted by McKinsey found that inspiration, praise and acknowledgement from leaders ranked higher as effective motivators than financial incentives such as pay raises and bonuses. And for those of us lucky enough to have worked for a boss who inspired us with their actions, perhaps these findings won’t come as much of a surprise.

So what do you think your team would say about you?

Becoming a motivating boss (we’ll get to exactly what that means in a moment) is vital when it comes to organisational success. Because as the writers of the Handbook of Industrial, Work & Organizational Psychology point out ‘…there is a strong relationship between motivation and productivity in the workplace. Employees who are motivated will be more conscientious, dependable and ultimately more productive.’

If employee motivation is so important, and the source of that motivation more often than not comes from leadership, the next question is: What are you doing to ensure you are a motivational leader?

Employees who are motivated will be more conscientious, dependable and ultimately more productive.

Think about the most motivational and inspirational people you have met and in all likelihood they share one thing in common: Genuine positivity. A study published this year in the Journal of Applied Psychology looked at the motivating effect of a phenomenon known as relational energy (the energy derived from personal interactions) and discovered that employees whose bosses left them feeling positive were both more productive and more engaged in their roles.

Why is this so important in today’s busy work environment? Well, the researchers argued that ‘as employees and organizations continually strive to do more with less, human energy in the workplace is an increasingly critical and relevant issue in organizational research.’

So a truly motivational leader is essentially an energy boost – and one who can fire up the team and lead them to achieve great things.

It’s not about you, it’s about them. There are few better ways to inspire and motivate a team than by putting their needs ahead of your own. As author, management consultant and motivational speaker Simon Sinek puts it, ‘Leadership is a service. And service comes with sacrifice.’ This sacrifice is not always entirely selfless of course. Putting in your time and energy to help and inspire others usually brings about better performance which ultimately benefits you as leader.

So whether through pure altruism or as a tool to achieve your own goals, there’s no mistaking the fact that motivational leaders are often incredibly focused on others. The best way to achieve this as someone in a leadership role is to find out what makes your employees tick. The quickest way to do that is by being open, available and personable. Encourage those around you to discuss goals and challenges and then invest yourself fully in their professional growth. Without this human connection, you can never hope to inspire anyone to be at their best.

There’s no mistaking the fact that motivational leaders are often incredibly focused on others.

Whether you’re the CEO of a large company or the founder of a small startup, it’s understood that people are motivated by strong leaders who possess a clear vision – and who can communicate that vision effectively. Your employees are not mind-readers – they need to hear it. A study in Public Relations Review conducted research into this area by talking to more than 150 employees of one Fortune 500 company. What did they find? That ‘CEO credibility is positively associated with perceived organizational reputation and employee engagement.’

In other words, do employees respect the person at the top? If they do, they are more involved and motivated. So the key is the leader clearly communicating their company vision – and this holds whether your company has three people, 3,000, or 30,000. It’s incredible how far a leader’s voice can travel if what is being said is well articulated, logical and clear. Employees respond. And as a leader, you will gain better engagement from those who work for you.

Self-belief isn’t just about believing in yourself when things are good. It’s admitting that there will be times when everything feels lost but it’s in those moments ‘when the going gets tough, indestructible self-believers dig deep into themselves to rise to the challenge,’ says author Fiona Harrold. She believes in the maxim: ‘Love yourself and others will follow.’

But why is belief in yourself so important when dealing with everyone else? ‘Confidence is contagious’ according to legendary NFL coach Vince Lombardi – and in fact there may be much more that we can take from sports. A study by Utah State University found a correlation between ‘confidence’ and ‘performance’ when it came to sports teams. Their findings suggested that not only was team and coach confidence possibly related (the more confident the boss, the more confident the employees) but that if both team and coach have an air of confidence about them, their results were better. If you behave in a way that suggests success – then success may just follow.

So confidence is not only contagious, but it improves performance.

5. Learn from the best and don’t give up:

Who motivates you? What can you learn from them? Perhaps you find your inspiration in the world of famed motivational speakers such as Zig Ziglar, Jim Rohn or Robert Kiyosaki – all of whom have a host of seminars, books and other content available online. In particular, American businessman, author and motivational speaker Tony Robbins’ Ted Talk titled Why We Do What We Do is a masterclass – instead of just trying to motivate people, he asks why certain things motivate us.

There is also plenty of motivation to be found in the stories of the business greats. Two must-reads are ‘Steve Jobs’ by Walter Isaacson and Richard Branson’s ‘Losing My Virginity’ – these are classics. As you read, ask yourself which traits are resonating with you and energising you. Pick out key attributes and look for ways of emulating them when delivering your own message.

No one is saying that all of this is possible overnight. It’s a process. It needs constant work. Let’s borrow a line from one of the world’s greatest motivators we just mentioned above, the American author, salesman, and motivational speaker Zig Ziglar: ‘…motivation is not permanent. But then, neither is bathing; but it is something you should do on a regular basis.’ So being motivational is not necessarily something that is just in us at all times – we must make a continued effort.

Motivation is not permanent. But then, neither is bathing; but it is something you should do on a regular basis.

Or to put it another way, being motivational is not something you are but it can be something you do. It requires effort. But effort brings results.