Home > Business Success and Challenges > How to be a successful freelancer

How to be a successful freelancer 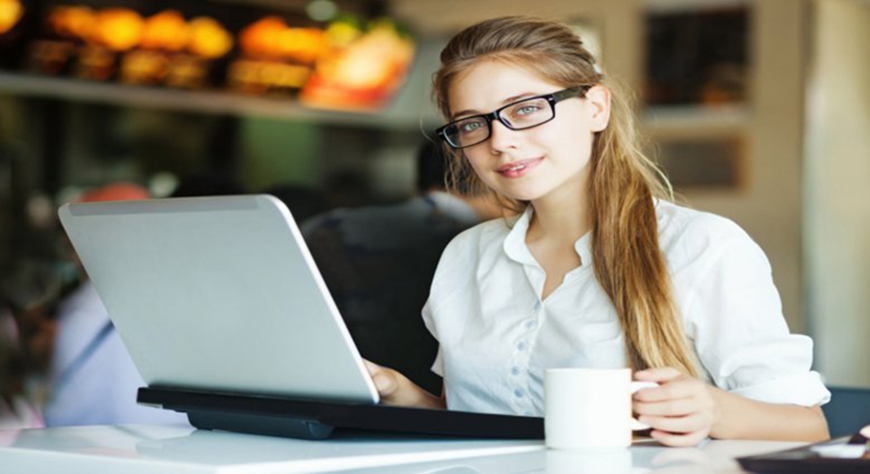 The freelance economy is booming. In fact, it is the fastest growing sector of the global workforce, as workers from all over the world continue to say goodbye to their day jobs and embrace self-employed life. So many have taken the plunge, in fact, that it is estimated that as of 2015, one-in-three American workers are freelancers – while half the workforce of both the US and the UK are expected to be working as freelancers by 2020. Across the European Union, freelancer numbers have increased by 45% in recent years.

As for us here in the UAE, Nabbesh, a Middle East online freelance marketplace, reported tremendous growth in the freelancer market in the UAE since 2013. And Upwork (formerly Elance-oDesk), which, through its online talent database helps companies connect with talent around the world to work on a project-basis, said that in 2014 the UAE ranked fifth globally in terms of its online hiring spend over the Upwork platform.

So what is it that is driving this sharp rise in the world of freelancing?

Technology has played its part, making it much easier to advertise services to a global audience through online business models and then subsequently carry out work remotely. But there is also the appeal of it all, with studies showing that freelancers tend to earn more than their employed counterparts – by almost 50% in both the US and the UK according to some sources. They also tend to enjoy greater flexibility and freedom that come with being one’s own boss, which can also give more control with respect to the work-life balance. You don’t, after all, have to say yes to all work that comes your way. You can decide when enough is enough.

Of course the streets aren’t always paved with gold. Freelancing is hard work – particularly in the early stages – and it often involves a level of risk and sacrifice in comparison to regular employment. However, when armed with the right information and equipped with the requisite skills, the rewards of freelancing are ready to be reaped. With that in mind, let’s take a look at four things that should be top of the to-do list of anyone wishing to become a successful freelancer, assuming you have set up your freelance visa in Dubai correctly.

Along with the freedom of being your own boss comes all of the responsibility of being your own boss. There’s no accounts department to make sure you get paid on time and no co-workers to delegate to or get support from. From now on, it’s all on you. Many of us often struggle with order and operations, and so this is initially one of the bigger challenge for those venturing out on their own for the first time.

I always say that without an orderly foundation, chaos ensues, and with one, growth ensues. So get your workflow systems in place, and keep refining them until you are satisfied that you are in control. Set time aside each week to lay out your to-do list for the week ahead and prioritize each of your actions by importance. The key to executing a long-term plan is to master the short-term, so use the feeling of satisfaction that comes from striking off your weekly and daily tasks as a driver for achieving your ultimate aim.

Before you embark on your freelance career there are several key figures you need to have mapped out. How much money will you need to have in savings initially (if you are making the leap all at once and not holding onto your day job, for example)? What is your break-even monthly revenue point and how long will it take you to get there? How much work will you have to secure to meet your revenue targets? And so on.

While this may seem rather obvious, the takeaway is really that you need to see what sort of effort is required to make it all worth it, and then whether that effort in itself is worth it. If you are good at what you do and have a skill for which there is adequate demand, you should be just fine over the long term. Generally speaking, freelancers tend to earn more in most countries than full-time employees in the same industry, and so the main questions should be: How long will it take me to get there, and how do I get there?

Turning down work can feel like a dagger in the side of the hard-working freelancer. You’ve gone to all the trouble of building a reputation and winning new business, and now you have to let it pass you by and watch someone else reap the rewards. However, it pays to keep an eye on the long game in this situation. Of course no one likes to turn down a payday, but be realistic – can you honestly complete the project that’s on the table to a high standard within the timeframes given? If the answer is no, then that is exactly what you need to tell the client.

In the long-run it is best for both parties – as well as your existing client base – and you can always pick up a relationship with them later on when you have more availability. What’s more, you remove the risk of damaging your reputation by delivering work late or under-par.

A flipside to this coin, of course, is that you can say yes and then outsource it. But then you are, possibly, taking the first step towards building your own team – and so growing a company – aren’t you? I mean after all, saying yes once means saying yes again and again should those offers keep piling up. Now while this is not a bad thing, just think it through carefully. Outsourcing means managing the work of others in terms of giving out project briefs and reviewing and possibly improving on the work through your own direct efforts (be it cleaning up code or editing text or designs, etc.). It also means managing various deadlines, dealing with different personalities, and – perhaps most fun of all (I hope you are picking up on the sarcasm) – dealing with accounts payable.

It really all depends where you want to land. If you intend to stay a freelancer working alone and managing just what you can manage, then it is very much up to you how many hours you are willing to work. Based on your personal comfort level, you know when you have to say no. If, on the other hand, you want to grow by outsourcing work – or even through in-house hires – then that road could lead down different paths towards building something bigger, all of which I would say are rather exciting, but which may lead to a lot less control over your personal time investment.

Your network is everything as a freelancer, whether it is made up of clients, prospects, former colleagues, fellow freelancers, friends and family members – or that chap you met at that place you went to that knows someone who really really needs the services you offer. It is therefore vital to build and maintain a strong group of allies. The key to building this network is to put yourself out there – especially in the beginning. Network on LinkedIn, attend events, contact people you may have previously worked with, and generally start selling yourself.

And of course stay organised. Have a nicely ordered database that shows your leads and regular customers, and keep notes such as when you were last in touch with them and what was discussed. This is all part of the nurturing side of things, which should see you following up like a master, ensuring to stay in touch at just the right time – which not only means not going too long without saying a polite hello, but timing your interaction so that you can see if they have jobs coming up just as you may be wrapping up some work and so need to start lining up your next round of work.

Have a nicely ordered database that shows your leads and regular customers, and keep notes such as when you were last in touch with them and what was discussed.

There is also another aspect to networking, which is about getting to know your own colleagues as well. Here I am talking about fellow freelancers offering the same service as you offer. Should you, for example, find yourself in a position where you have to turn down work as touched on in point 3 above, it is much more favourable – for both you and your client – to point them in the direction of a trusted fellow freelancer.

Not only will the client be grateful for the support, but you will most likely see the gesture reciprocated in your direction somewhere down the line. Just a tip here, make sure that you share your charging rates for that particular client with your fellow freelancer, and encourage him or her to give the same rates. If their rates are much lower, you run the risk of losing that client for good, and if their rates are much higher, you may be wasting your client’s time by sending the wrong person their way.

Freelancing really is  a lifestyle. While it requires some upfront hard work to find your groove, once there it is as if you are “in the club”. And from my experience, those who have joined that club are more successful and more content than they ever would have been if they remained an employee at a company.

On a final note, as the stats show us, if you can do it, it really is the way forward. As noted, for the average freelancer the paycheck is bigger than it would be via the employee route, and the hours are also better. Logic wins in this case. The only thing you have to ask yourself is whether or not you have the personality for it. If so, then it just might be time to join the growing ranks.