The four startup phases of “not giving up” 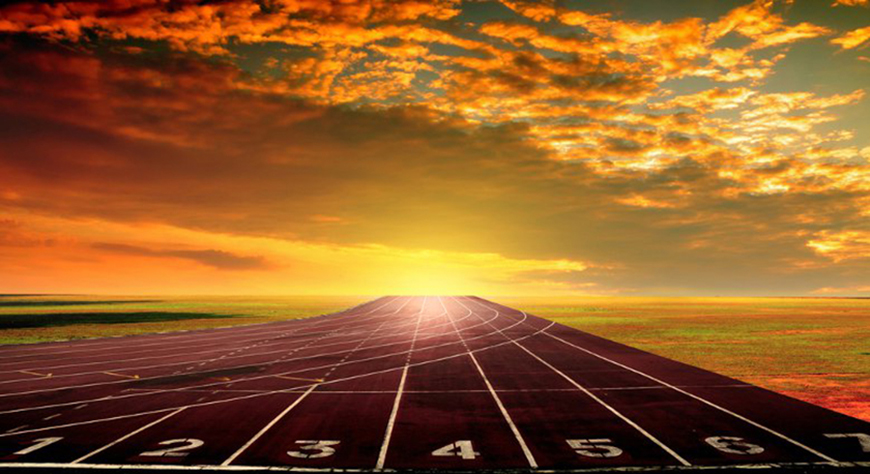 Note: This article also appeared in Entrepreneur Middle East, and can be viewed on the site here.

It’s a message that echoes throughout as many locker rooms as it does startup offices: “Don’t give up.” It’s what the coach tells his players when the chips are down, and it’s what the entrepreneur tells him or herself when the trials and tribulations of business seem too much to bear.

But let’s be clear: When it comes to any great challenge in life – and building a business is one of the biggest you can set for yourself – saying “don’t give up” seems a bit of an insult. It in some ways trivialises the monumental task that the startup business owner has to suffer through almost daily.

That said, is there really another way to put it? Among the successful entrepreneurs of past and present, I’m pretty sure 99% of them would be able to tell you about the extreme hardship, struggle, self doubt, insecurity, and fear that had to be battled through in that effort to “not give up”. And these are generally not short periods of struggle. Indeed, these are often years of hard work with not even a hint of light at the end of the tunnel to provide comfort or guidance.

The life of a startup owner is often years of hard work with not even a hint of light at the end of the tunnel to provide comfort or guidance.

Virgin’s Richard Branson once said: “It’s far more difficult being a small-business owner starting a business than it is for me with thousands of people working for us and 400 companies. Building a business from scratch is 24 hours, 7 days a week, divorces, it’s difficult to hold your family life together, it’s bloody hard work and only one word really matters – and that’s surviving.”

That sure is a heavy dose of reality. At the same time, in some ways it is also a heck of an inspiration. And so with those words of reality and inspiration, let’s now get into the purpose of today’s topic, which is to take a look at what “not giving up” actually means to the startup owner. I do this by focusing on what I call the “four key phases of not giving up”, which make up the typical mental journey the startup entrepreneur has to battle through in those early years.

Phase I: The idea

In fact, the “not giving up” journey often starts before the actual company is launched. The idea phase is an emotional rollercoaster for any entrepreneur. One minute you may be convinced that you have the next million-dollar idea, and the next minute those self doubts creep in and you will start to feel like a failure before you’ve even put anything into action.And to be sure, there are plenty of potential setbacks that can arise, from getting turned down by an investor to finding out that your idea was already attempted by someone else and never got off the ground. It is for this reason that many aspiring entrepreneurs do not survive this stage: that is, they simply give up straight off the bat.

Now while it could be argued that those who drop out during this phase are not entirely cut out for the rough waters of entrepreneurship, in all honesty this is the time when the resolve of even the toughest business minds can be tested.

So how do you get past this first test? It all comes down to a shift in mindset. As anyone who has ever made a success of a business knows, the business idea is secondary to its execution. Therefore, to stay on track, stop believing that you either sink or swim based on the quality of the concept or prototype, and start putting that time and effort into hatching a plan that is going to bring your idea to life and get it to market.

As anyone who has ever made a success of a business knows, the business idea is secondary to its execution.

Phase II: Going for it

Once a business idea starts to gain traction, we move on to the next major stage: The “going for it” stage. For some, this stage is about taking the plunge – ditching the day job, living off savings, and throwing everything behind the dream of making the business work. For others, it could mean that they are still working a full-time job while building a business on the side.

Whatever the scenario, battling feelings of loneliness and vulnerability are likely going to be the order of the day, because you will be doing all that extra work and seeing virtually no returns. If you’ve jumped ship from the 9 to 5, you’ll almost certainly yearn once more for the safety and security of a steady paycheck; and if you are essentially keeping your day job while managing your startup, you’ll constantly be questioning whether the time, effort, and sacrifice are truly worth it.

The key to surviving this particular phase is to appreciate the concept of delayed gratification. Sure, you are not seeing any success right now – but that is not because you are failing, it is because you are not there yet. Success comes later, and you have to believe that. For now, you must focus on putting in the groundwork and assembling the building blocks that will facilitate that success.

Phase III: The first clients are in, but they are not enough

Next we come to a phase full of mixed emotions. Those all-important first clients are starting to roll in, but as of yet they are not generating enough to pay all of the bills – or even a good amount of them. Essentially, you are starting to prove the business concept, but it may not feel all that good because you are still a long way off and are likely still struggling financially.

Once again, the biggest hurdle to overcome here is your own self-doubt, because once again you are asking yourself if it is worth it. Have you simply proven that you can get a few customers, or have you proven that there is a real business to be built here? In truth, the answer is that you won’t find out for some time yet – and that, quite simply, is startup life. Like I said upfront, in the early years there is often not even a hint of a light at the end of the tunnel to help you navigate.

So what to do to get yourself through it? Keep hunting for new clients, but give the most time to servicing those first clients – and do so like your livelihood depends on it (because, quite frankly, it does). According to a 2014 survey conducted by Verizon in conjunction with Small Business Trends, a staggering 85% of small businesses get most of their new customers via word of mouth. So the rewards for going above and beyond to please those first customers will likely turn out to be everything.

A staggering 85% of small businesses get most of their new customers via word of mouth.

Phase IV: Too much work, not enough resources

If you made it this far, well done – you are now in the fourth and final “not giving up phase”. But wait. Hang on there. Don’t pop the champagne cork just yet. This phase is perhaps the most challenging mentally and physically, because you will now be working around the clock with very little let up. Sure, you have a good number of customers and the money is rolling in at a steady enough pace to keep the lights on; but you are still some ways away from having a secure enough stream of income to make the hires you so desperately need to reduce your own workload.

To be clear, you are starting to hire, but only for the absolute essential roles such as those client-facing ones. For most of the rest of the duties you are still the one-man band. From finance to sales and marketing to office management to HR, there will be no letting up on your work schedule and duties until your client numbers are sufficient enough to allow you to make all key essential foundational hires. And the reality is that this is going to happen in slow stages – usually a lot slower than you hope for.

To put it bluntly, if you have made it here, you are now at breaking point, and you are likely to be here for some time yet. So how to battle through with not enough sleep and too little time for too many tasks? The hard truth is that this is the phase in which you just have to call on your mental and physical toughness reserves for as long as it takes. In the words of Winston S. Churchill: “It is not enough that we do our best; sometimes we must do what is required.”

Smooth sailing from here on out?

If you can relate to the above and have already passed through these stages successfully, you should give yourself a pat on the back, because you have achieved something big here. Having said that, let’s not imply that it is going to be easy going forward. Business just doesn’t work like that, and always there will be challenges on the horizon – many of which will be unpleasant ones.

But although some of those challenges will still have you asking if it is all worth it, I’m willing to bet that the majority of those who make it past these first four mentally challenging phases are unlikely to be put off by much else that comes their way. You’ve earned your battle scars and are far tougher because of it.

What should always be kept high up in the conscious thoughts of the entrepreneur is that the effort required to succeed at any stage of the business lifecycle is usually much more intense than you imagine it to be, and when you feel like you’ve reached the breaking point, that is when you have to fight the hardest. Perhaps the best way to put it is to borrow from the thoughts of 19th century writer and philosopher Elbert Hubbard: “A little more persistence, a little more effort, and what seemed hopeless failure may turn to glorious success.”