Home > Entrepreneurship > Four money mistakes that will sink your startup

Four money mistakes that will sink your startup 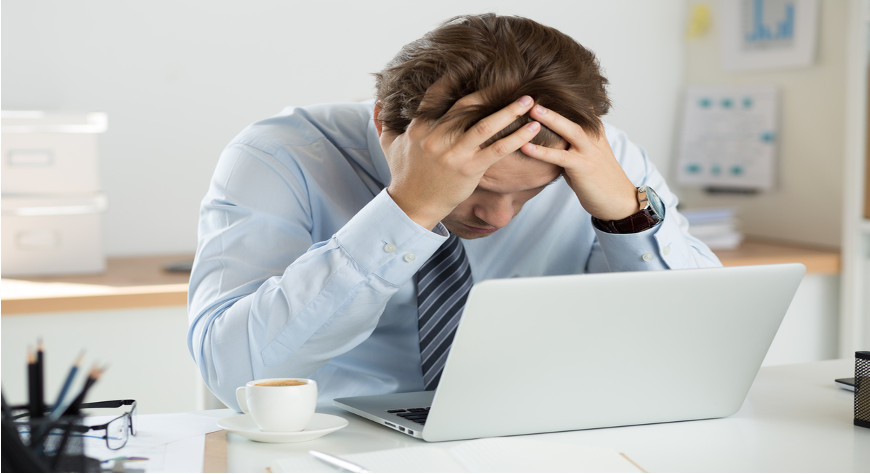 You have the best business idea in the world.

Okay, that’s great. But without the funds to prove its worth and get your organisation off the ground, it counts for very little. And of course, finding the money to get things moving is only the start – you then need to bring in enough cash to stay afloat.

This particular hurdle is so prevalent that it was listed as the second most common reason that startups fail – in two separate studies. Researchers at venture capital firm CB Insights poured over the business post-mortem essays of over 100 startup founders and discovered that a lack of capital was acknowledged by 29% of them as causing the demise of their businesses. Meanwhile, US marketing company Fractl picked apart almost 200 post-mortem blogs and found that 24% of failed startups cited running out of money as a contributing factor.

When it’s put like that, it sounds so obvious – you run out of money, your business goes down. But it is of course more complex. So with that in mind, let’s look at four key mistakes new businesses often make – as well as some tips on how to avoid your organisation becoming one of those statistics.

US marketing company Fractl picked apart almost 200 post-mortem blogs and found that 24% of failed startups cited running out of money as a contributing factor.

1. Not getting a grip on cash flow:

The net amount of cash moving in and out of your business is the lifeblood of any startup and must be managed with military precision, particularly in the early stages. As American businessman and former Club for Growth president Chris Chocola puts it, ‘…one of the earliest lessons I learned in business was that balance sheets and income statements are fiction, cash flow is reality.’

Develop a blind spot here and it could prove fatal for your business. So much so that a report published by the Association of Chartered Certified Accountants found that 82% of businesses failed due to poor cash flow management skills. They stressed the importance of ‘understanding the unique financial dynamics of one’s business’ when it comes to financial responsibility, planning and research.

So planning is indeed the key. The industry you are in, along with the level of security you have with your client base, will impact on how far into the future you can forecast your cash flow. However, whether you can project four weeks, four months or four years, the point is that you need to be projecting. And this must start early. As the business owner, a system needs to be in place right from the start to allow you to see at any given time what is coming in and going out of your company.

And just to be clear: This doesn’t need to be an expensive accounting package – a simple Excel spreadsheet will do. Making this an early priority will be one of the best decisions you’ll ever make – and will help to protect against any nasty surprises in the future.

2. Being careless with hiring:

If you’re looking to get yourself into some serious trouble on the financial front, making hires too hastily is a great way of doing it. The costs associated with hires can be extreme – far above and beyond a simple salary. Not only do you have to be absolutely sure that you have the capital to cover recruitment fees, new equipment, training, etc, but you must also be positive that you have enough work to cover your new hire’s wages.

There’s also the potential to make a bad hire when recruiting in this often frantic startup phase which can hugely hamper productivity and your finances. Research from HR consultancy Robert Half showed that 39% of hiring managers and HR professionals said that they had lost productivity due to a poor hire, with 11% saying a bad hire had actually cost them sales.

Research from HR consultancy Robert Half showed that 39% of hiring managers and HR professionals said that they had lost productivity due to a poor hire, with 11% saying a bad hire had actually cost them sales.

Too many businesses make this mistake. You’re finding some traction and starting to achieve growth, only to see any progress wiped out by the financial impact of one badly-timed hire. Or two or three. Before you know it, a once-profitable business with plenty of potential begins to struggle – wages go unpaid, bills pile up and the startup is dead in the water.

As anyone who has ever led a pitch can testify, there are few feelings like that of closing the deal – that final handshake, before heading back to the office to dot the i’s and cross the t’s. While that may be one of the best feelings in business, it is quite often followed by one of the worst: A deal failing to materialise.

While those sales meetings are great to have – until the money is in the bank, don’t get carried away. In reality, a deal never closes with a handshake, and is often not finalised for weeks afterwards. Usually months in most cases. A recent B2B Marketing Benchmark Report by MarketingSherpa found the average sales cycle to be less than one month for just 10% of businesses; one to three months for 30%; four to six for 24%; seven to twelve for 26%, and over a year for 10%. It’s worth keeping those numbers in mind – whether you have just had the best sales meeting of your life, or you’re at your desk planning for the next 12 months.

In the end, a sale is not a sale until you have been paid. Unfortunately, many people do not keep this in mind – particularly not in startup phase when excitement is at fever pitch. It happens time and time again – a business owner has a few good meetings and considers that deal a dead cert. So be cautious and remember a handshake is just that – a handshake. A gesture that shows intention and goodwill. But nothing is sealed until it’s in writing.

4. Forgetting the importance of the top line:

Of course, the bottom line is important. No one is saying it isn’t. But focusing on that top line leads to growth, which brings with it added security and long-term stability. Or to put it another way: Look after the top line and the bottom line often looks after itself. Essentially, what we’re talking about here is growth and ensuring your business isn’t in a situation where it might be highly profitable but losing one of your three clients could spell disaster.

Look after the top line and the bottom line often looks after itself.

Ultimately, to achieve that growth, everything in the business must be at peak performance. At a roundtable event in London, legendary entrepreneur Elon Musk put it this way: ‘If you want to grow a giant redwood, you need to make sure the seeds are okay, nurture the sapling, and work out what might potentially stop it from growing all the way along. Anything that breaks it at any point stops that growth.’

And that includes your bottom line as well as the top. So we’re not talking about neglecting one to serve the other, it’s just a case of ensuring as entrepreneurs we understand that our financial decisions are ultimately what dictate the direction of our businesses.

So stay on top of cash flow, be cautious when hiring, never believe a deal is complete until it’s in writing, and finally, keep a good eye on both the top line and the bottom line.

That way, your great business idea has the best possible chance to flourish.