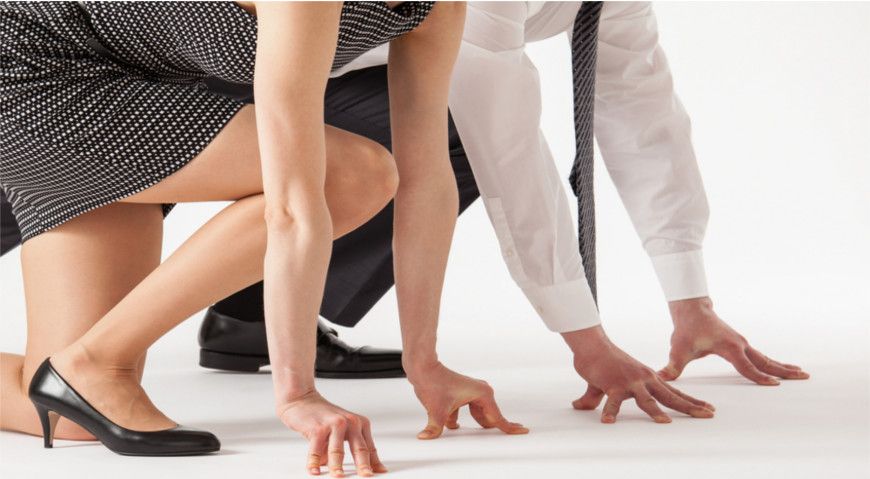 I know what you are thinking – yet another “battle of the sexes” article. But not so. Nor is this a piece about how women are coming closer to equality in the corporate world (a quick look at the stats show us that just 4.4% of CEO positions at companies in the S&P 500 are held by women – so clearly we are still hardly making a dent in that respect!).

So what is this article about? Quite simply, it’s a closer look at the ways in which entrepreneurs of the so-called “fairer sex” might find themselves at an advantage over their male counterparts. And it’s worth suggesting that those advantages can actually translate into greater successes.

Did you know, for example, that according to the 2016 BNP Paribas Global Entrepreneur Report, companies led by women entrepreneurs recorded 13% higher revenues than those led by men? Certainly not figures to gloss over.

But what’s behind all this? Are there truly entrepreneurial traits unique to women that lend themselves time and again to overall better business performance? While perhaps not so easy to quantify, we can definitely identify and focus on some key areas where women entrepreneurs indeed have the edge.

And so without further ado, let’s do just that.

No matter what type of business you are in, collaboration with others is required. This is about cooperation, sharing ideas, and working in harmony – all towards achieving results that you would not be able to realise alone.

And here’s the thing: According to a recent study conducted by researchers at the Royal Economic Society, women are in fact much more open to collaboration than men. Be it with colleagues, business partners, suppliers, clients – women simply do this better.

According to a recent study conducted by researchers at the Royal Economic Society, women are in fact much more open to collaboration than men. Be it with colleagues, business partners, suppliers, clients – women simply do this better.

To reference the old saying, “there is no ‘I’ in team” – it appears women have a stronger grasp of this concept, and that building is never done alone.

Deep down, this is something that we’ve all known for years, right? Well, it turns out there’s some solid truth to this one. A 2012 analysis of over 24,000 businesswomen by the emotional intelligence specialists Six Seconds found that female leaders, statistically, have an edge when it comes to emotional intelligence.

And there are of course plenty of advantages to be gained here. Emotionally intelligent people can better perceive and understand the emotions of both themselves and others, and use this information to steer people in a certain direction.

Essentially, by better understanding the emotional side of doing business, women are better placed to understand those they do business with – and the advantages of such a skill cannot be understated.

This entry will surely raise a few eyebrows, as it’s often the gung-ho male entrepreneur that is thought of as being the risk taker. But according to research by the Centre of Entrepreneurship, 87% of women see themselves as financial risk takers in comparison to 73% of men. Furthermore, the study found that 80% of women are more likely to spot opportunity where others see risk – compared to just 67% of men.

Of course, taking risks is not always advantageous, and we are speaking of “calculated” risks after all. And here is in fact where the centre’s other findings add even more weight to the argument that females have an edge: Specifically, research focusing on a particularly volatile economic time period concluded that four times as many women as men felt that during the period it would have been a “bad time” to take on risk.

4. Women find it easier to adapt

Adaptability in business can in many cases mean the difference between success and failure, and it seems women find this skill much easier to grasp than men. There are plenty of potential reasons as to why this could be, and many experts believe that one of the main ones is that women more naturally juggle the potentially contrasting role of caregiver and leader – and that this is somehow connected to a greater inclination towards a flexible attitude.

In short, Rosin says that “Men are more likely to be rigid; women more fluid.”

In a recent report published by talent management company Caliber, findings suggested that women are better able to use their relationship skills to lead teams to success, and that they are more skilled at giving team members the impression that their work and contributions are truly valued.

Aside from just boosting morale within teams and organisations, these “natural relationships skills” of women also facilitate greater communication which in turn can lead to better decision making – as feedback and input from an array of different perspectives is actively encouraged.

Another way of looking at this is that women, by their nature, tend to see the value of stronger relationships more than men, and in the world of business this translates into an ability to build more effectively by better nurturing the team.

It is impossible to write on a subject like this without sounding at times as if we are making some rather broad generalisations. However, as we have seen above, there is plenty of research and evidence to back up the notion that there are certain distinct qualities possessed by females that just might lend them some clear entrepreneurial advantages.

And there are also studies – like the BNP Paribas one I mentioned at the outset of this article – pointing to the hard success numbers. For example, a recent Dow Jones report concluded that startups with female executives on board are more likely to succeed than those with only men. And the 2013 “State of Women-Owned Businesses” report, which was commissioned by American Express, found that in the 13 most populous industries, women-owned businesses exceeded overall sector growth.

A recent Dow Jones report concluded that startups with female executives on board are more likely to succeed than those with only men.

So perhaps this article did drift a bit into the “battle of the sexes” territory. But then, if so, well, with good reason. If we are to talk openly about business success, after all, let’s talk about where the advantages might lie and with whom. Because in such an imbalanced business environment, where males clearly dominate, pointing out that “more balance” is needed might just lead to a more opportunistic mix that benefits us all.