Five signs you’re ready to start your own business 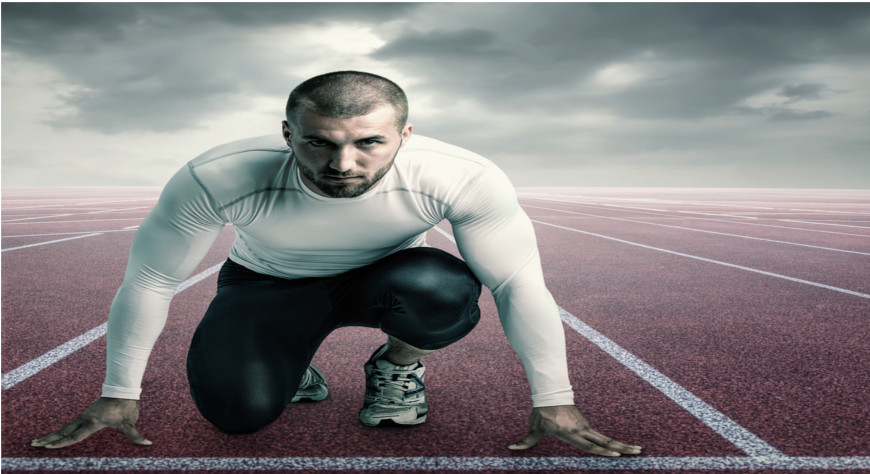 It’s that simple. If you want to launch your own business, the first thing you need is to start that process. In the words of one of the world’s most famous entrepreneurs, ‘The way to get started is to quit talking and start doing.’ And Walt Disney knew a thing or two about starting a company.

There are many people out there who are ready to ‘start doing’ so what’s stopping them? Often it’s lack of finance or simply not knowing enough about running a business. It’s also a feeling that the skills you’re gaining from your current employment are not sufficient when launching a startup – this is according to a survey by US investment firm Edward Jones. They found that 70% of workers wished their current jobs provided them with more experience that would help them, should they decide to go it alone.

70% of workers wished their current jobs provided them with more experience that would help them, should they decide to go it alone.

But you can’t simply wait around forever. The Harvard Business Review (HBR) spoke to 30 professionals and asked them what they most regretted about their careers. Third on that list was ‘not starting my own business’. In fact, the HBR quotes one Fortune 500 CEO as saying, ‘My biggest regret is that I’m a “wantrepreneur.” I never got to prove myself by starting something from scratch.’

The world is full of these so-called ‘wantrepreneurs’ who always had the urge to start a business but just never felt ready due a combination of fear and self-doubt.

Don’t let this be you.

If you genuinely have that desire – get out there and do it. And with that in mind, here are five ways to test if you’re ready to make the leap.

1. You can explain your idea succinctly:

When discussing the perceived complexities of a particular scientific theory, Albert Einstein is supposed to have remarked to a colleague that a child should be able to understand it. The same is true of your business. In the ‘Good Small Business Guide 2013’ this was the first question asked of those starting new companies. If you can explain your idea clearly and with confidence over and over again and see that your audience understands your vision – whether that audience is your grandmother, best friend, business partner or venture capitalist – then you can probably stop reading now, register your business and get things moving.

If you can’t then it might be back to the drawing board, even if just temporarily.

It all comes down to focus – something we have talked about a lot in past articles. An idea that could go in a million directions may have potential, but it can’t be considered a business proposition just yet. Think of it like a story: A focused idea that has a clear ‘beginning, middle and end’ is much more likely to get off the ground. Why? Because if you fully understand the workings of your idea, then you also know how to build it, execute it and monetise it. Your entrepreneurial journey may be long and lonely but you will get there if ahead of time you figure out which direction to move in.

2. You have emotional maturity:

Before starting a business, every entrepreneur needs to ask themselves some tough questions, starting with whether they are mature enough to run a business. Be honest. Are you ready to lead? Can you keep your head and steady the ship when things go wrong? Are you ready to be a responsible boss and business partner, potentially accountable for the livelihoods of other people? If you waiver on even one of those questions, then the time is not right.

Business relationships without the support of a raft of colleagues, line managers and corporate bosses can be daunting and you must be 100% sure that you are ready to deal with the challenges and intricacies of those relationships. Age and experience do have a part to play here (more on that in a moment) but this really comes down to emotional maturity. There are some 20 year-olds who you could trust with a Fortune 500 company and some 50 year-olds who couldn’t run a lemonade stand. Some people will never have the level of maturity required, some seem to be almost born with it.

The paper outlined studies that showed those with high levels of emotional intelligence had greater career success as well as the ability to create stronger personal relationships and develop solid leadership skills.

3. You have sufficient experience:

Despite the high-profile success stories such as Zuckerberg, Spiegel et al, twenty-something billionaire business owners are rare. In fact, they are almost non-existent when we look at the bigger picture. The vast majority of those who build successful companies have years of experience behind them – as highlighted by a recent Global Entrepreneurship Monitor report that shows the average American entrepreneur is someone in mid-career. The same report on the UK showed an increase in entrepreneurship for those in their 50s.

This is perfectly logical. Most in the world of business have spent years observing its inner workings  –  mistakes, wins, and the character traits of those who succeed. This, coupled with the hands-on experience that comes from a decade or so of negotiating, selling, project managing, interviewing, hiring, managing cash flow and so on is what usually gives the older entrepreneur a distinct advantage. Essentially, entrepreneurs who go it alone at a later age have already learned the ropes of running a business while on the payroll – without the stress of keeping the entire enterprise afloat.

4. You have a history of getting results:

Whatever the field – sport, academia, the arts, sales – if you have a long history being the best at what you do, then there’s a good chance that trend will continue once you are running your own business. This mindset goes a long way when dealing with the knockbacks that are part and parcel of being an entrepreneur. If you have a history of success behind you, you can use that mentality and self-belief to drive your business to success.

There are plenty of examples of people who have done this – from Mathieu Flamini, the former Arsenal and AC Milan footballer who went on to co-found the company GF Biochemicals that has a potential multi-billion dollar future; to the former ice hockey player Tim Horton who is now best known for his restaurant chain which he sold to Burger King for approximately USD 11bn in 2014.

That said, there are CEOs who have gone it alone and failed miserably. Equally, there are countless stories out there of MBA students who are completely incapable of building their own companies. So it’s certainly not an exact science. But if you are one of those who typically sees success in everything you do, then it stands to reason that you have a better shot at entrepreneurship than most.

5. You were entrepreneurial even as a kid:

Let’s end on this one. Did you set up a stand on the corner selling lemonade, or hawk your trading cards to the highest bidder? There are plenty of early displays of entrepreneurial spirit throughout the business world. Take Warren Buffet, American business magnate and multi-billionaire: At just six years-old, Buffet would buy sticks of gum from his grandfather’s store and sell them door-to-door. While not all juvenile candy salesmen always go on to be billionaires, striking a deal and making a sale is addictive.

And if you did it back then, it’s likely still with you.