Five signs you are heading for startup failure 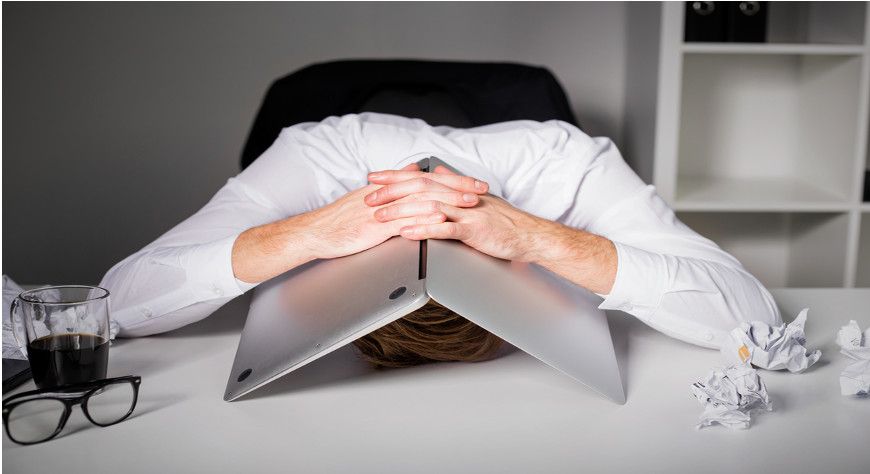 Is startup failure looming on the horizon?

Sometimes it’s hard to know if what’s up ahead is just an obstacle to get past or something that could truly threaten your new organisation. Anyone who is planning to start their own business will probably be acutely aware of the sobering figures on new businesses: According to the US Bureau of Labor Statistics, the percentage of companies that survive for five years hovers around the 50% mark. If we look at ten years then it’s around 30%.

A recent examination of around 200 failed startups by American marketing firm Fractl cited poor business model, running out of cash, poor traction and lack of investor interest as some of the key reasons for startup failure. However, these are very much end-of-life issues for businesses – by this point it may well be too late. So what we need to look at is what leads to a company ending up in such a position.

What are some of those early warning signs that a startup is destined to fail?

Let’s break them down.

High staff turnover is not a good sign at any time. Several studies, including one by Harvard Business School in 2008 that looked an high turnover in retail, have found it to affect business performance – impacting both profit margins and customer service. Meanwhile, many other studies have attempted to calculate the cost of replacing employees – and these numbers probably won’t surprise anyone who has run a business. A report by the Chartered Institute of Personnel and Development put the cost of losing an employee at around USD 6,000 and closer to USD 9,000 for someone in a management position.

A report by the Chartered Institute of Personnel and Development put the cost of losing an employee at around USD 6,000 and closer to USD 9,000 for someone in a management position.

While staff turnover represents much more than a hit to your finances or a blip in your continuity of service (both of which have the potential to sink a young company anyway), it’s ultimately about understanding that engaged employees don’t leave their jobs. A recent Gallup report found employees who are engaged are 59% less likely to go job hunting within the next 12 months. In other words, if your staff are jumping ship in those early phases then they do not believe in either you or your offering. If enough people display that lack of belief in your company, it could well be a sign that it is not built to go the distance.

Starting up with a partner? Great. An entrepreneur’s path is seldom smooth and having someone to bounce ideas off along the way can save both your business and your sanity. Now answer me this… who’s in charge? If your answer is ‘both of us’ then my faith in your business has just waned. Why? Because in the vast majority of cases, shared leadership means no leadership. Eventually the buck has to stop somewhere and when it stops with two people, confusion reigns and leadership can become diluted. This then trickles down into every aspect of your business.

A review from Wharton (University of Pennsylvania) discussed a specific example of two CEOs in a large Indian multinational – the result was an excellent working relationship. However, it was accompanied by a caution: This may be the exception that proves the rule, both in terms of the personalities involved and the unique region-specific challenges that having two leaders answered. The review concluded that the idea of two equal leaders should be viewed with scepticism – as something that ultimately can cause problems in creating a consistent company culture and strategy.

3. Your offering is permanently ‘not market ready’:

People are increasingly looking at the idea of the ‘minimum viable product’ – a way of learning as fast as possible about the viability of your product/service before getting in too deep. To start with, if you can describe what you offer in a pithy sentence or two, you are probably on the right track. Because what we’re talking about here is bypassing the usual long period of product service development and starting the learning process as soon as possible – putting the hypothesis out there and seeing what comes back.

To start with, if you can describe what you offer in a pithy sentence or two, you are probably on the right track.

File hosting service Dropbox is a great example of this – testing the idea of their business, explaining it clearly and succinctly to the market (not just to investors who were initially reluctant anyway), and then watching up-take of their new service from beta users. Writing in TechCrunch, author Eric Ries notes that ‘the challenge was that it was impossible to demonstrate the working software in a prototype form.’ So they launched it within a specific early-adopter community and then let it grow from there. The rest is history.

4. You are late with payroll:

This one may sound obvious, but many business owners feel skipping the odd bill here and there is not only recoverable but often part and parcel of running a business. Recoverable? Sometimes. Part and parcel? Absolutely not. If you hit a bad patch and have to hold off on paying salaries even just once then it should set off alarm bells straight away – particularly if it is the last straw, having already delayed paying your suppliers, rent and so on. I’m not saying you can’t come back from it, but if it happens once there’s a good chance it will happen again. And again. Until you run out of time and money.

A recent study by the Association of Chartered Certified Accountants found 82% of startup failures were as a result of poor cash flow management. So it’s something that you need to get a handle on fast when trying to launch a business. Not only does keeping a close eye on cash flow allow you to make better, more informed business decisions, but staying in the dark is one of the primary reasons startups go under.

5. You are all out of answers:

The last entry on our list is perhaps the hardest to overcome. For many entrepreneurs, the beginning of the end comes when they wake up in the morning and no longer have the passion to get up and get back to business. I’m not saying every business owner goes to work purely for the love – of course not. Entrepreneurship can be stressful, tiring and leave you feeling like you should never have left regular employment.

Yet in ‘The Instant Entrepreneur’, author Ranford Neo states that ‘Most successful entrepreneurs will tell you they have failed at some point in time. But rather than look at the failure as an assertion of their inability, they chose to look at it objectively, as a learning experience.’

Most successful entrepreneurs will tell you that they have failed at some point in time. But rather than look at the failure as an assertion of their inability, they chose to look at it objectively, as a learning experience.

The question is: Will you see it simply as a signal to shut down shop or as a learning experience as well? Because being out of answers doesn’t necessarily mean you’re out of entrepreneurship – it may just be this particular business idea. Maybe you have taken this one as far as you can; perhaps the timing for your first foray into entrepreneurship was off; maybe you need to gain a little more experience first.

Either way, and however painful, the amount you have learned will be incredible. And valuable.

So think about whether there are elements of your business that you still love, or an option to pivot in another direction. Because either way, if you do have a moment of failure – a moment where you have no more answers – you can be sure that you are among good company.