Expo 2020 and how expos stimulate economies 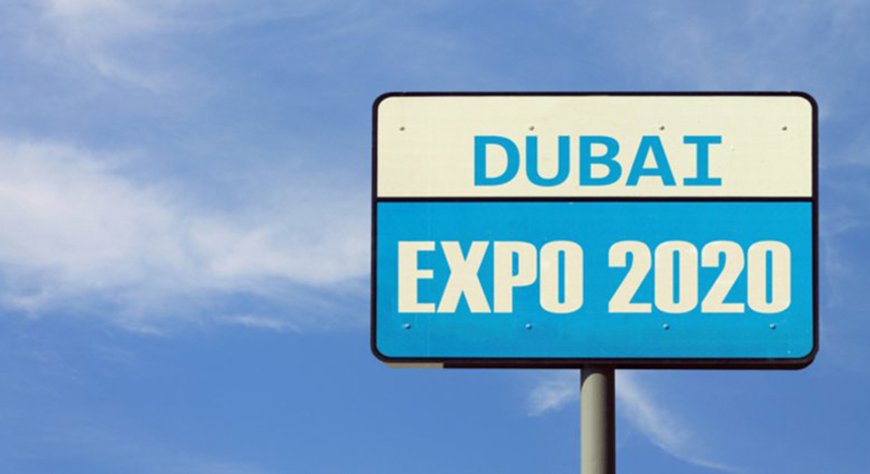 Having won the right to host the prestigious annual event back in 2013, Dubai’s Expo 2020 is now less than five years away. It will be the first time the event has been held in the Middle East, and Dubai has already begun to steel itself for the arrival of millions of visitors from around the globe – all looking to explore the many exhibits from nations, international organisations, and of course businesses.

But what does a host city have to gain from such a global event?

The answer is that it stands to gain a whole lot.

The advantages to any host city range from the tangible – such as a direct boost to its economy and infrastructure, to the admittedly less quantifiable (but by no means less important) factors such as advances in cultural relations and diplomacy. A world expo gives the hosting city an opportunity to promote itself to a global audience, building stronger international relations between the countries involved while encouraging an exchange of knowledge and cultures that help to build international links in everything from education to trade.

For real world examples of the difference a world expo can make to host cities’ and nations’ economies, look no further than Montreal, Canada – and more recently, Shanghai, China. Expo 67 in Montreal paved the way for the astronomical growth of the city which followed, by acting as the catalyst for major infrastructure improvements from new highways to state-of-the-art bridges and tunnels that better connected the city.

The 2010 Expo in Shanghai highlights further the fantastic legacy that the event leaves behind – both economically and diplomatically. The event gave China the opportunity to showcase its modern city to the rest of the world and boost international relations by promoting itself as a forward-thinking and technologically advanced nation.

But what of Dubai specifically?

Why should its many entrepreneurs and business people get excited? Well, the city already began to feel the economic benefits of hosting the event from the moment the announcement was made, with a 4% increase in the Emirates Stock Market Index – the first time since 2008 that the index pushed past 3000 points.

And tourist numbers, which continue to climb steadily year-on-year, will continue to rise in the years before the event and then be driven up significantly during the event – with the arrival of some 25 million tourists expected to the region across the six-month period. This will pour money into the economy through the city’s hotels, malls and transport system, with an estimated 200 thousand jobs needing to be created in order to deal with the demand.

To get a better understanding, the benefits to the city are best broken down into three categories: 1) Transport and Infrastructure; 2) Real estate and construction; 3) Tourism and hospitality.

The city’s transport network is set to undergo a transformation, the likes of which have not been seen before in this area of the world. Dubai’s road network is set for an overhaul, with a series of new overpasses and interchanges added to the city’s motorways. The event will herald the arrival of a new metro line as well as investment in eco-friendly taxis and buses. The city will also welcome the new Etihad Railway line and an urban tram service in time for the expo.

That’s not to mention the extent to which Dubai’s current transport network will be buoyed in the years leading up to 2020. Dubai International Airport is expecting to see its passenger numbers spike at around 300,000 per day for visitors to Expo 2020, not including the exhibitors themselves. Preparations are already well underway to cope with this influx, including an $8bn upgrade which will allow the airport to cope with over 90 million passengers per year.

There’s also the arrival of the new Al Maktoum International Airport, near the proposed Expo site, which with a passenger capacity of 160 million per year, is set to comfortably eclipse London Heathrow as the largest in the world.

Aside from the building of the expo site itself in Jebel Ali, which will create thousands of temporary jobs in the region, the arrival of Expo 2020 is predicted to trigger a long-term boom for Dubai’s construction industry, as well as causing a spike in the value of real estate. And many of the new jobs created in the lead-up to the event are expected to evolve into permanent positions, increasing demand on housing in the city, thus pushing up property prices and bringing about the construction of more accommodation – and so the cycle continues.

Rising property prices and a subsequent increase in new builds is certainly not without precedent in the wake of a world expo, with Shanghai seeing values soar as much as 70% after hosting the 2010 event.

Dubai already welcomes around 14 million visitors from around the world every year, and Expo 2020, with its expected 25 million attendees, gives the city a world stage on which to demonstrate its ability to accommodate many more.

The city’s current hotels will naturally see a huge surge in demand, and discussions are already underway between the Department of Tourism and Commerce Marketing and its tourism partners in government and the private sector to build many more in order to deal with the predicted 45,000 room shortfall. This level of demand is unprecedented, and caused one leading hotelier to declare Expo 2020 as “the single biggest driver of activity in the UAE tourist market over the next five years.”

Of course, aside from the lasting economic impact Expo 2020 will have on Dubai, there are also the cultural and political advantages to the city as it sets about showing the world that it is keen to do business. The stability of the UAE economy is no doubt boosted by the stability of the country in the traditionally volatile region of the Middle East.

The UAE has always been a vocal supporter of peace and stability in the region, and world Expo 2020 is the perfect platform to promote this attitude and breed confidence in international relations in order to achieve common goals and strengthen the global economy.

Essentially, the Expo 2020 gives Dubai a unique opportunity to set out its stall on the international stage and show the world what a progressive, inclusive, innovative and forward thinking place it is – exactly the type of place investors from around the world should want to do business. And what entrepreneur worth their salt wouldn’t want to be part of that?