Dubai’s thirst for innovation is pushing the frontiers of technology 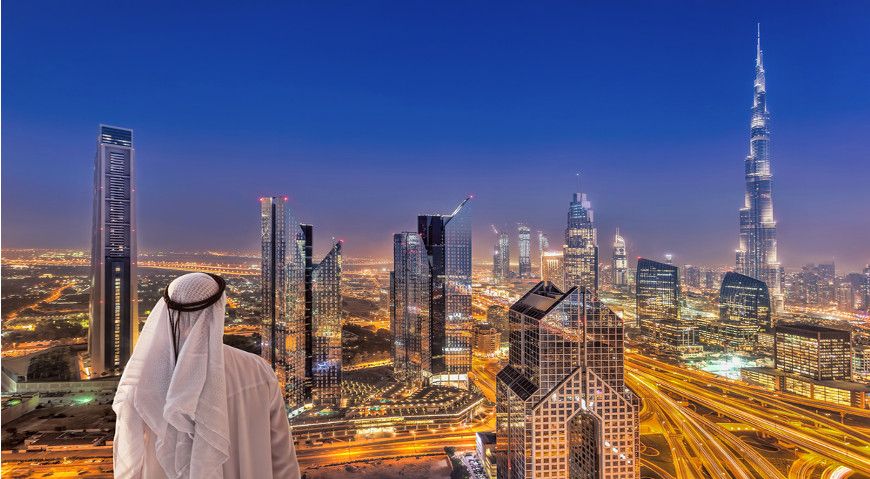 Whether your startup is looking to innovate in tech, or simply take advantage of an ever-more-connected city, Dubai is moving quickly. And it’s linking this drive for innovation to the belief that happiness is the ultimate success indicator. With this in mind, His Highness Sheikh Mohammed bin Rashid al Maktoum’s Smart Dubai initiative was launched to make the place we live and work the happiest city on Earth: ‘To fulfil our mission to create happiness, we are embracing technology innovation – making Dubai the most efficient, seamless, safe and impactful experience for residents and visitors.’

So let’s look at the incredible innovations which are helping to achieve that aim, and what it means for the entrepreneurs operating in Dubai, or considering setting up here in the future.

When transportation magnate Elon Musk open-sourced his hyperloop concept to the global floor, it seemed to some like a futuristic pipe dream. Literally, since the designs posit a super high-speed mode of transport where pods hurtle through low-pressure pipes faster than aeroplanes. Still, companies sprang up to accept his challenge, advance the technology, and win the race to a faster future. A company called Hyperloop One became a front-runner, securing USD 160m of funding in less than two years to turn the innovation into a reality.

Dubai’s Roads and Transport Authority (RTA) was quick to secure a deal with Hyperloop One to explore connecting Dubai with Abu Dhabi. This would see travel between the cities drop from around 90 minutes by car to approximately 12 minutes.

The Hyperloop One would see travel between the Dubai and Abu Dhabi drop from around 90 minutes by car to approximately 12 minutes.

Tangible progress is being made as Hyperloop One prepares to open its Dubai office later this year, supporting project development in the region. Meanwhile, the company conducted the first public trial of the hyperloop technology prototype in May 2016, and only last month shared a set of photos detailing progress on the world’s only full-scale hyperloop test site. CEO Rob Lloyd believes the company will have multiple hyperloop systems in operation within five years.

So in the not-too-distant future you could be whizzing from Dubai to a morning meeting in Abu Dhabi (12 minutes), popping out for lunch in Doha (23 minutes), conducting afternoon meetings in Muscat (27 minutes), then heading for dinner in Riyadh (48 minutes).

Staying with transport – and keeping in mind the headaches that are sometimes involved in moving around the city for meetings – in February this year Dubai’s RTA presented the Autonomous Aerial Vehicle. This is a battery-operated driverless taxi using the Chinese Ehang 184 model, which will fly you to your destination of choice. The new vehicle will carry one passenger of up to 100kg, plus a small suitcase, for up to 30 minutes over a 40 to 50km area. Piloted through an external command centre, you need only sit, choose your destination on the on-board tablet, and relax until you arrive.

The personal implications for faster and safer personal travel are clear but these drones will also be a bold step forward in environmental terms. The vehicles run entirely on electricity, so the positive environmental impact of large-scale adoption could be huge. These driverless taxis could also go some way to reducing the huge volumes of traffic in Dubai, making our roads both safer and less polluted.

Driverless taxis might seem like a flight of fancy, but the drones have already completed successful test flights through Dubai’s iconic cityscape. His Excellency Mattar Al Tayer, RTA Director General and Chairman of the Board, announced that the vehicles should be fully operational by July – making them the world’s first.

If you prefer terra firma, these driverless electric shuttles might be more up your street. The EZ10 cars each carry up to 10 passengers along pre-programmed routes through the city, with 360 degree sensors keeping them safe from collision. The first car was trialled in Downtown Dubai in November last year and driverless cars seem likely to become a mainstream reality, as part of the city’s mission to achieve 25% driverless transportation by 2030.

Again, the environmental impact here is potentially phenomenal. The RTA predicts these driverless cars could lead to a 12% reduction in pollution from the city’s 1.5 million cars. Along with the introduction of Tesla’s electric cars into Dubai in February, the city is growing greener every day. Those aren’t the only benefits though. The RTA also predicts that driverless cars will reduce the need for parking infrastructure in the city by 50%, making everyone’s lives easier as well as saving 12% on losses incurred from traffic accidents. The answer to the RTA’s question – can a brighter future for everyone be driven by no one? – seems to be a resounding yes.

Transport isn’t Dubai’s only area of innovation around safety and efficiency. The city made world news at the start of this year when Dubai Civil Defence (DCD) showcased its jet-ski and water-powered jetpack system, designed to empower firefighters to tackle blazes more rapidly. Known as ‘Dolphin’, the system allows firefighters to bypass traffic and approach fires by flying up from the water. The pack can propel users several metres in the air, and uses an incredible flow-renewable supply of seawater to douse flames fast.

The city made world news at the start of this year when Dubai Civil Defence (DCD) showcased its jet-ski and water-powered jetpack system, designed to empower firefighters to tackle blazes more rapidly.

For the DCD, Dolphin is a bid to cut response times and bypass Dubai traffic, helping salvage property and save lives on both sea and shore. Given that Dubai endured nearly 5,500 fire incidents from 2006 to 2013, innovations like Dolphin have a fundamental role to play in making Dubai safer.

Health, safety and the environment are all worthwhile drivers of innovation, but sometimes you innovate just because you can: which brings us to the planned Dynamic Tower, due for completion by 2020. The brainchild of architect David Fisher, each floor of this 80-storey 420-metre tall tower will rotate 360 degrees on command so residents can choose their own view. Fisher wasn’t short of cities interested in the tower but felt Dubai was a natural fit.

The Dynamic Tower heralds a new era of architecture, continuing the trend set in Dubai by 2013’s twisted-but-static Cayan Tower – the tallest twisted tower in the world. The new tower will generate its own energy, with wind turbines between the floors as well as solar panels. Sufficient surplus energy is predicted to power five other buildings of similar size.

As well as becoming the second tallest residential building in the world, the tower will also be the world’s first prefabricated skyscraper. Fisher believes 90% of the tower can be built offsite and simply erected onsite. This would cut construction time by 30% and the number of workers needed from 2,000 to just 90, and allow for considerable cost savings. These are world-first industrial production methods that could revolutionise the construction industry.

Blockchain first entered the spotlight as the technology underpinning bitcoin, the digital currency. Blockchain is a distributed digital ledger technology which allows organisations to track assets securely and quickly without the need for a central authority. It’s a faster, more accurate way of tracking data entries from multiple users – and global industries are just starting to consider the wider business uses for this potentially game-changing technology.

Dubai, naturally, has led the way by launching its Blockchain Strategy in October 2016, aiming to become the first blockchain-powered city by 2020. And this isn’t just hollow rhetoric: the likes of the Smart Dubai Office Blockchain Challenge is encouraging the brightest minds globally to apply themselves to blockchain innovation.

The implications of blockchain for Dubai residents could be vast, delivering real improvements in the efficiency and effectiveness of Dubai’s government services.

The implications of blockchain for Dubai residents could be vast, delivering real improvements in the efficiency and effectiveness of Dubai’s government services.

Dubai: the city of the future

Dubai has enjoyed a fantastic growth trajectory unlike anywhere else in the world – and it shows no signs of abating. Innovators, entrepreneurs and investors worldwide are drawn to the city, seeking to both contribute to and benefit from this inspirational environment.

It’s a place where anything is possible, because progress is a government mandate.