Dubai’s growth: What these five stats mean for your business 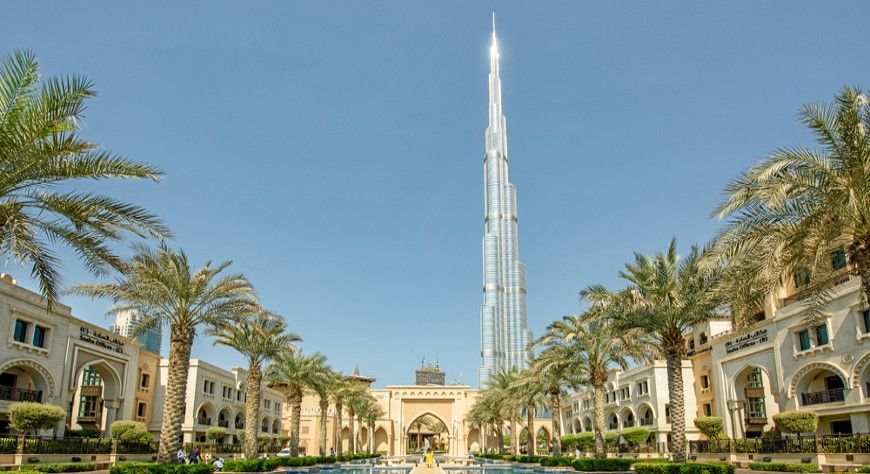 The pace of growth and expansion in Dubai is unrivalled anywhere in the world.

Spend a year outside the emirate and you will return to see new buildings, new infrastructure and even entire areas of the city that weren’t there before. You only need to look back as far as the turn of the millennium to see just how much the city has expanded and transformed – Dubai has seen the construction of the world’s tallest building, a 320-mile extension to its shoreline, a purpose-built marina, an 80-storey residential development and, well, the list goes on.

So what does this mean for the entrepreneur?

Well, a 2011 report by the Dubai Economic Council puts the city’s growth between 1975 and 2008 at a factor of 11 in ‘real terms’ – making it the fastest growing economy in the world over that period, ahead of Hong Kong and Singapore. The report went on to note that growth has occurred at ‘an extraordinary pace for international standards.’

So let’s dive into the five key areas of Dubai’s expansion and what this means for your business.

The businesses of Dubai fuel its economy. And they attract both visitors and expatriate workers. In 2015, the figure for new businesses setting up in the city stood at 22,369, with 131,483 existing ones renewing their licences. Meanwhile, as perhaps the best indicator of the influx of businesses into the city, figures show that in the first quarter of 2016 alone, 5,732 companies applied for new licences.

Of course if business registration numbers are growing year-on-year, it can only mean that the market is there to stimulate them. So what does that mean for the entrepreneur who is poised to launch their company?

Well, as the stats above testify (and while other city economies such as Singapore and Hong Kong slow and potentially saturate), the city of Dubai shows no signs of stopping – so now is the time to dive in and stake your claim in the growing market.

A lot of people stay in Dubai. A lot. It is currently the fourth most visited city on earth, ahead of Singapore and even New York. In 2011, it was up to 9.3 million visitors per year, which then climbed to 2015’s number of 14.3 million per year. That is around double the United Nations World Travel Organisation’s (UNWTO) projected 3-4% global travel growth over the same period.

For the entrepreneur that means a busy, dynamic and ever-growing market. And with the city’s Tourism Vision 2020 and the upcoming Expo 2020, Dubai’s tourist board is targeting 20 million visitors per year to the city by 2020.

That’s a lot of potential customers.

We all know the headlines when it comes to Dubai’s construction projects – the world’s tallest building, the world’s largest shopping centre, the world’s tallest hotel, and so on. But what are the real numbers behind it? In terms of market size, the construction industry currently accounts for 8% of the city’s total economy – that’s pretty impressive when compared to a city such as Hong Kong which is only at 4.3%.

As it stands, the total value of projects under construction in Dubai is USD 53.6bn, with a further USD 337.2bn currently in the planning stage – according to Deloitte. Of course, such developments are great news for those in the construction industry – but they are also a boon for entrepreneurs from all industries. Because what the city’s recent real estate boom signifies is confidence – that is confidence in a business sector that is flourishing, a signal that is not only well received by those within the emirates but by investors and customers from around the world.

As it stands, the total value of projects under construction in Dubai is USD 53.6bn, with a further USD 337.2bn currently in the planning stage.

More people equals bigger city. Pretty simple. As Dubai has taken its place as one of the world’s greatest cities to live, work and socialise, its population – largely made up of expatriate workers – has grown substantially.

The benefits of a growing population for the Dubai-based entrepreneur almost goes without saying. The more inhabitants in the city, the more potential customers for any business based there. But that’s not all. As the majority of Dubai’s residents are expat workers, this once again delivers a clear signal that business in the emirate is thriving – and there’s no reason why yours can’t find its place.

The burgeoning restaurant and hotel scene presents huge opportunities for Dubai-based entrepreneurs. Not only is there huge potential to provide services to the businesses themselves – accountancy, marketing, recruitment and so on – but it’s also easier than you might think to grab your own slice of the market. Food trucks are now hugely popular throughout the city, for example, and while they have the potential to make big money, they can be opened for a fraction of the cost of a permanent eatery.

All of this points in one direction – a dynamic, energetic place of business. Because while we can talk all day about the new buildings and developments, just coming here and taking a quick look around will give the new entrepreneur all the evidence they need.

Dubai is more than just open for business, it’s racing into the future.