Dubai, Silicon Valley and the concept of the ‘startup hub’ 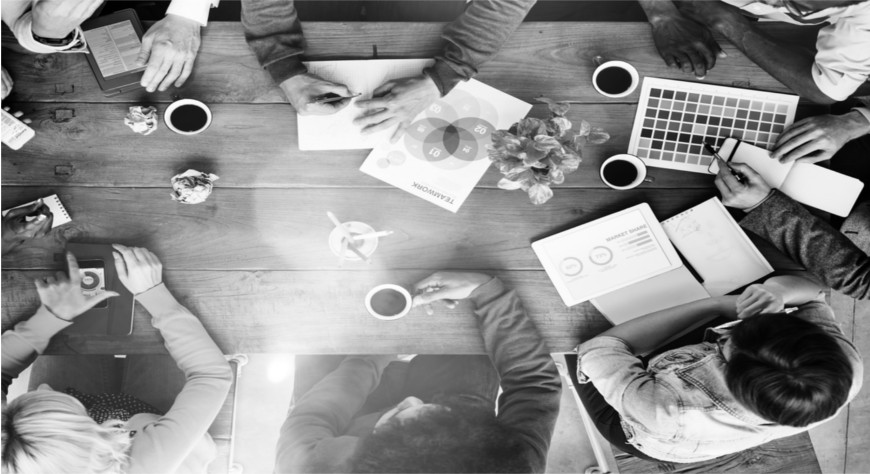 Startup hubs might just be the gauge of a city’s business strength.

But what exactly are they, why are they so important, and can Dubai really lead the world in this area?

Well, startup hubs are places that provide ideal conditions for entrepreneurs to flourish and accelerate their businesses growth. Startups can be risky – full of promise but with little stability – so what better way to give them a boost than a friendly business environment as well as direct support?

Because when these elements are in place, amazing things can happen at the intersection of environment, investment, innovation, patents, products and services. In fact, venture capital is prevalent in startup hubs for just that reason. In a paper published in the RAND Journal of Economics, authors Samuel Kortum and Josh Lerner argue that ‘increases in venture capital activity in an industry are associated with significantly higher patenting rates.’

So there’s a direct connection. And most major cities are embracing the startup hub culture as a method of increasing wealth and developing new products, services and technologies. From Beijing to London, nurturing innovation within specialist ecosystems has become something of a fine art around the world. But it is Silicon Valley in California that is the world’s greatest and most talked about example.

Most major cities are embracing the startup hub culture as a method of increasing wealth and developing new products, services and technologies.

So let’s examine three key factors behind Silicon Valley’s success and then look at how Dubai is measuring up so far.

As startup hubs often pull in foreign founders, there is a real sense of the entire world in one place. There is so much international talent in Silicon Valley, visionaries with ground-breaking ideas are everywhere. And you get to immerse yourself in that culture. John Seely-Brown wrote in ‘Understanding Silicon Valley – The Anatomy of an Entrepreneurial Region’ that people ‘were open to novel ideas and radical ventures’ and considered entrepreneurship as a form of entertainment. He describes ‘a social fabric that maintains constant, on-going conversations through which you can test and develop your thoughts, find folks to work with, and turn ideas into action’.

The MoneyTree Report by PricewaterhouseCoopers with data collected by Thomson Reuters, stated that in the second quarter of 2016 a staggering USD 8.3bn was invested by venture capitalists into Silicon Valley, and while this investment dropped in the third quarter to USD 4.6bn (spread over 264 deals) Silicon Valley is still the area with the highest level of venture capital funding in the US. Investors see startup hubs like Silicon Valley as sure-bets for return on investment – they know that the companies there mean business.

The success of a hub will to some degree be linked to the amount and type of government support. This can take many forms. For example, Silicon Valley benefits from California having an attractive R&D tax credit that reduces income or franchise tax, making it a magnet for innovators. There is also the H-1B visa which Silicon Valley companies can give out to foreign talent from other countries. The US government also invests at the university level into innovative projects and through direct government budgets such as that allocated for defence.

Can Dubai be the next Silicon Valley?

So how is Dubai measuring up against these three factors?

In terms of access to like-minded movers and shakers, we can say that in Dubai you will find yourself tripping over other entrepreneurs – whether that is meeting them, studying them, or doing business with them. Since networking is at the heart of Dubai business culture, there are so many events – from the industry-specific to enormous conventions – you soon find that you know who’s who in the city. It won’t take long before you find great mentors as well as ideas and approaches you might previously not have considered. Within these hubs there are also startup accelerators and incubators – organisations that actively help promising new businesses to succeed with investment, mentoring and business development.

When we come to Dubai’s attractiveness to venture capitalists, it’s better to show rather than tell. So let’s allow these success stories to speak for themselves. Because while these three examples have experienced such growth that they can no longer use the ‘startup’ label, it’s worth looking at their more humble startup beginnings.

A bright ecommerce idea proposed by a small company called MENA Commerce, based in Dubai’s Knowledge Village. The idea was to personalise ads in content by guiding customers to products relevant to them – ie, behaviour-related ad placement. The Dubai government seed funded the company with USD 800,000 and renowned local entrepreneur/mentor Tarek Amin helped them with planning. The AdRelated widget has conversion rates of up to 5% and it’s appearing on major websites in the US, with the company now setting up offices in California as well.

We have mentioned these guys before. They were the talk of the town by raising USD 11m in funding. Very simply, they created a smartphone app that does not require a zip code or mailing address for delivery of a package – relying instead on GPS coordinates. It makes delivery possible for people who live in emerging markets. The hook is that the market is huge – and the startup secured funding from New Enterprise Associates, Delta Partners, Dhabi Holdings, Roland Berger and 500 Startups.

This company pops up quite often as well – not least because of their meteoric rise as one of the best examples in the whole of the Middle East. The online retail platform has in the space of 11 years gone from ground zero to having over 70,000 merchants online and it sees over one million visitors every day. With an HQ in Dubai, it broke records by attracting USD 150m in finance since it started.

Okay, now let’s look at government and regulatory support. Because it’s here that Dubai is really a shining star.

The government is focused on making starting a business in Dubai ever more attractive. They have been busy reforming bankruptcy laws to make them easier and fairer for both startups and investors; promoting major events such as GITEX (the largest technology and exchange marketplace in the Middle East); and working directly with the Dubai Future Foundation ‘to identify emergent technologies and businesses with the potential to address the world’s most pressing challenges.’

According to HE Mohammed Al Gergawi, Vice Chairman of the Board of Trustees and Managing Director of Dubai Future Foundation, ‘The Dubai Future Accelerator is the most ambitious programme in the world. It is designed to link our most powerful and influential government leaders with the world’s most ambitious companies and entrepreneurs to create radical new solutions to change the world.’

The Dubai Future Foundation is all about being disruptive – about pushing new tech to the limits to change how we do things in the future. For instance, Dubai Future Foundation itself runs from the world’s first 3D printed office. They also have a plan to make driverless cars an integral part of the transport system in Dubai. These are the signs we look for in cities that want to break into the future first.

There is also the official DubaiStartupHub, formed by the Dubai Chamber of Commerce in partnership with Industry and IBM, under the umbrella of the Smart Dubai Initiative. Here, private and public sector meld to champion entrepreneurship and innovation in the city. Its aim is to join up investors, companies, startups, incubators, workspace, jobs and everything that can influence success.

And let’s not forget Dubai’s famed free zones are specifically set up to pull in expatriate investors with areas where there are corporate tax exemptions, repatriation of capital and profits, import and export tax exemptions and assistance with support services. The rules and regulations are relaxed and stimulate growth by providing economic advantages.

Dubai’s famed free zones are specifically set up to pull in expatriate investors with areas where there are corporate tax exemptions, repatriation of capital and profits, import and export tax exemptions and assistance with support services.

Not standing still: Dubai and the future of startup culture

The incentives and the investors are all there, poised for action. So the emphasis now is simply on entrepreneurs from the UAE and around the world making their claim for startup success.