The copycat approach – why imitation could sink your business 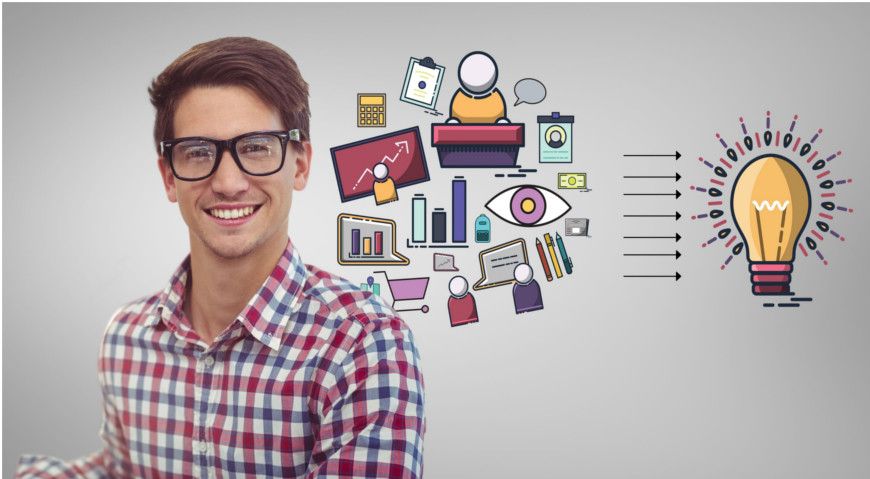 Whether you’re an aspiring entrepreneur or an executive of an established business, at some point you may have thought of how to ‘uberfy’ your business or ‘Netflix’ your profits.

But the graveyard of copycat business ideas is full – remember Zune? Or Amazon Fire Phone? Or even Google+?

As an entrepreneur, jumping into a new market or expanding in a highly competitive existing one is not easy. So, let’s look at some high-profile companies and their copycat products that failed miserably – and what you can learn from them for your businesses.

Zune was a classic case of catching the bus a little too late. Microsoft launched it in 2006, five years later than Apple’s iPod. To grab a share of the portable music market pie, Microsoft invested USD 9m in measured media ads and even doubled the budget one year later in 2007 to USD 17m to ‘get the brand going’.

Despite all the access to hardware development expertise and billions in capital to support a massive marketing budget for a new product, Zune failed in its attempt to trounce Apple’s vaunted iPod or even come close to its market share. Reason? Lack of innovation and commitment.

Zune was a ‘me-too’ product, which obviously didn’t win it any cool points. The advertising and promotion fell flat with many finding it confusing. To make matters worse, Microsoft failed to distribute it outside of the United States. Whilst music players from Apple, Samsung and Sony were available globally, Zune got locked in a single market cage.

Even though Microsoft sold two million Zune players within two years of its launch, the revenue continued to drop on a year-on-year basis. According to The Wall Street Journal, the revenue from the Zune player tumbled to USD 85m as compared to USD 185m in 2007, whereas the iPod’s revenue soared to USD 3.37bn in 2008.

Lesson #1: Innovate, but not just for the sake of it.

Push the envelope and develop new features and methodologies that advance beyond the competition. But don’t just innovate for the sake of innovation like Microsoft did with Zune and the Band. Study the market well, commit to supporting it both internally (software and hardware) and externally (marketing and PR) and always listen to consumer feedback.

Study the market well, commit to supporting it both internally (software and hardware) and externally (marketing and PR) and always listen to consumer feedback.

The most ambitious of all copycat businesses, Google+ was launched in 2011 as the search engine giant’s social media platform. When it hit the market, more than 25 million people joined in the first month itself. That’s a promising start, you say? Well, not enough. According to a study done in 2015, the number of active users on Google+ was less than 1% of the total 2.2 billion users on Google, with 90% of people who created Google+ profiles having never posted publicly.

Even with a market capitalisation of USD 547bn, Google failed to unseat or even match up to Facebook that boasted a mammoth 2.2 billion monthly active users as of the fourth quarter of 2017.

Here Google, a search engine giant that earns 96% of its revenue from ads, tried to be a different company, forgetting its core in the process, and resulting in a flop product. The slow demise of Google+ sheds light on how a large company often fails to innovate when it lets go of its own reality.

Jumping into a new market is never easy. What’s important here is to act nimbly and seize the opportunity at the right time without losing focus of your identity. Much like what Google should have done for Google+. Focus on your core competencies, tap into your experience, and use it to your advantage if you don’t want to risk losing your competitive edge.

Remember when HP’s slogan was ‘Invent’? In a bid to hustle into a new market, HP threw innovation and planning to the wind and launched HP TouchPad – the shortest lived mobile product ever and one of HP’s biggest flops financially.

A mix of iPad and Galaxy Tab, the TouchPad was launched in 2011, creating a high level of enthusiasm for a new product. However, the company failed to capitalise on the hype and faltered when it came to the basics – a lack of shipping date and pricing.

HP made the colossal mistake of announcing the product while their engineers were still working on it. And when they finally rolled the product out for sale, six months after the initial announcement, they did so without sufficient testing, leading to poor reviews and bad feedback from customers. Unfortunately, further product development on the Touchpad ended just 49 days after release. According to Wired, this unprepared eagerness cost HP a large number of unsold touchpads leading to a loss of USD 142m.

Lesson #3: Planning and adaptability is the key.

HP’s TouchPad failure gives us an important insight into the importance of planning and adaptability. Marketing alone cannot save the day. You can create all the hype you want, but if your product is not backed by proper short-term and long-term planning in terms of goals, results, dates and deadlines then you can kiss your successful business dream goodbye.

Another failure of the copycat model is Microsoft Band. Entering the competitive fitness tracker market, which was already dominated by players like Fitbit, Samsung and Garmin, Microsoft needed something innovative and spectacular to blow the competition out of the water. Unfortunately, neither Band nor Band 2 could reach that level.

Though packed with new features, the Band got lost in the case of dual identity – was it a fitness tracker or a smartwatch? The pricing didn’t help either – at a cost of USD 250, Band 2 did not offer the comfort and capability of the Apple Watch (USD 300) nor could it position itself as a lower-priced fitness tracker, like the Fitbit (USD 130). It got stuck in an awkward middle ground, giving consumers no compelling reason to purchase it.

Instead of making it unique, exciting and better looking, Microsoft invested millions, twice, into releasing a product that can be best termed as a fitness wearable prototype. Result – Microsoft quietly bowed out of the fitness tracker game, the same year, just as the wearable device market grew to be worth USD 28.7bn in 2016.

Lesson #4: Bring in the wow factor.

Having a great product or service is not enough. To set yourself apart you need a unique value proposition or the winning difference. You need to understand your customers to know what they want and study your competitors to know what they do better than you. If you fail to differentiate, you will fail to build a brand.

To set yourself apart you need a unique value proposition or the winning difference.

A bad replica, running on a not-so-famous OS, combined with ill-conceived features – there were a handful of reasons why the Fire from Amazon’s Fire Phone fizzled out. However, the main reason was Amazon stepping away from its core strategy and strength. Focusing way too much on the end revenue goal and its competition, Amazon lost sight of its most important leadership principle – customer obsession.

Missing the key insight about what their customers truly valued – a cheap, but a good-enough product that could undercut the competition, Amazon opted to create an iPhone clone, costing USD 199. Failing to justify its existence, Amazon dropped the price from USD 199 to a mere 99 cents and finally shut down production, just one year after its release.

In its quarterly report for 2014, Amazon admitted to a USD 170m loss on the tepidly-reviewed device, which included the disposal of USD 83m of unsold Fire Phones held in inventory worldwide.

Lesson #5: Learn from the giants.

Microsoft, Amazon, Google and HP – all billion-dollar tech giants that many might not associate with failures of such magnitude. Whilst words like research and development are often associated with launching a new product or service, the above examples tell us that it takes more than just an idea to be successful.

These throw light on the fact that no company is too big, famous or secure to fail if it resists innovation. As an entrepreneur, to shape your business into a success, you need to explore disruptive ideas, study the market, follow social trends, and remain true to your original vision.