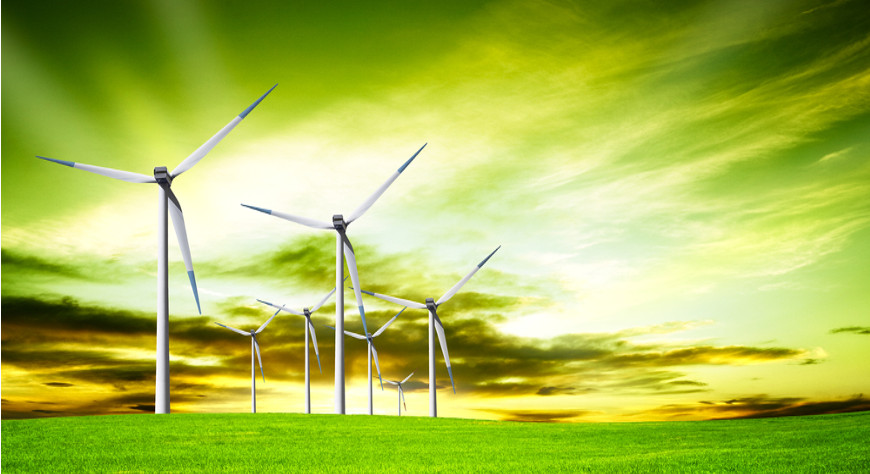 Note this article also appeared in Entrepreneur Middle East and can also be viewed here.

It has been one of the biggest stories of our age.

Our polluting technologies have been a key factor behind climate change, pumping excessive carbon dioxide into the atmosphere as we burn fossil fuels like oil and gas to get the necessary energy for our daily living needs. Meanwhile, our very reliance on these fossil fuels has meant they have become harder and more expensive to source. So we know we need energy to keep the lights on and we also know oil, gas and coal are finite resources that are causing a great deal of damage.

It’s for these reasons that the UAE has led the way in becoming an early adopter and leading country for promoting renewable energy sources.

While the UAE is a country that initially built its fortune largely on oil, it has notably recognised the importance of renewables for the future of energy and has acted by making massive investments into a whole range of clean energy initiatives. These in turn go on to become economic drivers, creating jobs, innovation and new efficiencies. Indeed, one of the reasons that energy is a major focus in the UAE is because the country is expanding so rapidly – with exponential growth, development and population. Demand is huge and in the last ten years domestic energy consumption has more than doubled.

For entrepreneurs, the renewables sector in the UAE is bursting with opportunity. Clean energy is going to play a central role in the UAE’s economic growth. The plans are to increase power generation for clean energy in the country by 30% by 2030. That’s a pretty bold goal for the country as a whole.

One of the reasons that energy is a major focus in the UAE is because the country is expanding so rapidly. As a result, domestic energy consumption has more than doubled over the past ten years.

So let’s focus in on Dubai and Abu Dhabi individually and see what each emirate is currently doing. For Dubai, the aim is to dial down its carbon emissions on a massive scale. The hope is for the city to have the lowest carbon footprint in the world, with staggered goals over the next few decades culminating in 2050 with 75% of its energy being generated from renewables. Meanwhile, in Abu Dhabi the state-owned company Masdar has invested 1.7bn USD into clean energy initiatives to benefit the UAE and is building Masdar City in Abu Dhabi itself – a vast showcase of a city powered by renewables, functioning on a policy of zero waste. It is to be the hub for companies specialising in clean technologies and will be complete in just over a decade from now. It could well provide a template for designing all cities in the future.

So can all these efforts really change the future and stop pollution? Will they ultimately make the difference to our world? One study earlier this year at Stanford University states that not only are renewables the right direction but it is feasible for 139 countries to run on 100% renewable energy as soon as 2050. There would be a net gain in jobs (those lost in fossil fuels against those gained in construction and operations) and thanks to cleaner air the saving of around 4 million people from premature death.

It’s a wonderful vision and one in which innovative business people can play a part. As well as doing the world an enormous favour, the clean energy sector is big business and there’s nowhere better to be involved than in the UAE.

Breaking down green energy sectors in the UAE

Renewable energy is a wide umbrella term encompassing several industries from hydroelectricity and nuclear to wind and wave energy. For the purposes of this article we are talking specifically about the industries that look particularly promising in the UAE. So while nuclear fission plays a part in a cleaner form of energy generation in the region, it does involve non-renewable aspects such as uranium and plutonium. Here, what we are concerned with are those sub-sectors that are really clean and green and are showing great promise as a platform for entrepreneur investment.

So let’s look at some key UAE renewable markets that are ready to expand:

Solar: In the UAE, daily sunshine is a given. In fact, solar energy has the potential to supply most of the country’s energy. It can be harnessed from photovoltaic cells which directly convert sunlight to electricity, or alternatively by directing sunshine via mirrors or lenses to concentrate the thermal energy in one small spot, known as concentrated solar power.

The UAE is home to the Mohammed bin Rashid Al Maktoum Solar Park, one of the biggest renewable projects in the world. The first phase of the solar farm is up and running. It uses photovoltaic technology and is the size of 33 football fields. The plant will generate approximately 24 million kilowatt hours of clean solar electricity per year, while displacing approximately 15,000 metric tons of CO2. That equates to taking about 2,000 cars off the road. The ultimate goal is to generate one gigawatt of Dubai’s electricity from sun power, but it’s also a strong statement to the world about the UAE’s ambitions and capabilities in the energy sector.

Solar panels will be made a mandatory requirement for all buildings in the UAE by 2030. Solar panel installations and solutions for buildings will therefore be in great demand in the coming years and opportunities will no doubt be there for businesses quick to get in on development plans.

Wind: Together with solar, wind energy is the cheapest source of renewable energy in the UAE, making it a very attractive proposition. While sun is in plentiful supply and the UAE does not get the same level of wind as many other countries, new wind power technology is starting to change things. While some wind turbines can be impressive looking machines, there are now smaller units that can generate energy for domestic use and building complexes. So even though wind has not always been an obvious choice for our region, the demand is high for alternative energy and newer turbines that work on lower wind speeds. There is already an increase in interest in the northern emirates and islands.

Waste-to-energy: This is a process of treating waste to turn it into energy, usually electricity. This is a big research area and labs around the world are finding they can generate power from all kinds of waste – from animal dung to discarded food. There are a number of initiatives being planned in the UAE which correlate with the government’s Vision 2021 aims, and a goal to divert waste from landfill sites by 75% by 2021.

Contractors have been asked to provide proposals for waste-to-energy projects in Dubai and it is expected that around 2,000 tonnes each day of landfill waste will be shifted via this innovative concept of turning what is essentially rubbish into an energy supply. With this in mind, any solution that both reduces waste and also supplies renewable energy is going to look attractive for investment.

It is expected that around 2,000 tonnes each day of landfill waste in Dubai will be used to produce energy in the future.

Electric cars: Electric cars are still not that common in the UAE but they do exist and there is a noticeable effort to build charging stations, with Emirates National Oil Company (ENOC) installing nine of them in Dubai. Since the luxury Tesla electric car range has become one of the new symbols of the successful business person in the US and Europe, it’s only a matter of time until we see this industry take hold in the UAE. It just needs a nudge on infrastructure, a reminder of the benefits, and a few shiny electric cars to impress onlookers and the sector will fall into place.

The fact this is a young, future-looking industry should fit in nicely with the go-getting entrepreneurial attitude of Dubai.

Green buildings: This is not exactly clean energy but rather a promotion of green values and as a business concept it has real potential for UAE companies. Cutting back on energy waste is big business, worth an estimated 310bn USD worldwide according to the International Energy Agency. Smart energy technology, retrofitting buildings – these are ways working environments can limit wasting energy and significantly reduce carbon footprints and operational costs for businesses. One startup in Dubai, Taka Solutions, is thriving by retrofitting buildings to increase energy savings. They believe green initiatives can potentially reduce the UAE’s energy consumption by as much as 30% in the future.

Change is coming, be part of it

With any growth industry there is always the infrastructure needed to support it and the professional services required to rally around it. Engineers, analysts, IT support – just how to ‘plug in’ to this highly attractive sector is something many firms will be considering. Renewable energy is a huge market: The wider MENA region will be looking at energy investments of around 35bn USD per year by 2020 according to the International Renewable Energy Agency (IRENA).

We can see that while the UAE has one of the best domestic markets in the world for renewables, it’s also true that green energy innovation, design and manufacture is a highly exportable business – especially as technology and the energy itself gets cheaper to produce. The UAE is already selling its expertise and solutions to surrounding countries and beyond.

This is one indicator of why now is a great time to be involved in renewables. They are the future, but what needs to be understood is that this is a sector that is about to take off in such a way that it means some companies could make a lot of money in a fairly short amount of time.

The icing on the cake is that it is making our shared environment more sustainable.