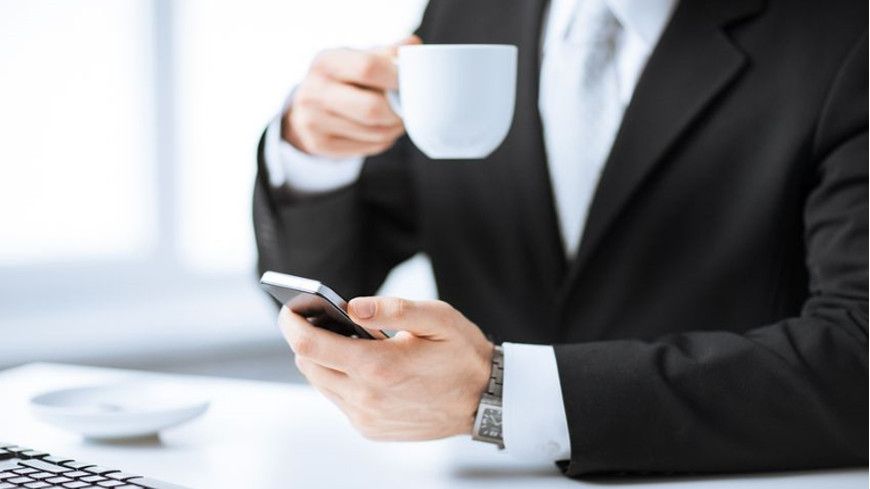 The internet is a very big place.

Full of information, opportunities and… statistics. The problem is that these stats are not always relevant – and they’re not always true. In a previous article we looked at the famous ‘8% of salespeople get 80% of the sales’ claim and why it’s not all it seems.

Still, statistics can be thought-provoking, so we’ve drawn together a selection and turned our attention to the actual lessons they can teach us – whether they raise a smile, an eyebrow or even a business case.

1. We send and receive 269 billion emails every day:

Let’s start with emails – everyone knows we have too many, but just how many are there? This year, Radicati Group puts the number of emails sent and received every day at around 269 billion. Some days it can feel like every one of those is sitting in your own inbox, but the average office worker will send and receive about 140 emails per day by 2018.

This year, Radicati Group puts the number of emails sent and received every day at around 269 billion.

What does that tell us about email? It’s often the first port of call for communication, but it’s not always the most effective. It’s worth considering walking across the office to speak to someone – it’s more direct, urges an on-the-spot answer, reduces the potential for misunderstandings, and slashes the email backlog.

According to Statisticbrain, the US sees more than 10 billion business cards printed every year. Of those, 88% find their way into the rubbish within a week. Based on those figures, we might be tempted to abandon the practice altogether, after all, it’s a very traditional, analogue way of getting your details around.

Well, not quite. Despite those numbers, the same survey found that 72% of business people would judge someone by the quality of their card and 39% would be put off by one that is ‘cheap-looking’. If there’s a lesson here at all, it’s that it’s easy to take business cards for granted – they’re relatively cheap, you hand them out, job done. Taking the time to stand out is worth it. If you’re going to use cards, make sure they get noticed, not binned.

3. Don’t get annoyed by LinkedIn anniversaries:

If you’re on LinkedIn, which 467 million of us are, you’ll be familiar with the wall-to-wall anniversary notifications – it’s someone’s birthday, somebody has a new job, that UX Lead you met a year ago just went freelance. It’s easy to put these in the bracket of junk and to pay little attention to them, or even deem them outright annoying.

But there’s another way to look at it. According to research conducted with LinkedIn, 85% of critical jobs are filled through networking. Relationships don’t end with sending or accepting an invitation – every update is an opportunity to reach out and reconnect with people. Sometimes a change in circumstances for someone else could mean an opportunity for you and your business.

According to research conducted with LinkedIn, 85% of critical jobs are filled through networking. Relationships don’t end with sending or accepting an invitation – every update is an opportunity to reach out and reconnect with people.

No, that’s not a typo. While it’s a popular belief that using social media flies in the face of getting things done – which is why so many companies ban access to the key networking sites – there’s research to suggest it can actually make us more productive. Microsoft and Ipsos conducted a study and found that globally, 46% of workers interviewed felt social media could actually increase productivity, particularly around getting things done with colleagues and customers.

Naturally, it depends on your line of business – the figure jumps to 52% in media and publishing. Sure, posting selfies won’t help sales, but many in the survey felt that employers were missing the useful side of social – nearly 40% believe social tools can improve collaboration.

5. Meetings on the other hand, not so much:

If you can relate to the meme about ‘surviving another meeting that should have been an email’, then this is for you. According to Attentiv, around 220 million meetings are held every month in the US with a staggering 63% going ahead with no agenda.

Of course you can’t and shouldn’t stop meetings altogether, but it’s a good idea to consider whether a meeting is really the best vehicle for what needs to be communicated and achieved. If so, then the crucial thing is to get an agenda in place. Meetings of more than three people can easily lose focus, shift direction and end up filling the allotted time with another subject entirely.

Research by Willis Towers Watson found that of those employees experiencing high stress levels, over half (57%) also felt disengaged. More engaged workers are more productive, and according to the University of Warwick the difference can be as much as 12%.

7. Many companies don’t know why their ‘best’ people are better:

A report from CSO Insights that divides salespeople into ‘world-class’ and ‘everyone else’ found that while firms could recognise some people performing better than others, fewer than half of the non world-class firms could articulate why. CSO found that for many companies assessment isn’t an ongoing journey. Fewer than half had ongoing competency measures in place and only 23% were set up to share their own findings across the company.

Even if that famous ‘8%’ statistic were true, based on CSO’s findings, many firms would have little chance of knowing. The message here is to turn your gaze inwards – why are your best people performing and why are others falling behind?

8. Around 44% of millennials expect to leave their job within two years:

According to Deloitte, 44% of millennials aren’t looking to stay for the long term. In a country such as the UAE that already has an issue with job-hopping, retaining quality staff will become more of a concern than ever. One answer is more money, which recruiters Robert Half noted is still a big driver, but there are others as well.

Deloitte found that among those who plan to stay beyond five years, 68% have a mentor. Employees who want to settle also want to learn and good managers must be able to hire based not just on solutions to an immediate problem, but for long-term potential too.

Employees who want to settle want to learn and good managers must be able to hire based not just on solutions to an immediate problem, but for long-term potential too.

In the UAE we consume 3.4 billion cups of coffee per day. While that’s only 35th in the world, in terms of population it’s a lot and it’s growing at 30% per year. Euromonitor believes our coffee habit could be worth AED 409 million by 2017, and interest is shifting from simply a caffeine fix to a nuanced appreciation of the bean.

What does that tell us about business? Well, maybe if we drank less we would be less stressed, more productive and those millennials wouldn’t be quite so fidgety. In all seriousness though, it’s indicative of the UAE’s vibrant, booming economy. It’s a great place to set up and grow a new business.

In the ten minutes or so you’ve been reading this article, Google has responded to 24 million search queries and Amazon has racked up over USD 2m in sales. That’s a lot of data, and money, and it explains why companies are investing in harnessing big data.

But while you need to think macro, you also need to think micro. More information isn’t necessarily more knowledge and while it’s important to embrace new ways of working, they shouldn’t come at the expense of knowing how to generate quality leads and build lasting relationships.

Social media and the internet are here to stay, but they can offer laser precision or a blunt instrument, depending on how you employ them. Allow your digital native millennials to harness the new, but make sure you mentor them in the old ways too.