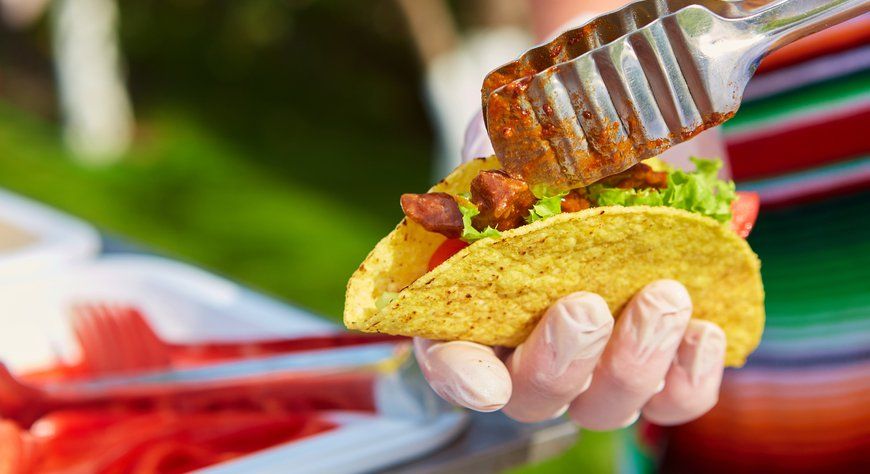 Time for a lunch break?

Or maybe it’s not even about lunch, but an entrepreneurial opportunity in the making. Because you may have noticed a change in Dubai recently: An abundance of food trucks. It’s a trend spreading throughout the UAE and the world – according to the Food and Agriculture Organisation of the United Nations, an estimated 2.5 billion people worldwide eat ‘street food’ on a daily basis.

It is hardly surprising then that statistics portal Statista puts the US food truck industry in 2015 at USD 850m.

So is the UAE likely to see a similar expansion? Should you be investing in food trucks? Or perhaps more importantly – what can an entrepreneur in any sector learn from observing a fast-moving new market?

What do we know about the food truck industry in the UAE?

Will the UAE street food market follow the lead of the USA? Early signs certainly suggest this is the case. Aside from the speed at which food trucks are popping up in both Dubai and Abu Dhabi, a 2015 report by the Global Restaurant Investment Forum (GRIF) identified street food as a key emerging trend across the Middle East.

The facts on the ground paint a similar picture, with the overall number of food and beverage outlets in general in Dubai reported to be likely to reach over 19,000 by 2020 – that is up from 16,234 last year. In terms of food trucks specifically, it’s clear there is expansion – just look at any beach or mall or event in the city.

The UAE’s new food truck scene has grabbed the interest of the rest of the world too. In February of this year, the Eat the World DXB festival (‘a contemporary street food, music and entertainment event’) descended on Burj Park, bringing with it some of the UK’s finest food trucks. A statement of intent if ever there was one that the UAE, and in particular Dubai, is taking this latest food revolution very seriously indeed.

With all that in mind, part of any entrepreneur’s planning is to look for movement and growth in a sector. Food trucks are a great example – more and more news stories, more and more evidence on the streets, and a sense of the rest of the world recognising that something special is happening in this sector in the UAE. The question as always is whether you can get in early enough.

Food truck challenges and what the entrepreneur can take away

While there are clearly many benefits to setting up in this fast-growing arena – not least the fact that it requires less capital, poses less risk and offers a fantastic opportunity to enter a market that traditionally comes with sizeable barriers to entry – the streets are not entirely paved with gold.

Obtaining a licence in Dubai, for example, can be a complex procedure: As it stands, food truck owners must have their business plan approved by the Department of Economic Development, after which they must seek permission to trade from the Dubai Municipality before finally getting the green light from both the RTA (as the truck will be licenced for the road) and DEWA (as it will need water and electricity.)

What’s more, while far cheaper than procuring a permanent eatery, setting up a food truck is certainly not cheap. Costs vary hugely depending on size and type of cuisine, but estimates put it anywhere in the region of AED 500,000 and upwards.

Obtaining a food truck licence in Dubai can be a complex procedure.

So what is the situation globally? And what can we take from this for the UAE?

According to business and industry intelligence publisher IBISWorld, the food truck industry from 2011-2016 has seen annual growth of around 7.9% in the United States. They describe the ‘remarkable rise’ that has occurred, driven often by the wide variety of gourmet offerings at very affordable prices for consumers. Yet competition is high and various US cities do impose tough regulatory conditions which do limit growth. What’s most interesting is that the report concludes that the food truck industry has in fact out-performed the wider food and beverage industry in the US in terms of revenue expansion.

Staying with North America, Canada’s market is still in its relative infancy – many cities only started offering food truck licences in 2011 – but the street food revolution is picking up pace here as well. In 2015, Toronto issued over three times as many vendor permits as the previous year, while Calgary issued almost twice as many in 2016 than in 2014. IBISWorld puts growth at around 2% year-on-year.

In the UK, the market is skyrocketing. The British Street Food Awards claim the market is worth approximately GBP 600m (USD 755m) with impressive growth of up to 20% annually. It’s reported that around half of London-based consumers eat street food at least once a week.

Around half of London-based consumers eat street food at least once a week.

There’s no doubt the UAE food truck industry is making great strides – you only have to spend some time out and about in Dubai to see that. And as food trucks are a fairly new addition to the Emirate’s culinary scene, now may well be the time to make a foray into the market. With food truck numbers still comparatively low, there are likely many as yet untapped cuisines that could prove fruitful for entrepreneurs who are willing to put in the hard work.

However, just as there are plenty of success stories, there are many horror stories too – largely involving entrepreneurs investing in their truck long before they have navigated their way through licencing or even secured a spot. Applying for a licence needn’t be a headache, but it does require an expert eye and should not be attempted by a newcomer to the food industry without first seeking business and legal advice. The key to launching a successful food truck startup is all in the preparation: Laying the groundwork and securing the right permits and location before investing in vehicles, equipment or anything else.

That said, with the right support and advice, the conditions look as perfect as they’ll ever be for those who move early to make substantial headway in a market that is yet to reach its maturity.

Is it time for you to hit the road?