Home > Business Success and Challenges > The amazing story of Facebook 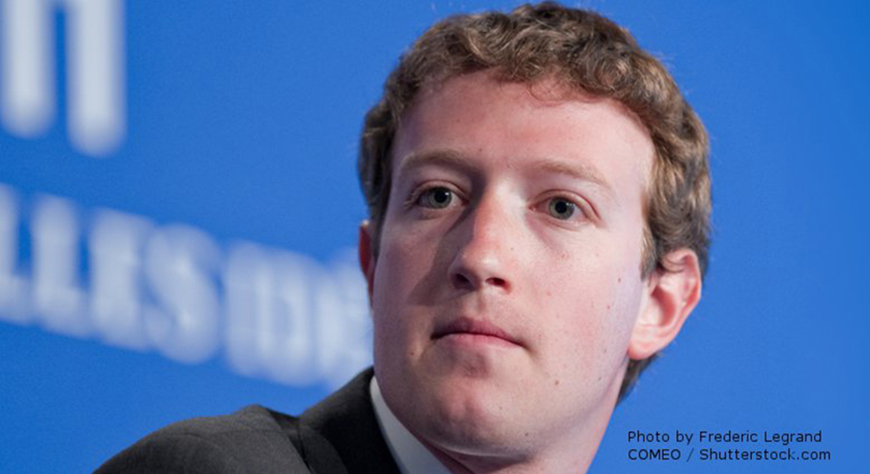 It’s already been five years since the blockbuster movie “The Social Network” roared into cinemas, giving us a Hollywood-style view of Mark Zuckerberg’s meteoric rise from Harvard dropout to tech billionaire. At the time of the movie’s release, Facebook was just six years old, not yet a public company, valued at what many thought was an insanely high $40 billion, and just shy of the billion user mark.

Today those numbers look rather small in comparison. The now public company’s market cap is teasing the $300 billion mark, and the social network has about 1.5 billion monthly active users (MAUs). What’s more, the company formerly known as “thefacebook.com” shows no signs of slowing down.

These are just some of the reasons why Facebook is in the spotlight for this month’s “Amazing Companies Feature”, in which Virtuzone takes a look behind the numbers of some of the sharpest risers in the business world. By charting Facebook’s phenomenal success through several key periods of its growth, we begin to see just how this behemoth of an organisation came to be – from a student’s vision to a company that is pulling in billions in revenue each quarter.

From college dorms to Silicon Valley

In February 2004, Mark Zuckerberg and college classmates – Eduardo Saverin, Dustin Moskovitz and Chris Hughes – launched the platform from their college dorm at Harvard University. In what was a precursor of things to come, the site, only accessible by Harvard students, quickly gained popularity on campus and within just 24 hours over a thousand users signed up. Just a month later, over half the Harvard undergraduate population were members.

In the months that followed, Zuckerberg’s social network was rolled out to other Boston universities and the rest of the Ivy League. By the summer of 2004, Facebook had made its way to Palo Alto, setting up shop in the heart of Silicon Valley. It was here that the company met with its first big-time investors, with venture capitalist Peter Thiel recognising Facebook’s potential and promptly investing half a million dollars into the company in July 2004.

By March 2005 Facebook’s star was well and truly rising, and in a move that would come to be indicative of the business acumen of Zuckerberg, he turned down a breath-taking $75 million dollar offer for his social network from media giant Viacom.

Just a few months later things really got started as the social network was opened up to high schools across the US and universities worldwide.

Another year, another offer

The following year was very much a case of “another year another offer” for Facebook, when in what many at the time called another brave (or foolish) move, Zuckerberg once again turned down a staggering sum for his fast-growing company. This time it was internet juggernaut Yahoo! who came knocking to the tune of $1 billion (it’s worth pointing out that today Yahoo! is about a tenth the size of Facebook). It was also 2006 that saw one of Facebook’s greatest developments: From September, Zuckerberg’s social network was extended beyond educational institutions and opened up to absolutely anyone over the age of 13 with a registered email address.

Jump to 2007 and Facebook began to change shape into the social network we know today, with the News Feed being introduced, propelling the site from a means to communicate into a hub for social news and events.

In October of the same year, Mark Zuckerberg suddenly found himself in discussions with Microsoft, when the software behemoth put up $250 million to acquire just 1.4% of the company. That would put the valuation of Facebook at just over $15 billion, which again had many analysts shaking their heads in disbelief – and many more doubting the “foolish” valuations that in hindsight were anything but.

As the year 2008 approached the horizon, Facebook was already home to over thirty-million registered users.

Show me the money

By summer of 2008 the social network had over 100 million users signed up to its service, and by early 2009 it took over top spot from Myspace as the world’s largest social network. Late 2009 brought with it yet more cause for celebration, when Facebook – shortly after welcoming its 300 millionth member – announced it was officially banking a profit for the first time. This was to prove a turning point for Zuckerberg, as up until now, despite its incredible success, Facebook had yet to demonstrate that it was able to translate mega-traffic into mega-profits – unlike its web-giant rivals Amazon, Google and eBay. Of course this was no surprise to those who understood the business, but it at least quieted those analysts who would not let up about Facebook’s “lack of monetisation” efforts.

Then came the obvious next step: After months, if not years, of speculation, Zuckerberg took the decision to float Facebook on the public stock market in May 2012. The Facebook IPO priced at $42 went on to raise just over $16 billion, the third largest in US history – valuing the company, just eight years after launch, at $114 billion – making it worth more than eBay, Yahoo!, Groupon, LinkedIn, Netflix, AOL, Zynga and Pandora combined.

The social network also passed the one-billion user mark in 2012, while posting revenues of over $5 billion. Facebook continued to repay its investors’ confidence in the years that followed, increasing revenue to almost $8 billion in 2013 and to over $12 billion in 2014.

Where to from here?

Today, Facebook’s meteoric rise continues unabated. The site is currently visited by almost 1.5 billion users every single month, and at the last count, Zuckerberg’s mammoth social network stock is trading at over $100 a share.

As for the future of Facebook? Well, just about every analyst is bullish. The company has put itself – or found itself – in a position where it will be very hard to make a wrong step. And Zuckerberg has proven himself one of the master CEOs of our time. Not just in refusing the many buyout offers that came across his desk over the past years, but in acquisitions that show a very clear vision of how to continue to add billions of dollars in new revenue channels.

Worth mentioning here is his acquisition of Instagram in 2012 for $1 billion. As was to be expected, there was much snickering, and many analysts were quick to call it a mistake – just as they did when he turned down the $1 billion Yahoo! offer. Well, Instagram’s growth continued to skyrocket after the purchase, and today it is valued at as much as $35 billion. While this is a painful fact for the original Instagram founders, it is one that puts Zuckerberg among the business geniuses of his time.

And so one last number for you: Zuckerberg’s personal net worth is today closing in on $50 billion. And while he is no doubt on his way to one day claiming the spot as the world’s richest individual, he will remind us all that it is passion and vision that drives our success. If “Zuck” had been thinking only about money from day one, he would have cashed out at the first decent offer, and Facebook would no doubt have not evolved into the success it is today.