The amazing pull of “Brand Dubai” 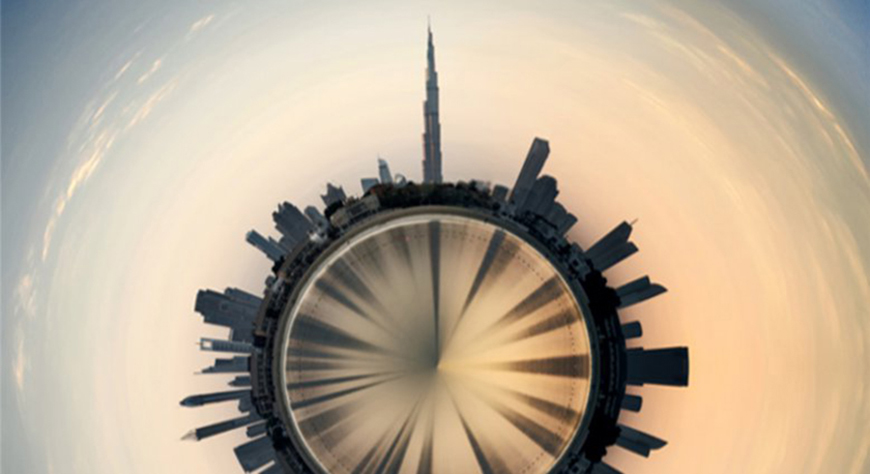 What is a brand? While that question might seem easy to answer, it’s not nearly as clear-cut as people think.

Take your favourite company or product or logo. Why do you like it? How does it makes you feel?

It is that last question which holds the most importance, as that is at the very heart of what a brand is.

A brand is in fact not a logo, not a product, and not a company. A brand is your “gut feeling” about a product (or service) or organisation. That is, it is about how you feel when you think about your Nike shoes, when you look at them, when you wear them, when you jog with them, when you consider how others view you when you are wearing them, etc.

It is, according to branding expert Marty Neumeier, “your gut feeling, because brands are defined by individuals, not companies, markets, or publics.” And it only becomes a brand when “enough people arrive at the same gut feeling” about the company or product or service.

Many things can be a brand. People, for instance. Obvious examples include a business leader like Richard Branson, a famous singer like Madonna, or a sports hero like Muhammed Ali.

And in getting to this article’s topic – that of Dubai as a  brand – so too can cities become brands. And as far as cities go, Dubai is one of the most powerful brands in the world.

But why? What springs to mind when we consider “Brand Dubai”? What is our collective gut feeling?

For many, it is postcard visions of opulence: a tax-free haven by the sea; the tallest building in the world; luxury hotels; the Palm Islands; a police force that has a fleet of luxury cars that among others includes a Lamborghini, a Bentley, a Bugatti, and a McLaren; the world’s largest shopping mall; Skydive Dubai; the seven-star Burj Al Arab with the tennis court at the top (even though it is not really a seven-star hotel and that’s a helipad not a tennis court); and much more.

All of this comes together to influence how people around the world – whether they have visited or not – collectively feel about the city.

So how did Dubai get to this level? Well, it becomes a tricky – and a rather philosophical “chicken and egg” discussion. But needless to say tremendous vision, foresight, and planning, as well as flawless execution, have all gone into creating what we can ultimately refer to today as “Brand Dubai.”

How did “Brand Dubai” happen?

The development of Dubai into a powerful, wealthy land of opportunity has been no accident. As far back as the late 1980s – when the city’s oil reserves were only predicted to last another 30 years – Dubai’s leadership has been focused on building a strong commercial environment with the express intention of projecting a prosperous and welcoming image to visitors and investors from overseas.

It was also in the 1980s when the UAE as a whole set out to differentiate itself from its neighbours in the Middle East – some of whom were generally viewed unfavourably by the West for various reasons. One step that was taken was to set up the Department of Tourism and Commerce Marketing. The department’s aim was to promote the UAE, and in particular Dubai, as a forward-thinking, world-class commercial hub. A city of the future.

And of course you don’t get far just by saying something is a certain way. Dubai has built itself out accordingly, with rules and regulations for business and foreign investment that rank among the most favorable in the world according to various global economic bodies, including the IMF. In fact Dubai is now recognised as one of the easiest places in the world to do business.

Dubai’s leadership has also been keenly aware of building out a city that caters to many tastes – and as those tourism numbers will show, certainly to the masses. This is a fun city to call home or to spend a considerable amount of time in, which of course makes it a very attractive expat location – and preceding that and as an extension of that it is of course then a preferred spot for regional headquarters for those multinationals.

According to a 2012 study called “Why Dubai” by Dubai FDI, the foreign investment office of the Department of Economic Development (DED), it is in fact Dubai’s lifestyle and retail choices that are among the top reasons why both people and businesses move to and invest in the city. That, along with “its visionary leadership, pro-business government, suitability as a global hub for multinational firms, connectivity, logistics infrastructure, and pre-eminence in information and communications technology” give it a major edge over other cities in the Gulf and beyond.

In fact, the same study found that for a vast number of multinationals venturing to Dubai, lifestyle factors – such as shopping, leisure and entertainment – were just as much of an attraction as the city’s infrastructure and proximity to key markets in both the East and West. Clearly then, this successfully cultivated and expertly marketed “brand package” has more than played its part in helping Dubai rack up almost $8 billion in outside investment in 2014 – up from $2 billion 10 years prior.

As for the specifics on those tourist numbers, well, they are of course now the envy of cities around the world. Dubai will slide into spot number four in terms of most tourists in 2015, just behind Paris, Bangkok, and London. And not content to stick around at the number four spot for long, Dubai has set itself a target of reaching 20 million annual visitors by 2020, which, given the year-on-year visitor growth rates over the past years, seems highly likely.

As “Brand Dubai” becomes somewhat of a self-fulfilling prophecy, with its growth and success leading to a snowballing of global awareness – which in turn leads to further growth and greater success – the city is by no means resting on its laurels. Case in point: Vice President and Prime Minister of the UAE, and Ruler of Dubai, HH Sheikh Mohammed bin Rashid Al Maktoum, recently set up the Dubai Corporation for Tourism and Commerce Marketing (DCTCM).

The new government body intends to establish offices in key cities around the world to market “Brand Dubai” further afield and attract yet more inbound travel and trade. As an affiliate of the Department of Tourism and Commerce Marketing, the department’s remit is to “take direct responsibility for the marketing and promotion of the Emirate of Dubai”, which entails promoting the Emirate’s “tourist facilities, resorts, products and services through advertising, event organisation, festivals, exhibitions, entertainment and commercial shows, social media, digital marketing and other means of communications”.

It’s again just one example of how “Brand Dubai” continues to build, and as I said at the outset, it is quite a philosophical discussion. That is, are these and all the other combined initiatives simply not part of creating a good investment climate and then getting that message out to attract investment – as many cities around the world are trying to do? Or is there a conscious and concerted effort to put something in people’s minds that makes them feel a strong desire to be a part of this place?

The answer lies somewhere in the middle, but one thing we can be sure of is that there is a real intelligence here with respect to how Dubai has gone about shaping how the rest of the world views it. To fall back on one example mentioned at the outset: The luxury car purchase for the Dubai Police was, in the bigger picture, a rather small investment for the Dubai Government to make. But if you think about how that story was picked up by and featured across all major news outlets around the world – and how coverage of such events then contributes to supporting that tourist growth and direct investment in the city (and indeed they do) – then we can hardly call “Brand Dubai” a chance occurrence.

The real story is beneath the surface

Today Dubai is home to 26,000 millionaires. And while those constant references to money and wealth and fancy cars and private jets may seem a bit shallow, they are not, because beneath that surface image lies a whole lot of depth. And in fact those “five-star” references are simply that – references. Or rather, “easy reference points” for the world to latch onto. A closer, deeper look reveals a city that has, in just a few short decades, transformed itself into a global hub for tourism, retail and business through measured planning and execution. An incredible achievement, to be sure.

And so it is a story that keeps adding new chapters. The upcoming Expo 2020 in Dubai will provide the city with yet another opportunity to shine on the world stage. Beyond that – and in the meantime – we can safely say that the same sort of strategy that has led to the success of Dubai and “Brand Dubai” will continue to guide the choices of the Emirate’s leadership.