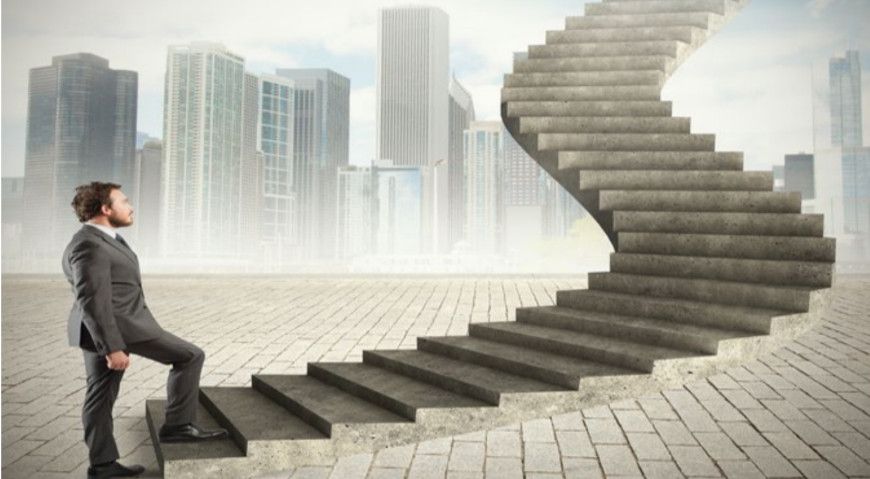 Serial entrepreneurs often exhibit traits which set them apart from their one-time counterparts.

These characteristics help explain why, instead of just cashing in and retiring, some business owners just can’t stop founding new ventures. And that’s important for us here in Dubai: startups and SMEs are the lifeblood of our economy, accounting for 95% of all enterprises in the emirate and 43% of the total workforce.

But what differentiates a successful serial entrepreneur? How can you tell if you’re in that category, and what are the signs to look out for?

While the definition is simple enough – somebody who exits their first, second or even tenth successful business in order to start another – the answer is a bit more nuanced than simply the number of businesses they have established.

Here we take a look at five characteristics that distinguish the serial from the one-time founder; and how they might influence your business style, for better or for worse.

1. You enjoy being involved in business growth more than anything else:

The draw of the startup and the challenges of growing a new business from scratch are too strong to resist for serial entrepreneurs. And although they thrive on the high-growth job production stage of a young venture, as it becomes established and growth slows, they lose their key motivator for staying in the business.

A 2016 report from UK think tank the Centre for Entrepreneurs shows that over 90% of entrepreneurs who have founded six to 10 businesses cite being involved in business growth as their principal motivator.

A 2016 report from UK think tank the Centre for Entrepreneurs shows that over 90% of entrepreneurs who have founded six to 10 businesses cite being involved in business growth as their principal motivator. But once they’ve launched their venture into a sustainable growth trajectory, that motivation evaporates, leaving a vacuum which gets filled by – you guessed it – another venture.

What are the implications of this for your business style?

Having a burning interest in the intense foundation and growth stages of a business could leave you bereft if you don’t feed your passion. But if you are one of those entrepreneurs who gets completely subsumed by the growth phase, it’s important that you keep referring back to your long-term strategy for the businesses you’ve already launched. You’ll have to put plans in place to anticipate that vacuum and delegate effectively before you move on to the next venture, so the business continues to grow and thrive without you.

2. You don’t enjoy the day-to-day running of a business:

Entrepreneurs typically wear many hats when running a new venture, at least in the early days when resources and time are scarce. They’re usually immersed in the routine of running their business, from negotiating leases to marketing to bookkeeping to ordering paper clips. And most one-time entrepreneurs seem to relish those routine activities – according to the Centre for Entrepreneurs’ Beyond the first business report, 80% of one-time founders cited day-to-day involvement as a motivating factor.

But serial entrepreneurs don’t share that excitement. Only 55% of founders who have launched between six and 10 businesses report that they enjoy the day-to-day routine.

Again, if you’re not so keen on the day-to-day stuff it will impact the way you manage your businesses. You’re likely to be less interested in minutiae and more willing to delegate the day-to-day running of your venture. The positive side-effect of this management style is that your employees will have greater independence and freedom to do their jobs and you will be less likely than other business owners to fall into the trap of micromanaging every last aspect of the enterprise.

3. You are less afraid of failure and confident in your business abilities:

According to the Centre for Entrepreneurs 2016 survey, around 40% of one-time founders admit to being afraid that their business will fail. But that figure drops dramatically, to only 13%, for entrepreneurs with between six and 10 businesses under their belt.

This suggests that the fear of failure starts to evaporate when entrepreneurs’ confidence in their abilities is strengthened having repeatedly tested them. The findings of Beyond the first business seem to bear this out: 91% of founders who have established between six and 10 businesses showed confidence in their business abilities against only 67% of one-time founders. And that combination of fearlessness and confidence would seem to give serial entrepreneurs a different perspective on risk as they progress from one venture to the next. As the Centre for Entrepreneurs puts it, ‘as entrepreneurs set up more businesses, they appear to become simultaneously both more and less risk averse’. In other words, they tend to hedge more and place a greater emphasis on planning for the unexpected. But as the report goes on to note, at the same time they also feel more confident and capable of turning risk into opportunity and more likely to describe themselves as financial risk takers.

It’s an interesting paradox. Traits like this are likely to encourage you to undertake highly calculated risks, leading you into avenues which others might deem too risky. Still, it’s wise to maintain a healthy fear of failure whilst remaining mindful of being overconfident. As business psychologist Mark Parkinson notes in This is what serial entrepreneurs are made of, although overconfidence appears to be a pre-requisite for serial entrepreneurs, ‘being alert to this tendency might help businesspeople temper the ideas at the wilder end of the spectrum and avoid mistakes’.

In short, with the right guidance, you can turn both fearlessness and overconfidence into a positive force.

4. You are restless, curious and distracted by new opportunities:

Are you always looking for opportunities for change in your industry sector and others? Beyond the first business reveals that half of all serial entrepreneurs who have established between six and 10 businesses are easily distracted by new opportunities, compared to only 16% for their one-time counterparts.

But restlessness and distraction seem to be borne of curiosity rather than boredom. Restlessness tends to reveal itself in a serial entrepreneur’s interest in many different business sectors rather than just one. And this is often accompanied by a passion for turning problems they see into new business ideas. According to Parkinson, they tend to have wide-ranging interests and this lies at the root of their being serial entrepreneurs in the first place. ‘There is always another idea or business model around the corner,’ he observes, ‘and the wish to throw the dice again is hard-wired into them.’

But what does this mean for your business style?

Serial entrepreneurs are more open to new opportunities than one-time founders, so they’re more inclined to be always thinking about setting up another new business.

Simply put, serial entrepreneurs are more open to new opportunities than one-time founders, so they’re more inclined to be always thinking about setting up another new business. You shouldn’t be worried or feel guilty about having itchy feet. It’s natural and, if handled correctly, will carry you from one successful venture to the next.

5. You dreamed of starting your own business at a young age:

It seems that serial entrepreneurs develop an intense focus early in life. According to the Centre for Entrepreneurs, more than half of those surveyed in the UK actually started their first business before the age of 25. So if you’ve been envisaging yourself as a successful business owner since you were a child – whether a single business idea or multiple potential ventures – you’re likely to have developed a keen focus and an appreciation for strategy. As any entrepreneur knows, the ability to strategise effectively can help you establish a growth trajectory more quickly, before you hand over the reins and move on to your next venture.

Past success, however, is no guarantee of success in the future.

A 2014 discussion paper published by the Centre for European Economic Research – entitled If You Don’t Succeed, Should You Try Again? – studied 8,400 new ventures in Germany. Oddly enough, it found that serial entrepreneurs are no more likely to survive or succeed in their new venture than novice entrepreneurs, which seems to challenge the conventional wisdom that experience gained from past success breeds yet further success. But although there are many factors involved in the outcome of a business, an appreciation of your own entrepreneurial tendencies can help you establish whether you’re hard-wired for serial entrepreneurship or better suited to sticking to your successful one-time venture.

Skills and knowledge can be learned, but our motivations and purpose – the human characteristics and traits that drive us and our ventures – are more ingrained. If you have a strong internal locus of control – a strong belief in the degree of control you have over events and outcomes in your life – that may be an indicator of your entrepreneurial mindset.

If you believe you can really make a difference and you’re brimming with ideas to solve problems, contribute to society, and fulfil key psychological and spiritual needs (rather than being driven solely by material motivations) perhaps it’s time to start planning your next venture.