5 reasons to start your own business in Dubai 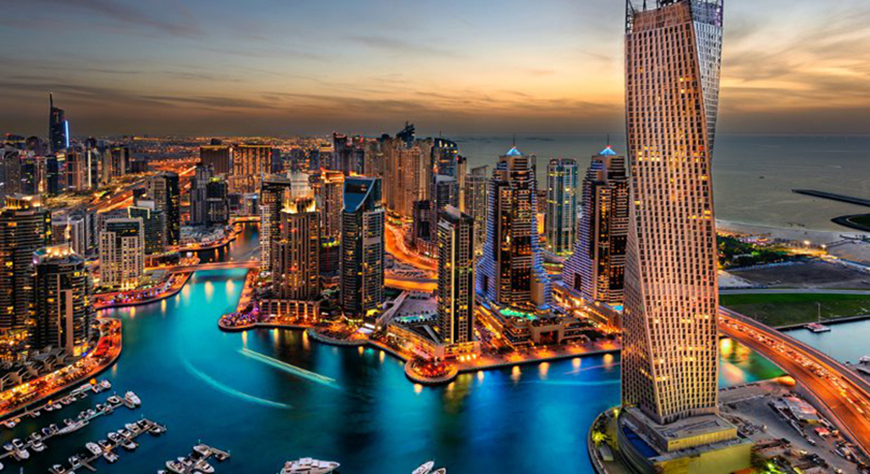 From its rather humble beginnings, Dubai has come a long way in establishing itself as the successful, industrious business centre it is today. This is due of course in no small part to the discovery of oil in the region in the mid-1960s which kick-started rapid economic growth, transforming the city from a small trading community into one of the most vibrant social and business locations in the world in just 40 short years.

When we look at how far the city has come in such a short space of time, it is easy to see why starting a business here is such an attractive prospect to many entrepreneurs. In fact, Dubai’s Department of Economic Development (DED) reports a 13% year-on-year increase in new startups looking to do business in the city.

But because it is so easy to get lost in the bright lights, flashy cars, penthouses, and “five-star everything” that have become synonymous with Dubai over the years, it is also easy to overlook the specific fundamentals in place that make this city so attractive for businesses large and small. Let’s now take a look at five reasons why Dubai is so well-suited for setting up and growing businesses in just about any industry.

According to the 2014 Metroglobal Report, Dubai is the world’s fifth fastest growing city economy. When you consider that the city-state was ranked in 18th place the previous year, this is a massive 13-point jump – and it puts it way ahead of some other major cities, including London, which came in at number 26.

And it must be pointed out that Dubai – despite what many around the world falsely think – does not owe all of this success to oil. Far from it, in fact, as it is the most successful economy in the United Arab Emirates to have diversified away from oil. A vast array of industries now contribute to the city’s success – from logistics to construction to commerce to tourism to trade – as more and more new businesses look to take advantage of the region’s stable and rapidly accelerating economy.

One of the biggest struggles when starting up any new enterprise is finding the right people to work with. Dubai wins again. Its liberal and cost-effective labour laws, along with its desirable working location, make it both easy and – perhaps most importantly – rather affordable, to recruit employees from almost anywhere in the world. The ease at which expatriate workers – who make up a staggering 90% of the city’s labour force – can enter and exit the UAE also makes it easier for businesses to scale their resources up and down as needed.

Dubai’s location, infrastructure and business reputation – the jewel in the crown of the Emirates – makes it not only an ideal place to conduct business from, but also an incredibly easy place to attract business to.

Situated at the heart of the global business behemoth that is the UAE, businesses in Dubai have unrivalled access to the 1.5 billion strong consumer markets of Africa, West Asia, Eastern Europe and the neighbouring Middle Eastern countries. As thousands of new businesses discover each year, Dubai lies at the gateway between East and West, making it one of the most popular destinations for trade and investment around the world.

The city’s state of the art transport links – which include two of the region’s largest ports and the Arab world’s largest airline – also provide outstanding physical links to rest of the world, cementing its place at the epicentre of the global economy.

Aside from the outside factors that make now a great time to launch a startup in Dubai, the actual mechanics of setting up a business make it an attractive proposition as well.

Registering a new business is incredibly straightforward and affordable, and can be achieved in a matter of weeks. What’s more, the government’s low-barriers to entry and business-focused policies help to incentivise investment in new businesses, as well as facilitate trade links within the Emirates and throughout the rest of the world.

In fact, the government of the UAE places new business at the heart of its plan for long-term economic stability, which is reflected in its favourable business regulations and its state-of-the-art investment infrastructure designed to support small and growing organisations.

Further incentives such as the absence of foreign exchange controls, trade barriers and quotas help companies in Dubai remain competitive in the global market – while labour, energy and financing costs are also competitive in comparison to the rest of the world.

Finally, it would be impossible to talk about the benefits of doing business in Dubai without mentioning taxation – or better to say lack of it. With the exception of the oil and banking industries, corporate tax for businesses in Dubai remains at a flat rate of zero – offering an unrivalled competitive advantage when it comes to trading with the rest of the world.

Know what you are getting into

Of course, positive economic data in an environment that fosters entrepreneurialism is one thing, but as with any startup anywhere in the world it’s vital to have a full understanding of the intricacies of the market you wish to enter. Many new businesses get off on the wrong foot by acting on the wrong information. So you will need to ensure your business plan is viable and you have an understanding of the legal and licensing requirements of launching your business.

Working in conjunction with a partner like Virtuzone helps new businesses ensure that they are ready to go to market and succeed – boosting sales, increasing brand awareness and ultimately helping them to take their place among the thousands of other organisations that make Dubai perhaps the greatest city in the world today in which to start and build a business.