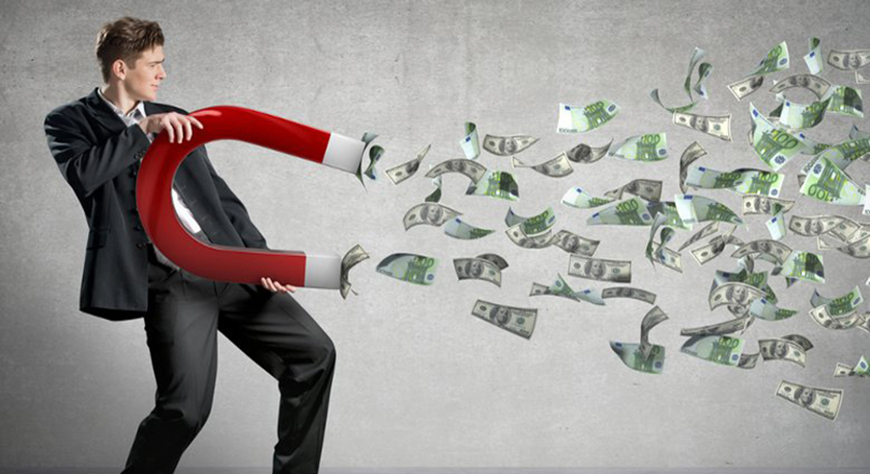 If I’ve learned one thing over the years in my work in the startup community, it’s that coming up with the “game-changing idea” is a pretty small part of the equation. In fact, if you sit down and brainstorm for half a day with a group of entrepreneurs (or a group of friends, for that matter), I’m pretty sure you’ll end up arriving at more than a few ideas that could be considered viable business opportunities if properly executed on.

And that’s the point here: Ideas are not all that hard to come by, but the proper execution of those ideas is indeed a rarity, and it’s what separates the successes from the failures every single time. As the legendary Silicon-Valley based author, speaker, entrepreneur, and evangelist Guy Kawasaki puts it: “Ideas are easy. Implementation is hard.”

It’s why I often advise those who are keen to start their own businesses not to tear their hair out trying to think up the “next big thing”. Not many of those startup ideas out there are truly unique. Indeed, most of those million- and billion-dollar ideas were simply borrowed from others – borrowed from the markets. That is, they already existed, whether it was the concept for Facebook’s social media platform, Amazon’s online shopping experience, Elon Musk’s electric cars, and so on. None of these were original ideas. Not even close.

Now your idea is of course very important in the sense that it should be something that you are passionate about, but I believe one of the best ways to find an idea you are passionate about (when it is not already obvious to you) is to simply do some market research and see what sectors are heating up – then look deeper into those sectors or concepts that grab your fancy to see if you can arrive at your “borrowed eureka moment”.

And so in this article I take a look at five sectors that I believe are going to present endless startup opportunities in the years to come. There are of course so many more we could present or explore – and I’ll do so on a regular basis in future articles. But without further ado let’s get to today’s list and see if any of these areas get your startup juices flowing.

Live chat services have been on the scene for a good long time now. Yet while it seems every other site you visit these days greets you with a friendly beep and a “How can I help you?”, the reality is that there is so much demand and there are not enough qualified live chat vendors to meet it.

The rapid increase in live chat is unsurprising given that we are all about wanting instant answers. And with the website being that point of sale for many businesses around the world, the last thing any company wants to see are customers slipping away due to not getting immediate answers to their questions. Live chat services are of course the perfect way to get them those answers.

Now the major selling point of live chat is that it works. According to a recent poll by Anderson Consulting, almost 62% of online consumers say they would purchase more from companies where live support is available. What’s more, a separate study by eMarketer found that 63% of customers were more likely to return to a website with live chat, while 38% said they made their purchase based on the chat session itself.

And the figures no doubt look good here for the market as a whole. According to RnRMarketResearch, the live chat sector is expected to grow at a rate of 17% annually in the coming years and reach $8.39 billion by 2019.

There is a growing belief in the business world that email as we know it is, well, a rather miserable form of communication. And I have to say I am firmly on board with this way of thinking. Quite simply, email, as we use it now, is not fit for purpose. It is distracting, it takes up far too much time, and its inefficiencies are downright expensive for companies – with a recent study by Loughborough University estimating that businesses fork out in the region of $15,000 per year per employee as a result of time wasted dealing with irrelevant and unnecessary emails.

In light of this, many companies are implementing email alternatives in an effort to wrestle back control of those inboxes. Without a doubt, the biggest beneficiary of this move away from traditional email is Slack, a tool which brings together all channels of communication — including email, IM, social media and file sharing. Slack has capitalised on this anti-email feeling to such an extent that in only its third year in operation it already has a valuation of several billion dollars.

There is plenty of opportunity here, folks. If Slack is doing that well that fast, this is clearly just the tip of the iceberg, and entrepreneurs with a flair for communication will want to take a much closer look at this space.

Virtual reality (VR) is an industry I have written about before, and I make no apologies for just how bullish I am about the potential in this space. Now one area that I am particularly passionate about when it comes to VR is education and training. And I’m not alone here: At the massive and hugely popular Consumer Electronics Show (CES) in Las Vegas this past January, it was the education sector that was in fact predicted to see the biggest impact as a result of VR.

It’s not hard to see why. I mean seriously, can you imagine any better way to spark the imagination of a group of high school students than by giving them the opportunity to experience flying through the cosmos or walking beneath the famous arches of the Roman Colosseum? And what about the much more advanced applications – such as VR’s potential in training doctors or surgeons?

Naturally, there are plenty of big boys vying for market share here, including Facebook, Google, and Microsoft. But the infrastructure players are often simply there to lay down the framework in which you specialists get to build. So if education is your thing, you’ll want to take a closer look at how VR is going to change the way in which we learn, because there is no doubt in my mind that you will literally be tripping over great ideas here that simply need the skilled entrepreneur’s touch to bring to life.

It may be difficult to envisage a world without cash just yet, but the numbers reveal that the mobile payments industry is going to see a whole lot of development in the years to come. A recent study by Forrester Research predicts that US mobile payments will reach $142 billion by 2019 (up from $52 billion in 2014), while research firm Statista puts the global mobile transaction numbers past the $1 trillion mark by 2019.

Again, as with most emerging markets, the big players will be hard to dislodge. But the beauty of new industries is that everyone – be they tech giant or fresh-faced startup – has to cut their teeth at the same time and carve out their own niche.

One particular very hot space within this sector is actually away from the more headline grabbing point of sale (PoS) technology, and in the area of P2P mobile payments. With a host of new generation apps making the transferring of money from one person to the other easier and easier, global mobile peer-to-peer transaction volume is already in the tens of billions of US dollars per year, with Business Insider suggesting the full transaction size of this market is in the trillion dollar plus range.

Drones have kicked off in a huge way in the last few years – so much so that aviation authorities around the world are scrambling to introduce regulations to deal with the increasing numbers of these devices in our skies. It’s important to remember, however, that drones are far from just a very expensive stocking filler for the occasional hobbyist.

Indeed, while ABI Research predicts that the unmanned air vehicle (UAV) market will surpass $8.4 billion by 2019, it is the commercial usage of the technology that will dominate the market. The real opportunities, according to analysts, are in the practical uses of this technology in a range of industries from construction to agriculture.

The applications are truly vast: drones assessing damage to skyscrapers, inspecting farmlands and oil fields and mines, helping to combat forest fires by providing images and other intelligence – to name just a few examples.

It’s no doubt a sector where the creative meets the practical, and as such it’s in many ways the true entrepreneur’s ideal challenge.

So although this article was about introducing some possible business idea directions, I want to wrap up by clarifying that it’s key for the entrepreneur to in fact not spend too much time on that idea stage. It’s actually a recipe for never getting anywhere. When you believe you have found a path you want to go down (and assuming you have done some basic research to identify market potential), then I want you to move on it quickly, because as I mentioned at the outset, it is not the ideas that make the success, but the execution of those ideas.

Again to stress: When we talk about “great ideas” like Facebook’s social platform or Apple’s iPad or Tesla’s electric cars, we are not really talking about superior ideas, but about the superior execution of an idea that was already out there. So whether it is any of these five above sectors that catches your fancy, or any of the thousands or tens of thousands of other potential ideas out there, don’t run yourself in circles trying to decide if the idea is any good; rather, simply pick your direction and begin finding out if you are in fact a great implementer.

Only through building does the idea really start to come to life and indeed start to make sense. You want to have something to look at, to play with, to test, to show to others. This will help you apply common sense to an actual thing instead of spending time trying to get everything perfect in your head – which at best will only delay your launch plans, and at worst will possibly even psyche you out completely and so prevent you from ever taking that first step.